By the music business coming undone, all of us, the jaded and the young are getting a second chance. A do-over. That's a grace, a gift. Let's don't squander it.

I've been thinking a lot about my generation and our relationship to music as listeners and creators. The destruction and reinvention of the music business will do that to a person.

For the recording artists, songwriters, and record producers of my generation, the music was everything—at least in the beginning. Idealism permeated every choice. If you had the requisite talent and ambition, you rose up through various circles of affirmation—family, school, city, region, and state—to be discovered by those who could sign you to a recording or publishing contract and send you on your way to fame and fortune. Lots of things fueled ambition: from drugs, sex, and rock-'n-roll to spirituality. You could be ambitious and yet not a sell-out, because you took care of the music and mostly let others take care of the business.

As time went on, however, our generation split into two distinct groups: artists who let the business people do everything, and artists who had a hand in the business to some degree. I started out as the former and ended up the latter. Why did we involve ourselves in the business? Mostly to keep from getting taken by someone else's understanding of the word "fair." We quickly found out that as passionate as we were about getting our music heard, the business people were equally passionate about making money on our music. That was fine, but we wanted it to be equitable and, yes, fair. Of necessity, some of us learned about music publishing and how to read a contract and to negotiate a higher percentage of merchandise sales. Basic stuff. But we were now "involved." Our hands were dirty. As a result, some of us felt compelled to be good at more than just the music. Those who dove into the business did it for reasons of control or just good stewardship—taking care of business for their family—that sort of thing. But it wasn't a neutral choice. It took time and attention away from the music and put it on the business. It changed things. It changed us, and the music.

Radio shaped us as well. It went from being something that was progressive and wide in the early 1970s to something that was derivative and narrow, thirty-plus years later. During that time, the demand on recording artists to get on the radio increased incrementally each year. For a long time, a true legend or superstar was an artist characterized by artistic credibility, but hit singles made their mark on the American or international psyche. So it was that most artists felt the burden to succeed at radio and made whatever compromises necessary. Not all artists chased this golden ring. But many did, and they saw success as a sign of artistic legitimacy, a mark of reaching a childhood goal.

Artists who surrendered the business to others, even such things as determining what song might be a single, were blissfully ignorant when everything went right. They produced and received success and wealth without a clue as to how it came about. If they could sustain success and profit across decades, their lack of knowledge wouldn't matter. They'd be set for life. However, if things didn't go right these same artists had no clue what went wrong and, therefore, couldn't correct or analyze mistakes. Failure by industry standards would result for artists who couldn't sustain the services of all the business people propping them up and who left them free to create (accountants, managers, booking agents, and lawyers). Commercial music too often spit them out of its mouth. May recording artists simply vanished into the regular work force once their artist career derailed. I determined not to be one of those artists. I did not want to be a victim of ignorance.

However, you can become a victim of knowledge too. Artists/songwriters/producers can come to understand the music game to such a degree that they attempt to manipulate business outcomes with musically creative choices. It can be a short journey from idealist to pragmatist (if it works it's good, right?). That's when the real trouble starts. Many of the issues related to the failure of the music business have to do with choices baby boomers made about the music. I'm guilty of trying to shape the music in such a way to get it past an increasing number of gatekeepers. These are not neutral choices. They make one kind of creative person in the world and not another—usually one concerned with trying to succeed instead of loving the music.

Ironically, it was all this trying to succeed that killed the old model of the music business. Music business people love to blame P2P file-sharing, but some amount of responsibility falls at the feet of all of us creative types. We believed the lie that we had to align ourselves with the business status quo in order to sustain a career, or for legitimacy and credibility's sake. This belief gave the industry a whole generation of talent to suck dry.

Thankfully there were always exceptions—artists who just took their best shot, played what they loved and didn't cater to the various systems and gatekeepers. Bands like Sigur Rós, Wilco, and Radiohead come to mind as contemporary examples. Surely they inspired many "indie" artists to take individual paths.

Today, indie music is "amazingly good." It's almost all I listen to. You have to wonder why anyone would link up with a major label unless it is simply for worldwide distribution, or some aspect of the old motivation of serious cash-up-front (if that even exists anymore for anyone).

Issues confronting artists today are similar to what my generation faced, but they come with a different spin and emphasis. Unlike artists in the past, new artists know that they should approach the majors with extreme caution. The majors certainly can't make something happen that isn't already happening at some level. Throwing gobs of money at an artist is just plain stupid. It produces next to zero response in the marketplace. That so many artists now understand this and reject it is a good thing. However, one unfortunate side-effect of the information age and of music business schools is that these new artists are so business savvy and marketing oriented that you have to wonder how they have time to write their first two hundred songs when they're busy tending to their Myspace, Facebook, Virb, and Sonicbids pages, booking their next club tour, marking up a publishing contract, and filming humorous videos for YouTube. I like what Chris Rock said in Rolling Stone magazine (Issue 1039, November 15, 2007, page 157):

Nobody's into being a musician. Everybody's getting their mogul on. You've been so infiltrated by this corporate mentality that all the time you'd spend getting great songs together, you're busy doing nine other things that have nothing to do with art. You know how [expletive deleted] Stevie Wonder's songs would have been if he had to run a [expletive deleted] clothing company and a cologne line?

The lesson for everyone who actually cares about music, who remember its beauty and power, is to put the music first. Good follows good. It always has. I thank God that circumstances beyond my control are getting me out of the business of putting something other than music first. I didn't get the opportunity to be an artist by trying to figure out how to sell something. Opportunities came because I was fortunate to have the talent and the passion for music—I couldn't do anything else. These are what I call "first things."

By the music business coming undone, all of us, the jaded and the young are getting a second chance. A do-over. That's a grace, a gift. Let's don't squander it. Serve the music. Put something good into the world, something unique that no one else on earth can do. Create music that you think is amazing, music that you want to listen to. That's the first thing, not business. 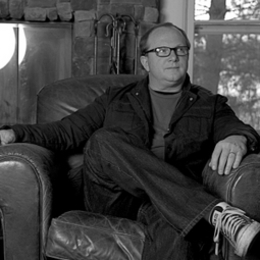 Charlie Peacock is a Grammy award-winning, multi-format songwriter, publisher, record producer, and filmmaker. He has worked in pop, gospel and jazz music in various capacities from songwriter to Sr. A&R with EMI and Sony/ATV. His credits include Brooke Waggoner, Ten Out of Tenn, Switchfoot, Sixpence None The Richer, among hundreds. Film and TV music credits span from Fame in the 80s to current shows Vampire Diaries and Pretty Little Liars. The music producer also helmed the Poison & Wine EP by The Civil Wars which features the breakout hit from Grey's Anatomy, "Poison & Wine"; produced the song "O Love That Will Not Let Me Go" by Isaac & Anna Slade (The Fray); and executive produced and performed on Switchfoot frontman Jon Foreman's latest EP sets titled Fall & Winter and Spring & Summer.