Singing notes of the song

Notes of hope, in the patient contributions of many, compose the ongoing and imperfect song of shalom.

God's chosen servant will endure until he has finally established justice. The servant is Jesus, the patient one who proclaims justice to the nations. Jesus will not fail. Our urgency need not be anxious. Our quest for justice should grow from patience but never quit. —James Skillen, A Covenant to Keep

Change does happen, but it happens in small steps. —Amanda Sussman, Art of the Possible

Steven Garber's meditation on proximate justice struck a chord—a bittersweet, dissonant chord. Passion rooted in Jesus, and inspired by Bono, Abraham Kuyper, and a few others, has led me on a vocational journey of justice advocacy. This world that I'm privileged to work in is full of earnest idealism that strives for justice now (right now!), coupled with an awareness that the song of shalom is as yet incomplete, fraught with fits and starts and not a little dissonance. In this already-not-yet context I'm learning passionate patience and hopeful persistence in small steps à la Skillen and Sussman. Notes of hope, in the patient contributions of many, compose the ongoing and imperfect song of shalom.

Workers in church-based and ecumenical justice action are interested in questions of faith and the public square. Discussions focus on the character of public language, the limits of church-state interaction, and on how to make a meaningful impact on public discourse. All of these discussions are works in progress that will outlast us. I'd like to look a little closer at the impact question.

Canada's mainstream media-political culture, as I see it, is devoted to individualism, materialism, and secularism. People are suspicious of faith perspectives on public life. For a variety of reasons (some ideological, some self-inflicted) I think there is a crisis of credibility in the justice expressions of faith and church groups. This crisis is an opportunity, not to strive for a golden age gone by, but to model a humble and respectful contribution to justice in the unfolding diversity of Canada.

Recently I participated in a Navigating the Faith-Political Interface seminar put on by Preston Manning's Centre for Building Democracy. I have come to deeply respect Manning's expression of faith in public life. Manning started off the seminar with an encouragement to be wise as serpents and gentle as doves, not as vicious as snakes and stupid as pigeons! Faith-inspired political action must be done in a gracious tone that respects the challenges of governing among differing perspectives and values. Faith may inspire indignation about a given issue. It takes wisdom to express it appropriately and righteously.

I've also had occasion to hear and to meet Bill Blaikie, M.P., the current Dean of Canada's House of Commons, another politician with important perspectives on faith and public life. Blaikie talks of consistency and presence as key tools for credible faith engagement in public life. Much recent church and ecumenical engagement with justice issues in Canada has been done in the form of letters and statements. This is an excellent way to get filed on the public record pile, and to be lost in the shuffle. In that light, Blaikie and others have encouraged churches and other faith groups to be present in more elements of public dialogue. Some, I'm happy to say, rise to the challenge in prayer breakfasts and in new public forums on peace or poverty. Beyond these events I think there is a need for relationships, even friendships with leaders.

The policy makers and shapers who make up government are God's servants to do us good. I have the privilege of interacting with some of these people pretty regularly. Across party lines, I've have met people of integrity who are in politics for noble reasons. Most are smart, wonderfully eccentric and genuinely approachable. I'm often impressed by their character and the awesome weight of their responsibilities. These leaders hear plenty of criticism and are often on the lookout for realistic alternatives that they can use—this is the crux of the opportunity of faith and public dialogue in my view: walking alongside political leaders to explore constructive ideas about justice demonstrates respect for the call to politics and, happily, provides a positive faith voice in public dialogue despite the prevailing media-political culture.

The pace of political and social change is usually slow and rarely dramatic. Ends to poverty in Canada or poor governance in Afghanistan (two things I've worked on) are not necessarily in sight today. Small contributions towards these, rooted in prayer and discernment, and built on the wisdom and contributions of people in poverty, Afghan people, scholars, NGOs, civil servants, church members, activists, and others may well result in a momentum for transformative change next month, in ten years or later still. Change is slow, but Jesus perfects it. If that is proximate justice, I'm honoured to play a part. 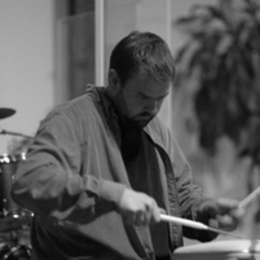 Mike Hogeterp is the director of the Christian Reformed Church in Canada's Centre for Public Dialogue. 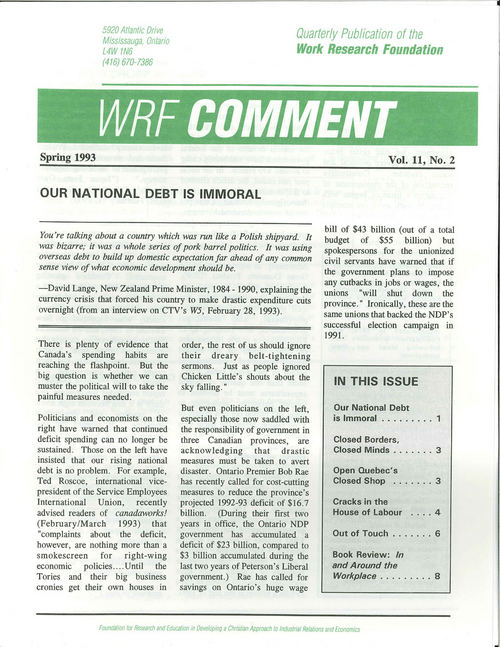