Today in Comment: a second week of review, as Betty Spackman critiques Kelton Cobb's The Blackwell Guide to Theology and Popular Culture. What are the religious impulses below the dressy surfaces of popular culture?
by Betty Spackman

Whether one believes that the expressions of popular culture are sham reality—the "simulacra of genuine culture" (as Clement Greenberg called kitsch in his influential 1939 Partisan Review article, "Avant-Garde and Kitsch")—or that the facades and simulations of contemporary western culture are in fact the reality (superficial or not) of the times, Kelton Cobb's The Blackwell Guide to Theology and Popular Culture provides a good set of glasses with which to see some of the layers of authenticity and meaning on the surface dÃ©coupage of North American life. It is a way of seeing that often leads toward (instead of away from) the complex assemblage of materials and events in popular culture. Under the surface of the many-faceted "bricolage," Cobb points to an equally complex and shifting set of values and beliefs. In doing so, he manages to avoid the embarrassing and short-lived moment of revelation that points only to the emperor's nakedness. Instead he leaves us considering how the emperor's imagination helped him avoid seeing himself as naked.

"[to offer] an argument for investigating what kinds of religious impulses might be active below the surfaces of popular culture."

Cobb lays out the basic theories of popular culture and theology that he uses to structure his arguments in such a way that even those of us less familiar with these studies can work with them. He is very clear about his multidisciplinary resources, drawing from a wide range of thinkers and writers including Augustine, Dick Hebdige, Paul Tillich, Cowan Tyler, James Twitchell, Umberto Eco, to name a few. But beyond simply laying out a very helpful methodology to sort through the cacophony of ideologies and experiences underlying the products of popular culture, Cobb employs a discerning eye of appreciation for and understanding of the popular arts—a rare thing among theologians. He is able to look not only through theology toward popular culture, but with reciprocal perspectives and critique he is able to point back through popular arts and culture to theology. His work is a stellar example of how effective, how important multi-disciplinary scholarship can be, with both cultural studies and theology in this case, benefitting from the intersection and process of comparative research.

Cobb has managed to accomplish his stated task of offering "an argument for investigating what kinds of religious impulses might be active below the surfaces of popular culture." But he has done more than setting up an investigative argument and fulfilling the academic exercise of applying methodological research. He has carefully picked and ordered, like a collection of stones dug from a vast field, a rich set of well-chosen examples from the myriad layers of expressions in popular culture. From Disney cartoon characters and comic book heroes, to the protagonists of films, plays and novels, he has uncovered and decoded for the reader a long list of characters and phenomena in such a way that they are not only seen through the eyes of theology but can be examined individually and collectively as distinctive points of interest in and of themselves. This is in itself an act of respect towards the creativity these examples represent.

"to ascertain what American popular culture, through its skill at bricolage, is telling itself about the existence of God"

Cobb describes some of the most significant visions of beliefs, of "ultimate concerns," as they are expressed through the storytellers in North American popular arts and entertainment proving in essence that popular culture needs to be a primary place of inquiry and investigation about North American spirituality. By doing this he also underlines the fact that the construct, expression and dissemination of meaning is not only to be found in the domains of "high" art and culture and that serious scholarship cannot ignore, with a continued condescending attitude, the complex fabric of "low" art and culture, so long dismissed as unimportant in academic circles.

Cobb investigates human nature as well as the nature of human expression, not only describing the human as a "pleasure seeking bricoleur" but confronting the tension between our fascination and "sheer delight in the simulacra that now compose the world" which can temporarily satisfy, with our awareness that acquisitions are, in the end, not enough. Our desire for spiritual transcendence outside the realm of institutional religion becomes, in fact, the motivation behind our various simulations and creative inventions. We need first-hand experience. We want a reality that goes below the surface, beyond simulacra. And yet in order to touch the invisible we attempt to manufacture tangible facsimiles. Skin and clothes seem inseparable.

"Souvenir postcards, landmark architecture, Kentucky bluegrass—these and other cultural artifacts, properly interrogated, might divulge to us something about the ultimate yearnings of our culture. That's what this book is about."

As both an artist and a Christian, I agree with the author that cultural artifacts and the way they are produced and distributed are manifestations of the deepest beliefs and concerns of a society. On a personal note, this book satisfies, at least in part, the longing I had when I wrote A Profound Weakness, Christians and Kitsch (Piquant, 2005); that there would be scholars who would rigorously address the discarded topics of popular culture (such as kitsch), often considered "unimportant"—researching from various particular disciplines, issues which as an artist, I can only point towards and question. I look forward to the time when more scholars like Cobb will take popular arts and culture seriously, and learn to "read" as carefully as he has done, the stories we tell ourselves about ourselves from the grass roots levels of culture as well as from established domains of authority.

"Our world", says Cobb, "is a hall of mirrors, images imitating images." However, as the very writing of this book attests, he continues "to persist in believing in revelation . . . a reality behind the appearances." It is in this lifting of the skirt, this looking under the emperor's new clothes and finding real people with spiritual desires, that Cobb gives hope to a generation trying to find their way through a maze of exciting but confusing illusions and simulations, and clues as to how to use the very surfaces of culture to find our way into our own hearts. 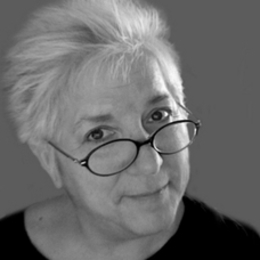 Betty Spackman is a Canadian multi media installation artistand painter with a background in theatre, animation, performance art and video art. She has exhibited internationally and taught studio art at various Universities and community arts programs for over 20 years. She won a National Film Award in 1987 for a 5 min. animation” A Bird in the Hand”.