Even the most dedicated advocates of communitarian conservative values at some level realize that the flourishing they experience is, to a great extent, made possible by global markets.

With this year's presidential campaign in America, the traditional question of the coherence of the Republican Party has again come to the fore. Like clockwork, it seems, political commentators predict "the end of Republican fusionism," which has been a defining feature of the conservative movement for decades. Andrew Sullivan has lately contended that Mitt Romney represents "the last, dying gasp of Republican fusionism," which Sullivan identifies as consisting of the intersection of "free market capitalism, social conservatism, and anti-Communism." But four years ago columnist Robert Tracinski celebrated the passing of William F. Buckley Jr. as ushering in fusionism's demise. Indeed, wherever you locate the origins of the fusionist project, whether before or after Barry Goldwater's campaign in 1964, from that time on the alliance has often been seen as tenuous at best.

New York Times columnist David Brooks also recently turned his attention to the relationship between social and economic conservatism in his piece, "Going Home Again." The subject of Brooks's piece is the journalist Rod Dreher, author of 2006's much-discussed Crunchy Cons, which has the verbosely descriptive subtitle: How Birkenstocked Burkeans, gun-loving organic gardeners, evangelical free-range farmers, hip homeschooling mamas, right-wing nature lovers, and their diverse tribe of countercultural conservatives plan to save America (or at least the Republican Party). The book includes a ten-point "Crunchy Con Manifesto," with propositions like, "Small, Local, Old, and Particular are almost always better than Big, Global, New, and Abstract," and, "Beauty is more important than efficiency."

Brooks' piece updates Dreher's story since the publication of Crunchy Cons, and follows Dreher's decision to move to the small town of St. Francisville, Louisiana. The choice came about following the death of Dreher's younger sister Ruthie after a struggle with cancer and her experience in the Louisiana community. Late last year Dreher and his family moved to St. Francisville—choosing, as Brooks puts it, "to accept the limitations of small-town life in exchange for the privilege of being a part of a community." Brooks concludes the piece by describing Dreher as representative of one of "the two great poles of conservatism" inspired by the likes of Russell Kirk and Robert Nisbet, that of "communitarian conservatism." Brooks writes of the "creative tension" generated by the fusion between communitarian and "market" conservatism, identified with Milton Friedman. "In recent decades, the communitarian conservatism has become less popular while the market conservatism dominates. But that doesn't make Kirk's insights into small towns, traditions, and community any less true, as Rod Dreher so powerfully rediscovered," Brooks concludes.

But as we see from some developments since Dreher's move to Louisiana, the contributions of the "creative tension" of fusionism are threatened when either end of the spectrum considers itself fundamentally incompatible with the other. The reality is rather that economic or market conservatism and social or communitarian conservatism are more than simply compatible; they are also deeply interdependent in many often overlooked ways.

The Irony of the Internet

Indeed, it was not very long into Dreher's sojourn into small-town America that the limitations of the small, local, old, and particular became painfully obvious. As if on cue, less than a month into his new community, Dreher complained of the "frustratingly slow" Internet access in his house. You can perhaps imagine the gravity of the situation: "We had to cancel Netflix, because we can't stream. My iPad apps can't update, and have been permanently hung up for weeks (I've rebooted the iPad several times, to no avail). Skyping is very spotty. You can't watch any online video, even YouTube, without transmission being interrupted." Dreher is savvy enough to realize how these complaints sound, and defends himself on the grounds that "given the line of work I'm in—media—I have to have reliable broadband access to do my job efficiently." It seems when it comes to our professions, sometimes efficiency does trump simplicity after all. So much for Slow Journalism.

Dreher's frustration in this situation illustrates in microcosm how deeply the contemporary communitarian conservative impulse relies on the technological innovations made possible by global trade. Perhaps it's just the vestiges of Dreher's cosmopolitan acculturation, but we can hardly imagine him being satisfied professionally and vocationally if his potential readership were restricted to readers of the local paper. As it stands, the development of and dissemination of access to the Internet have broadened rather than constricted the freedom of people like Dreher to live where they choose, in large cities, suburbs, or small towns. At a website like the American Conservative, where Dreher's writings now find a home, his readership is potentially global. Smaller is better, except when it comes to audience.

Just reflect for a moment on the delicious irony of the following: The existence of a Crunchy Con Facebook group; the online journal New Pantagruel (highlighted by Dreher in his book as being at the intellectual vanguard of crunchy conservatism), partially supported by Google ads; the availability of Crunchy Cons for sale on Amazon. A simple glimpse at what a Facebook server farm looks like, or the reach of the Google Network, or the stock profile of Amazon should be sufficient to destroy any myths about the independence of crunchy conservatism from global markets. Dreher could presumably shrug off the networks of modern telecommunication, drop off his iPad at the nearest electronics recycling centre (the closest Best Buy seems to be in Baton Rouge), and use a typewriter and the US Postal Service to issue his dispatches from the wilderness. What happened instead (rather predictably) is that Dreher seemed to intimate that the federal government should deliver reliable high-speed Internet to the hinterlands: "The Internet really has become a necessity for economic development, just as electrification was a century ago."

But the resistance of communitarian conservatives to turn Luddite is evidence of at least an inchoate recognition of the good represented by the advance of global technologies. Even the most dedicated advocates of communitarian conservative values at some level realize that the flourishing they experience is, to a great extent, made possible by global markets. As Dreher puts it, "You don't realize how much our modern way of economic life depends on reliable high-speed Internet service, until you don't have it."

Global Markets and the Moral Order

After the end of the Cold War, the centripetal force that anti-Communism represented to the original fusionist project has been replaced by the dynamic influence of globalization. Globalization has thus functioned as a centrifugal force for fusionism, as there is a major separation between communitarian conservative views of global trade and those of market conservatives. In the words of the Crunchy Con Manifesto, "We appreciate slow food . . .We believe in Fair Trade over Free Trade." But even as the irony of the Internet illustrates the deep dependence of communitarian conservatives on technological innovation, largely made possible by global markets, market conservatives are no less dependent on the insights of social conservatives.

Russell Kirk famously excoriated libertarians as "chirping sectaries" and "the sour little remnant," who hold to "the notion of personal freedom as the whole end of the civil social order, and indeed human existence." Such libertarians who absolutize individual freedom are better identified as libertines, given Christian insights about the relationship of the human person to the moral order. But part of the problem of ongoing commentary on the fusionist program has been the failure to recognize both that Kirk was absolutely right about the impossibility of connections between the libertarians he describes and true conservatism, as well as the reality that such libertarians are not merely identical with advocates of free markets and economic conservatism. Market conservatism is not reducible to libertinism. But neither do Crunchy Cons corner the market on communitarian conservatism.

Markets do not in fact exist in a vacuum, but are shaped for good or ill by the mores of their actors and institutions. And in this the Crunchy Con Manifesto is certainly correct: "Modern conservatism has become too focused on money, power, and the accumulation of stuff, and insufficiently concerned with the content of our individual and social character." As social conservatives remind us, institutions like the family and church play critical roles in forming a virtuous citizenry. As Elias Boudinot, a delegate to the Continental Congress and one of the founders of the American Bible Society, once observed, "Good government generally begins in the family, and if the moral character of a people degenerates, their political character must soon follow."

Churches, too, play an absolutely indispensible role in providing the moral formation necessary for Christians to contribute to the common good. Churches do this in many ways, but primarily through the proclamation of the gospel and its implications for Christian discipleship. For instance, the eighth commandment, "You shall not steal," when understood in its broadest implications, provides a basis for the Christian approach to responsible stewardship of material blessings. As the Heidelberg Catechism explicates this commandment, it requires not only that we avoid explicit theft and hidden cheating, but also that the Christian does "whatever I can for my neighbor's good" and that "I work faithfully so that I may share with those in need."

Business activity that provides goods and services truly is, in this way, an enterprise that does good and serves others. This is why John Wesley famously said that the "first and great rule of Christian wisdom, with respect to money," was the dictum, "Gain all you can." But he immediately noted that this rule was qualified: "Gain all you can by honest industry" (emphasis mine). If market conservatives help us to remember that we are to gain all we can, communitarian conservatives help us remember that we are to do so honestly, and that morality is not reducible to mere legality.

Churches thus can serve as catalysts for orienting activity within markets toward the common good, providing the moral formation necessary for actors within markets as well as showing the moral boundaries to the logic of the market. Amy Sherman, director of the Sagamore Institute's Center on Faith in Communities, recently described the efforts of local church members in Pittsburgh, inspired by the preaching of their pastor, to launch Grace Period, a non-profit focused on addressing the problem of payday lending, with a mission "to educate the community about the danger of using predatory lenders and offer a more reasonable alternative for borrowers."

As our recent financial crisis shows, these connections between morality and markets are critically important. Perhaps now more than ever communitarian and market conservatives need each other's insights to mutually test their respective assumptions and the practical implications of their views.

Conservatism at its best recognizes the fundamental relationship between appreciation for markets and economic freedom on the one side, and morality and social responsibilities on the other. Far from a temporary alliance, this deep and real connection guarantees that the essence of the fusionist program, despite calls to the contrary, will continue to animate the future of conservative social thought. 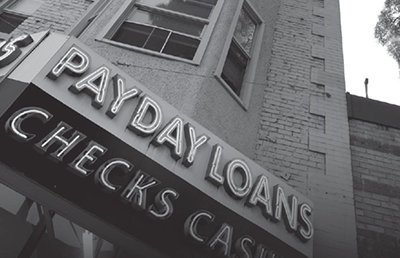 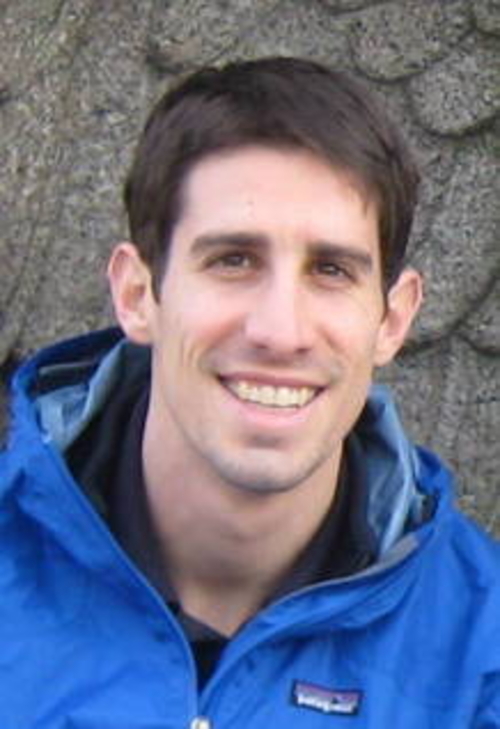