Squinting in a fog: when neither your career nor your life is clear . . . yet

Observations of a recent graduate. 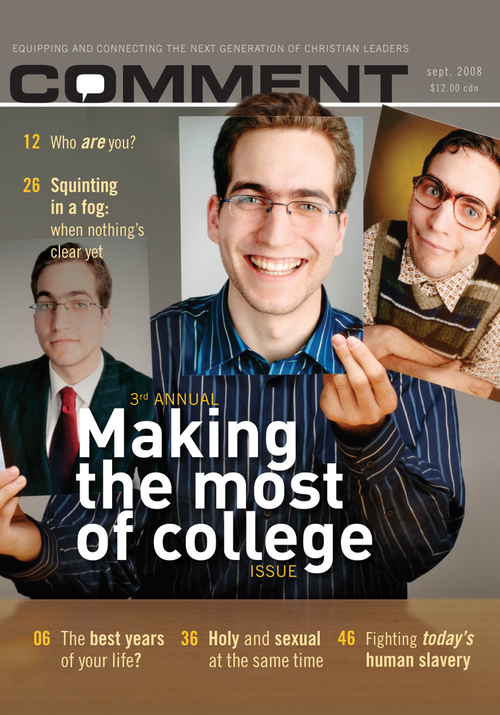 If you are a recent high school graduate, I imagine you are a veteran of hearing the question, "So, what are your plans for the fall?" The question probably first surfaced some years ago, bubbling forth from inquisitive and oh-so-well-meaning relatives, friends of the family, pastors, teachers, coaches, and strangers. Since people seem generally aware of how annoying and banal this inquiry is, they often preface it with an annoying and banal "I'm sure you're tired of hearing this by now, but . . ." Of course, the question is less bothersome if you happen to be someone with fixed, laudable goals. Then it gives you opportunity to expound on your plans to pursue, say, molecular biology, Third World debt relief, or dentistry.

A confession: I've never really been one of those people. I was the high school graduate who enjoyed making up career tracks on the spot. "Oh, I'm interested in reviewing film . . . right, like Ebert & Roeper." I do watch some movies. "Well, I'd like to get into interior design." I'm more of an indoor person.

Few people entering college know what they want to do with their lives, and even fewer people stay stalwart on their course. There is still a notion that a diploma is the ticket for a ride on the employment train—it certainly gets some people to their desired destination. But what if you're unsure which train to board? How can you make the most of college without an obvious reason for going to college? Here are a few things I've learned along my winding college experience . . . though not too much about film or interior design, so take this with a grain of salt.

Resist the desire to take a seat at the all-you-can-eat academic buffet. You cannot do everything, but when so many new things beckon, it is difficult to make a choice. The real world constraints of time, money, and exhaustion limit opportunities. Expect to have a few regrets, but remember that majors aren't that major. There is a smorgasbord of majors, minors, and concentrations to choose from, but that does not mean you should stuff yourself. Sometimes I feel I missed out by not studying art history and, yes, that's probably true. I missed out. But if I had piled art history on my plate, I certainly would have learned little political philosophy. Those four years will be spent somewhere, but not everywhere. It helps to consider college as a first endeavour, a place to be exposed to options, to learn some, with a view to the further pursuit of your interests after graduation. College will teach you about a few subjects, but it also should inspire you to love those subjects enough to return to them afterwards.

Now, just because you can't pick up several under-grad options in four years does not mean your life and interests are limited to your degree. Class gets you credit, but does not have a monopoly on learning. So supplement your classroom experience. There are so many perks to being a student. When I studied in Ottawa for a year, I lived blocks from the National Gallery of Canada, the Ottawa Symphony Orchestra, and the National Arts Centre. Frequent student demonstrations took place on Parliament Hill and, of course, the banter of question period arose nearby in the House of Commons. My neighbourhood brimmed with students, so intellectual conversation wafted from my favourite coffee shop out to the streets.

I've spent the past three years at The King's College in New York City, a place charged with opportunities—it's difficult to begin to count the ways New York has educated me. One example simply put: can I really lament too much Machiavelli, and not enough Michelangelo, when the MoMA, the Met, and the Guggenheim are a subway ride away?

Campus life makes it easy to be trapped in a world of twenty-somethings and in a world of theory and academia. Despite the exclusive snobbery, people generally like students. It could be the over-caffeinated constitutions that revive memories of late night coffeehouse sessions, or maybe the malnourished state of students that elicits pity and home-cooked meals, or maybe people just like to hear what's being taught nowadays. Whether meeting empty-nesters at your church, or visiting the elderly, it is wise to seek out an older perspective. Break out of your demographic, and get beyond institutionalized knowledge. An older, nonstudent perspective makes it evident that truth is not cloistered in the halls of the university, but evident to everyone. Those with abundant life experience tend to hold a lot of truth.

It is fortunate our society encourages young people to set aside three or four years to study, to contemplate, and to learn to articulate. Or, to binge-drink, SparkNote, and regurgitate. The choices are for every student. College offers not only a chance to question the status quo, but also a time to reason. Not only a chance to get work experience, but also to acquire a work ethic. Not only to develop a repertoire of trivia for dinner party conversations, but also to listen and then reply thoughtfully. College can be seen as the mandatory next step in your life track towards a career, a mere fulfillment of yet another social expectation, or it can be seen as a time for you to engage in class, out of class, and with people and ideas you might not have anticipated. You choose. 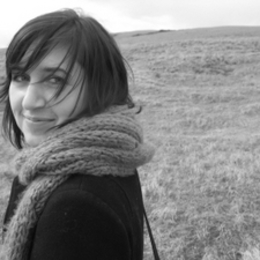 Chelsea Miller recently earned her B.A. of Politics, Philosophy, & Economics from The King's College, New York City. As a proud Canuck, she enjoys pinpointing "Can-Am" differences, as well as enumerating every Canadian contribution ever made to American pop culture. Chelsea remains in New York to pursue her duelling interests in urban and agricultural policy formation. She loves the city enough to dislike a few of its realities—and thinks that's probably a healthy sign.

Q&A with Abbie Smith, Graduate Student and Author, Can you Keep Your Faith in College?

The best years of your life?

College is only one part of a complete life.