Standing Up for the Hallelujah Chorus

Even in our rapidly secularizing society, audiences still rise to their feet for this musical credo.

Almost three hundred years after its first performance in Dublin, Handel's oratorio Messiah is still regularly performed all over the world, especially at Christmas. Scores of performances are mounted each year in cities throughout Europe and the Americas by both local amateurs and highly skilled professionals.

Surely Handel's magnificent music is the attraction for these audiences, and yet, this cannot be the only reason that people come year after year. Although I am not competent to judge, I suspect that other oratorios written by Handel are not necessarily inferior to Messiah in musical excellence, but these others are rarely performed today, if not virtually forgotten. Something else adds to Messiah's attraction and explains why it is almost always performed during Advent.

That "something else" is its overtly religious theme: that Jesus of Nazareth, who was born in a stable in Bethlehem two thousand years ago, is the long-awaited Messiah of biblical religion. In fact, the libretto of this most famous of oratorios consists very largely of biblical texts, chosen and arranged to make the basic Christian point that Jesus was in fact the Christ, the Anointed One of Old Testament expectation. However secularized and commercialized the contemporary celebration of Christmas may have become, the frequent performance of Messiah around Christmas still testifies to the fact that its connection with the birth of Jesus Christ has not been forgotten in our culture.

For many people, myself included, the high point of Messiah is the famous chorus entitled "Hallelujah." The soaring voices of the choir, accompanied by the piercing sound of a trumpet, is matched by the triumphant words:

Hallelujah: for the Lord God omnipotent reigneth.
The kingdom of this world is become
the kingdom of our Lord and of his Christ,
and he shall reign forever and ever.
King of kings,
and Lord of lords:
Hallelujah!

There could hardly be a more powerful statement of the basic credo of the Christian religion. It is truly remarkable that to this day, even in our rapidly secularizing society, audiences traditionally rise to their feet to show a kind of special honour for this magnificent musical confession of faith.

But there is a fly in the ointment. Within the context of the libretto which Handel used (prepared by his friend Charles Jennens), this chorus is preceded by sung versions of select verses from Psalm 2, which read as follows:

Why do the nations so furiously rage together:
why do the people imagine a vain thing?
The kings of the earth rise up,
and the rulers take counsel together against the Lord,
and against his Anointed:
"Let us break their bonds asunder,
and cast away their yokes from us."
He that dwelleth in heaven shall laugh them to scorn:
the Lord shall have them in derision.
Thou shalt break them with a rod of iron,
thou shalt dash them in pieces like a potter's vessel.

The meaning is unmistakable. The nations at large conspire against the Lord and against his Anointed, and plan to cast off all restraints that he has imposed on them. But God will only laugh at their defiance, and he (now addressed in the second person) will crush their rebellion and smash them like a piece of pottery. Then the "Hallelujah," with its celebration of the universal triumph of God in Jesus Christ, is sung. And audiences across several continents get to their feet in symbolic endorsement.

Some years ago the Dutch-Canadian musicologist Michael Marissen, who teaches at Swarthmore College near Philadelphia, caused something of a stir by publishing an article entitled "Rejoicing against Judaism in Handel's Messiah." In his view, the juxtaposition of the verses from Psalm 2 and the "Hallelujah" was clear evidence that Jennens and Handel were rejoicing specifically at the great calamity which befell the Jews in AD 70, when Jerusalem was destroyed by the Romans. Although he did not claim that Handel was anti-Semitic, he did accusing him of harbouring and promoting Schadenfreude over the brutal repression which Jerusalem and the Jews experienced at the hands of the Romans. Marissen is not alone in this interpretation of Handel's masterpiece.

Although I believe Marissen is mistaken in his view that Handel was specifically targeting Jews in Messiah, and that he had in mind specifically the fall of Jerusalem, I believe he is correct in identifying a serious religious issue that is posed for contemporary audiences by the explicitly—not to say aggressively—Christian character of this justly famous work. I do not believe it is possible to abstract its musical qualities from the religious point of its libretto. Its confessional thrust is part and parcel of the meaning of this work of musical art. To gloss over its overtly Christian message is to do injustice to both Handel and his masterpiece.

Instead, I believe we have to acknowledge that Handel's Messiah represents the scandal of the gospel, namely the claim that Jesus Christ is the only Saviour of the world, a Saviour who brooks no rivals or competitors. Psalm 2 is right when it predicts that the Lord's Anointed will one day be victorious over all who resist his claims. This is both a hard and a glorious truth.

During the upcoming Christmas season I will have no difficulty standing up when the choir sings the "Hallelujah." But my heart will ache for those who take understandable offense at its uncompromising message. 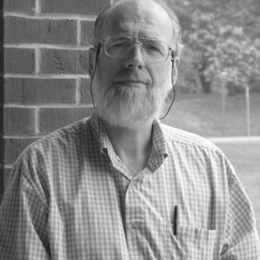 Why are there so many other religions?

Your heart is a political force