Thinking about an upcoming Scottish referendum forces us to think beyond the United Kingdom and into Canada, Crimea, and elsewhere. 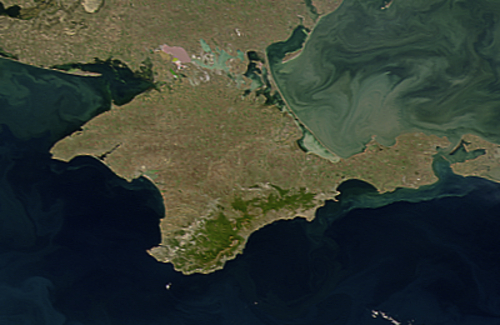 Honey from the Lion: Christianity and the Ethics of Nationalismby Doug Gay. SCM Press, 2013. 192 pp.


Later this year, citizens of Scotland will vote in a referendum whether to continue their country's 300-year-old union with England or to go it alone. For author Doug Gay, the possibility of Scottish independence provides an occasion for reflecting on the larger issues surrounding nationalism. Is nationalism a good thing? Or is it, as many Christians have historically believed, an idolatrous overestimation of one's nation at the expense of other image-bearers of God elsewhere? Gay's project here is to defend nationalism based on his Reformed tradition of Christianity, an admittedly tall order, given nationalism's dark history.

The title comes from the Samson cycle of stories in the biblical book of Judges, in which the flawed Israelite hero scoops honey from the carcass of a lion he has earlier killed (Judges 14:5-9), and from the Tate & Lyle syrup cans familiar to Scottish households from the late nineteenth century. "The relationship between lions and honey I read (freely) as a metaphor for the central question of political theology and political ethics—the relationship between power and virtue." Although nationalism has indeed led to grave injustices and oppressive polities, it need not do so. Accordingly, Gay undertakes to defend a modest and "sweet" vision of nationalism that is more compatible with the Christian faith than, say, the version in Quebec, which aims to snuff faith from the public square.

Gay defines nationalism as "the making of combined claims, on behalf of a population, to identity, to jurisdiction and to territory." His use of the word claim is significant in that it points to the need to weigh and assess something, particularly against contrary claims in a public forum. What I read him to say here is that there is nothing automatically right and salutary in Scottish independence. Whether or not Scotland should be a sovereign nation-state is ultimately a prudential judgement about whether justice for its people would be better served in a United Kingdom or in a separate country. After weighing the relevant factors, he believes a separate Scotland is a defensible goal for the serious Christian.

In making his case, Gay follows Nicholas Wolterstorff in affirming "the right of the people to a democratic state." But what exactly is this people—this nation to which such a right can be ascribed? Gay allows that nations are "coalitions and constructions assembled from resources both inherited and imagined" and, following St. Augustine, "affective communities" with constantly evolving "shared patterns of love."

Gay correctly sees that national identity at its best is grounded in the universal preference for the local and familiar. Nationalists tend to comprehend better than liberals that our common humanity is more solidly grounded in particular loyalties such as neighbourhood, church, and family than in a vaunted allegiance to the human race in general. Even the liberal claim to transcend particular loyalties for the sake of humanity amounts in the real world to a scarcely less parochial devotion to a necessarily small group of likeminded cosmopolitans, perhaps comparable to Lenin's vanguard of the proletariat.

Yet the mere assertion of national identity is not yet a claim to independent statehood, which requires taking an additional, crucial step in the process of devolution and decentralization. For Gay, the deciding issue is Scotland's permanent minority status within the United Kingdom. With just over 5 million inhabitants out of a UK total of 63 million, Scotland accounts for only eight percent of the kingdom, with its political weight in the whole weakened proportionately. During Margaret Thatcher's long and controversial premiership, Scottish voters' overwhelming opposition to her policies counted for little. An independent Scotland would be better able to pursue its own interests, which are not always congruent with those of England, Wales, and Northern Ireland.

As a minister in the Church of Scotland, Gay admits that he is shaped most by the Reformed tradition of Christianity. In fact, his own Reformed identity is broadly ecumenical, embracing not only the Scottish heritage of John Knox and his successors, but also such non-Scottish figures as Abraham Kuyper, Herman Dooyeweerd, Wolterstorff—and even Comment's editor Jamie Smith! It is the rare nationalist indeed who can favourably quote Kuyper's famous "not a square inch" dictum. That tells us immediately that, if Gay is a nationalist, he is a highly unusual one, because many, if not most, nationalists are unwilling to share the limelight with a rival deity, much less to recognize his sovereignty over their own lives.

Readers acquainted with the Catholic social principle of subsidiarity and the Reformed understanding of sphere sovereignty may be surprised to find Gay mounting a defence of nationalism based on these. For those unacquainted with them, subsidiarity requires that decisions be made at the appropriate level, "maximizing local power in so far as it is conducive to the Common Good." Sphere sovereignty teaches that the pluriform structures of a society have their own unique tasks to perform and that these should not be monopolized by a single institution such as the state. Nationalism, by contrast, is usually centralizing and homogenizing in its approach to society, yet Gay's emphasis is more localist. Because Gay believes Scotland's interests have not been adequately accounted for by London, he believes it is time to devolve policy decisions for Scotland to Scotland. The reconstitution of a Scottish Parliament in 1999 was a step in the right direction, but Gay would go further and place all relevant political authority in the hands of Edinburgh, while maintaining the 1603 personal Union of the Crowns and the social union with the rest of the UK.

Gay is at pains to point out that favouring a distinctive Scottish national identity, which he seems to understand broadly inclusively rather than narrowly ethnically, need not entail raising "such an identity to any kind of idolatrous position where it becomes the sole possible determinant of political legitimacy." Nevertheless, it must be admitted that real flesh-and-blood nationalisms have done precisely this. The nationalist unifiers of Italy and Germany in the nineteenth century felt compelled to make war on the institutional church, which constituted an alternative focus of loyalty for the people and thus a threat to their own absolutist claims. The agenda of Greek ethnic nationalists in Cyprus could not tolerate the aspirations of those who preferred another status for the island than that of a distant province of "mother Greece." Turkish nationalists sought a homogeneous Turkey and disliked the old polyglot Ottoman Empire they helped to bring down in the 1920s. And now we are witnessing the spectacle of ethnic Russians in the Crimean peninsula, with the dubious blessing of Vladimir Putin, moving their territory into Moscow's orbit over the objections of the Ukrainian state of which they had until recently been formally a part. The prospects for civil peace in the region do not look good.

Drawing the line between legitimate national consciousness and idolatrous nationalism is not easy to do. Is the Québécois quest for sovereignty a properly modest aspiration fuelled by evident injustices of Canadian federalism or a spiritually distorted effort likely to exacerbate injustice? A plausible case can be made for either, but, among other things, the provincial government's Ethics and Religious Culture Programme and its recently-proposed Charter of Québec Values strongly suggest an improper totalizing effort to suppress societal diversity. Indeed many, if not most, nationalist movements around the world owe much less to the principle of subsidiarity than to the Hegelian conviction that the unifying and homogenizing state is the march of God through the world.

In short, flesh and blood nationalists have all too often tried to extinguish the very societal and human diversity Gay defends. Against this backdrop, Gay's expressed support for nationalism—to pull honey from the lion—appears less than fully persuasive. My family's experience in Cyprus makes me wary of both partition and nationalism as proposed solutions to much of anything. Of course, doing public justice in a complex society may call for the breakup of existing states, although the inevitable political and social dislocations this brings should have us thinking twice before taking this route. If Gay's reasons for favouring Scottish independence are well-argued, my own suspicion is that he ignores its possible negative ramifications, as well as the possibility that a Canadian- or American-style constitutional federal system might make outright independence unnecessary.

But Gay's arguments should be seen for what they are: a prudential case for reversing the union of 1707 and not so much for nationalism as an ideology. Moreover, for those of us living elsewhere, Gay's book should prompt us to think through the larger implications of his argument for Québec separatism, the precarious character of Canadian unity, and the subtle dangers of American-style civil religion coupled with the national security state. Above all, it should make us wary of the overreaching claims to national identity that so often accompany otherwise legitimate efforts to end oppressive political arrangements. Once again, finding the proper balance between nationhood and nationalism in the real world is no simple matter, but for the sake of doing public justice in sometimes difficult circumstances, we must make the attempt all the same.