Swimming in the culture lake

For T. M. Moore, far too many Christians are simply indifferent to the culture they swim in. They are unaware or don't care how they are being shaped and molded by it. He calls for change. 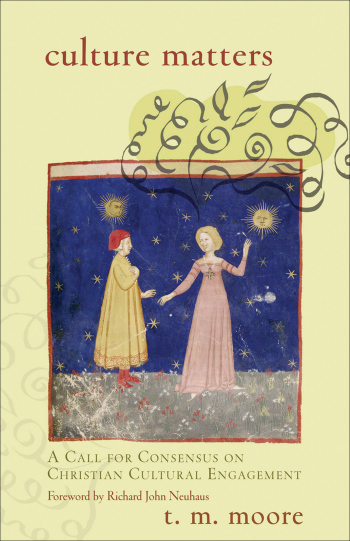 
In the Great Lakes region where I live, fishing is a huge industry. All told, it is worth more than $4 billion a year. So the water in which the fish swim is of enormous importance. It must be free of pollutants that can taint the fish for human consumption. It must be free of disease that can kill the fish and so bring disaster to the fishing industry. Sadly, this latter scenario became reality a couple of months ago. A killer, ebola-like virus struck, and thousands of dead fish started showing up on the shores of Milwaukee.

Culture is the human equivalent of fish and water. Culture is the water that we swim in, live our lives in. We can't escape culture, the influence of our customs, institutions, arts, and all the rest, any more than fish in the Great Lakes can escape their environment. And as with the fish of the Great Lakes, our culture can either bring life or it can bring death. In his book, Culture Matters, T. M. Moore calls on Christians to take culture and the shaping of it more seriously. Unlike the fish of the Great Lakes who can do nothing about the water they swim in, Christians can speak into, shape, and revive a culture that Moore sees as infected with a deadly virus of meaninglessness and despair—particularly in certain varieties of culture, as with poetry.

For Moore, the struggle is that far too many Christians are simply indifferent to the culture they swim in. They are unaware or don't care how they are being shaped and molded by it. Moore calls for change. Christians should come together and form a cultural consensus; hence, the sub-title, A Call for Consensus on Christian Cultural Engagement.

Moore takes us on a splendid trek through the history as he exposes us to the church's great, cultural change agents. One of the most enjoyable parts of this excursion is Moore's well rounded understanding of change agents. He exhibits writers, politicians, teachers, artists, and poets. Moore views all these human, cultural pursuits as needing wise and prudent Christian input, and their being places that, rightly shaped, bring health to a languishing culture.

As we travel with Moore, we encounter Augustine and his The City of God, a powerful critique of Roman culture and how it compares with the great hope of the city of God. Moore takes us to Ireland for a quick tour of how the Irish not only saved civilization, but shaped the culture via art into a good place to be. We visit John Calvin's Geneva—this stop on the trek is worth the price of the book—and see an amazing educational system designed to train both mind and heart. From there we make our way to Abraham Kuyper's work in the Netherlands as he sought to form the kind of cultural consensus that Moore is calling for. Finally, we stop in the house of a poet, Czeslaw Milosz, who used his poetry to stealthfully battle against the angst and hopelessness of many contemporary poets.

Throughout, Moore does an important thing: he gives us contemporary examples of those who continue to do what great, cultural change agents of the past did. These offer a sense of hope and possibility.

As our trek comes to a close Moore lays out his plan for creating a cultural consensus among Christians so that a healthy culture—a healthy place "to swim"—can emerge. Moore understands something that those who are dealing with the death of fish in the Great Lakes understand: there is not, as one scientist said, a get-well-quick pill out there to stop this. Moore's solution is a considered and long-term solution: training people to know and to understand the culture they swim in; calling churches to see and understand that they need to teach their people about the water they swim in, and how to wisely, prudently, and with a stealth flowing from love and grace change culture for the good of all; and calling on the Christian academy to take on board Augustine's work of bringing a reasoned critique of the culture that all will find compelling.

At this point, however, I found Moore's work lost the steam of its earlier creativity—that it lacks understanding of how cultural change takes place. My struggle with Moore's proposal is both theological and intellectual. Moore skips over a very important step: dealing with the deep, theological commitments that keep many Christians from engaging the culture and leads many others to believe that such an engagement may border on unfaithfulness to God. He also fails to address that some will see this endeavor as a waste of time—compared to what many in American Christianity see as the only thing worth our time. Francis Asbury said it this way in the 18th century, "You have nothing to do but save souls. Therefore, spend and be spent at this work."

He also seems to forget his earlier observation that North American Christianity is deeply anti-intellectual. North Americans distrust the mind. Indeed, many Christians in America, following the time honored emotionalism described in Nathan Hatch's The Democratization of American Christianity, find that loving God with your mind means not loving him at all. True love is expressed in the emotions and what "feels good." Since cultural transformation is generally an intellectual undertaking, Moore's solutions face an uphill battle.

The Christian culture we swim in militates against the very solutions that Moore holds forth. A better path to take for cultural consensus is to understand how cultural transformation takes place from a sociological perspective. Here we find the importance of creating "tipping points" and gathering communities of influence that can create those "tipping points." John Seel's talk, "It's the Culture, Stupid: The Challenge of Cultural Renewal," is instructive in this area (think #14).

T. M. Moore offers a compelling vision and a call to come together to create a culture we can all swim in. As the waters of our culture become ever more muddied, exploring that vision and call with him is worth the effort. 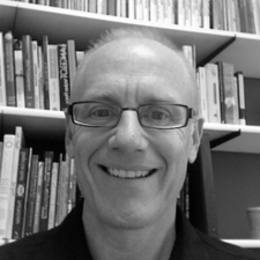 Larry Doornbos is the Senior Pastor at EverGreen Ministries in Hudsonville, MI. EverGreen seeks to make passionate followers of Jesus who engage in and change culture. Larry is married to Linda and they have two great kids. They live in Zeeland, Michigan. Larry loves getting new Biblical Commentaries, spending time with his family, jazz, and theatre.