New Zealand, in common with most other Western countries in the last decade or so, has been forced to address pressing economic problems. Large and growing public debt, annual budget deficits, along with declining terms of trade for a country heavily dependent on its exports, severely tested the ability of the state to provide public services and welfare programs at the prevailing generous levels and in the manner to which New Zealand citizens had become accustomed.

The crisis was exacerbated by the National government's policies in the mid-1970s and early 1980s. It continued to fund expanding social services while the productivity and efficiency of the economy continued to decline and the country's terms of trade worsened. The fourth Labour government, elected in mid-1984, in its two terms, initiated a series of reforms the general direction of which has been continued by a National government now in its second term. The decade 1984-1994 has been a period of unprecedented reform in public policy affecting New Zealand's social, political, and economic institutions. Arguably, no other developed country in recent times has undergone so many fundamental reforms in such a short space of time.

Labour relations reform has seen the abandonment of the nearly 100-year-old industrial relations framework of compulsory arbitration and conciliation in favour of an individual contract model of employment law. A complete restructuring of the public service aimed at greater efficiency and accountability saw departmental heads become chief executive officers on limited contracts and a massive redeployment of public service employees and resources with many redundancies. Other major reforms have occurred in education, organization of local government, and in constitutional law.

Many of the reforms Labour introduced produced severe social consequences. Corporatization and state service restructuring disrupted whole communities through the reduction or withdrawal of state-run services. The National government's reforms in health and social welfare services have produced the most vociferous reaction. The reduction of welfare benefits and removal or reduction of health subsidies resulted in hardship for many low and lower-middle income earners. Food banks were unheard of until the 1990s and many continue to use them despite a recent upturn in economic activity. The National policy of "targeting" and means-testing is seen by many as unfairly stigmatizing a section of the community in the interests of reducing public spending. No policy has been more controversial than that relating to state housing assistance, where many of the most needy find themselves paying market rates for rental accommodation or forced to vacate existing adequate housing for inferior accommodation.

Reactions to the reforms

There can be little disagreement that, prior to the mid-eighties, government economic and social policies had resulted in economic inefficiencies and, in some cases, encouraged an unhealthy dependency on state provision. Reforms were necessary and inevitable. Criticism of the reforms has attacked both the basis of the policies addressing the problems and the way in which they have been implemented. The debate is framed solely as one of economic and political philosophy. Rarely found is a distinctively Christian contribution to the debate, a perspective that clearly identifies the religious roots of the problems and the policies aimed at dealing with them.

To the Churches' credit there has been a concerted voicing of concern over the National government's socially regressive health and welfare policies by many of the Church-based welfare agencies, which observe at close hand the impact of these policies. A significant development in 1993 saw the major Christian denominations produce a joint Statement on Social Justice. The Statement attempted to spell out biblical principles of social justice including those relating to the responsibility of the state. These responses by Church organizations and individual Christians have been important contributions to the debate over the reforms and their effects. Only infrequently, however, do they provide a developed critique of the key ideas behind the reform policies and an analysis of their deepest roots.

Freedom, choice, efficiency, and rationality are central ideas that have undergirded the reform of New Zealand's government and society. The language the reformers use to describe social and institutional relations betrays the market ideology driving their reforms. In spheres other than business, such as education and health, students and patients are now "clients" to whom a product is "delivered," Every institutionally-provided service becomes subject to the criterion of efficiency, "measured" in terms of "inputs," "outputs," and outcomes."

A key instrument of the reforms is the private-law institution of contract. It is not only seen as a facilitator of commerce but as the model of all social relations. The atomizing of society and its various structures into self-interested, rational, individuals interacting via contracts, demonstrates an attempt to force all of life into a mould imitating one of its spheres, the economic. Many critics have objected to this reductionism. What they often fail to examine, however, is the impoverished conception of the economic sphere which the reductionist ideology promotes.

The seeds of the current obsession, which casts all life into the image of a distorting conception of economic relations, were sown centuries earlier in the Enlightenment and in liberalism, which flowed out of it. Contemporary economic theory's infatuation with rational choice, agency, game theory, and the concepts of utility and efficiency bear the marks of this heritage. Only a biblically-shaped perspective can bring clearly to light the religious nature of this distorted view of life. The idolatry of removing God from the centre of human life and replacing the Creator with a God-substitute, located in the economic dimension of human functioning, arises out of a spiritual root, a religious spirit that replaces love of God and neighbour with love of power and self-glorification. In contemporary life this spirit expresses itself in the attempt to obliterate the rich diversity of human life by cramming it into the bland, two-dimensional picture of economism. The results present themselves to eye and ear in the colonizing of discourse by the terminology of "customer" and "client." The "commodification" of life means that, not only do business enterprises and the economic sector "produce," but even education is a product, "packaged" for the individual client to "satisfy" his or her personal "preferences," expressed as a willingness to pay (money). The idolatry of economism goes further than mere imitation of business. Education (health care, art, government, etc.) now is business.

The effects of this materialistic religion on human relations and the environment are disastrous. Shaken out of its complacency, New Zealand now realizes that it suffers from all the ills that beset other larger developed nations. For rates of suicides, violent crime, and increase in the gap between rich and poor it is high on the list. The ugly truth about the effects of polluting practices in pursuit of economic self-interest smashes the clean, green image we have projected to the world. The fragile state of our native flora and fauna is testimony to the culpable neglect of our natural environment in the interests of material "progress." The technicistic drive (computerize wherever you can) for economic efficiency has seen many New Zealanders losing their paid employment and with it their human dignity. Those in employment are placed under increasing pressure to work longer hours for less. Work itself is viewed merely as means to economic ends.

A Christian response to the ills besetting New Zealand and many other countries requires more than opposition to economic and social policies of recent governments. It demands a challenge to long-held beliefs about the nature of human life and human institutions, structures, and relations. It also requires active participation in the reform of those institutions guided by biblical norms. The norm of justice requires the state to promote the common good, giving support to other social institutions according to their own distinctive nature. Stewardship of resources, rather than mere efficiency, should be seen as a governing norm of economic activity and organization. The "reformers'" use of the state to tear down existing institutions and then rebuild from ground-level is the path of godless revolution. Such human vanity is blind to the sustaining Word of God, which sets normative bounds to what can be humanly accomplished, and makes possible whatever is good in human life. The way of healing in our broken world is through re-formation of what exists guided by a loving responsiveness to the Word revealed in scripture, creation, and the redeeming Christ.

Alan Cameron (M.N.Z.F.G. LLB (Hons), LLM) retired from Victoria University of Wellington in 2008. Today, he engages in reformational scholarship in legal theory, with a view to producing a conceptual introduction to the discipline of law. 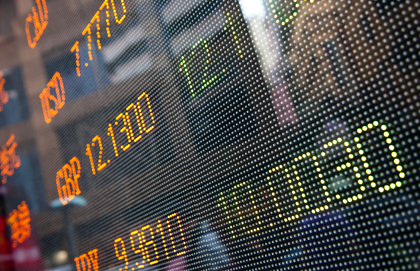