After his pricey Western education, Jonathan Haidt was offended by the morals of his hosts in rural India. Yet his silence was rewarded by a glimpse at different, daresay equal moral convictions.

The Righteous Mind: Why Good People Are Divided by Politics and Religion by Jonathan Haidt. Pantheon, 2012. 448pp.

Discovering a good read always gives me a sense of satisfaction. But it is a rare pleasure to find one that also resolves a particularly frustrating puzzle. Jonathan Haidt's most recent book, The Righteous Mind: Why Good People are Divided by Politics and Religion, falls into the latter category. Drawing from philosophy, political theory, and his remarkable research in moral psychology, he explains the differences in moral claims made across the political divide in America, as well as across the world. Wealthy, educated individuals in the democratic West, Haidt believes, tend to foster only three of the six foundational moral intuitions that drive humanity's moral sensibilities. His conclusion is provocative: liberal Western academia and culture must rediscover an appreciation for these other three foundational intuitions before liberalism and its discontents will enjoy a sustainable, peaceful co-existence.

During his time as a graduate student, Haidt did a psychology research project in rural India. He encountered people there who thought about morality quite carefully but whose conclusions and lifestyles deeply offended the sacrosanct ethic of autonomy that Haidt had imbibed through his pricey Western education. He found high barriers between men and women, hierarchical social structures, and respect for spiritual matters. This disturbed him deeply: how could such thoughtful people not grasp the importance of egalitarianism? But for his three months in India, Haidt resisted the urge to dismiss his new friends and colleagues as backward in their moral thinking. He was rewarded with a glimpse into new moral convictions that had never been meaningful to him. He began to see "beauty in a moral code that emphasizes duty, respect for one's elders, service to the group, and negation of the self's desires."

These new realizations did not keep Haidt from seeing the problems with these alternative ethics, and he remained committed to the ethic of autonomy. He also, however, begin to question academic psychology's ability to speak in broad terms about the human experience, given its tendency to dismiss moral convictions that flow from the ethic of community or the ethic of divinity, two of the most widespread and dearly held bases for moral intuitions across the world. Haidt began to look for a psychological account for these other ethics.

Haidt's journey from rural India to the conclusions he draws over twenty years later in The Righteous Mind led him to conclude that there are six foundational moral intuitions: care/harm, fairness/cheating, loyalty/betrayal, authority/subversion, sanctity/degradation, and liberty/oppression. As Haidt and his colleagues surveyed tens of thousands of people from around the world, they found a pattern emerging. Western, educated, industrialized, rich Democrats tend to recognize only those moral claims that come from three foundations: harm/care, fairness/cheating, and liberty/oppression.

Those who self-identify as conservative—along with most traditional cultures outside the West—make moral claims that stem from all six of the moral foundations. This is why teaching young people to use condoms is not, for many conservatives, an acceptable equivalent to abstinence-only education. The most common liberal response ("No one gets harmed in consensual safe sex") addresses moral intuitions that stem from the harm/care foundation, but not the ones that flow from the purity/sanctity foundation. Similarly, many in the West do not understand why people around the world show authorities such honour. During a recent trip to China, I interacted with university students who have a deep respect for their parents. The idea that a young adult has the right to do whatever he wants, regardless of his parents' advice, is shocking to them on a level that intuitions about harm or fairness simply cannot explain. Clearly, these students come from a culture that fosters intuitions in the authority/subversion category.

The Righteous Mind concludes with Haidt's most compelling—and most controversial—claim: human societies flourish only when their people and laws draw from all six of these moral foundations. Moral progress is not reducible to advancing emancipation and protecting autonomy, Haidt argues, significant as those things may be. And certainly, moral progress is not synonymous with dismantling a particular religious claim about sexual morality or a foreigner's reverence for authority.

Haidt addresses his book to fellow liberals, but those who tend to align themselves with conservative or religious ideals will find this book equally provocative. Two issues stand out. The first is Haidt's view of religion. Contra Marx, he seems to see religion as a healthy prescription for all human culture. Flattering as this may seem at first, religious individuals will do well to note—and emphasize—that it is the truth of religious claims, not their social utility, that makes religion valuable. Religion starts with a divine being's claim about himself; humans then relate to that divine being, to each other, and to nature based on the nature of this claim. Humans do not relate to each other in certain ways, and then make up a religion to explain their behaviour.

Second, Haidt may be too sanguine about the potential for individuals—let alone groups—to respect moral intuitions they do not have in common. For example, suppose a Hindu woman has an extremely strong intuition that homosexual conduct is immoral because it violates the natural purpose of sex; and suppose her friend is a woman raised by liberal parents who have taught her that sex is purely for pleasure. These women might, under ideal circumstances, agree to disagree and even respect each other's differing viewpoints. But in the political sphere, they would inevitably find themselves working towards mutually exclusive goals.

Haidt makes a compelling case that society needs to respect all six moral intuitions, but in order to do this, thoughtful individuals will need to explain how to adjudicate between competing moral claims in specific cases. How should liberal-minded individuals respect others' intuitions about the sanctity of sex? How should those who "question authority" work alongside those who do not? Haidt's ideas stand to restructure political and academic dialogue in a powerful way. But it will be the people most effectively implementing Haidt's ideas who create a tipping point in issues such as the politics of sexual identity. 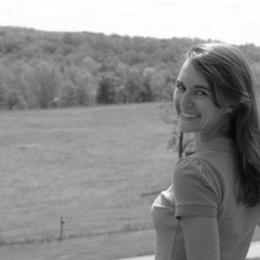 Katherine Bliss Teubl is an Adjunct Professor at The King's College where she coaches British Parli debate. She recently graduated with her MA in Bioethics from NYU. In between coaching and grad classes, she enjoys visiting China, rock climbing, playing Scrabble, and competing in an occasional triathlon. Katherine is recently engaged to the most remarkable man she has ever met.

Complex Societies and the Structure of Reality