The Battle for the Evangelical 20-Somethings

There are blind spots built into the discussion about who the next Christians are and what shape Christianity should take—blind spots which can only be really seen properly when the movement is put into dialogue with both history and other communities.

There are few things we evangelicals enjoy discussing these days more than the future of our own quirky movement. In 2008, Modern Reformation and Touchstone—two prominent religious magazines—both featured symposia on the question of evangelicalism's future, and last December the burgeoning inter-religious website Patheos made its first splash by doing the same. Michael Spencer, who was a prominent Christian blogger before dying last April from cancer, made national headlines when he forecast what he called "the coming evangelical collapse."

In an important sense, though, the question of evangelicalism's future is probably best answered by those who will be around to see it. And if two recent books are any indication, the future of the movement may be just as uncertain as it has ever been.

Gabe Lyons' The Next Christians provides an informal, story-laden overview of the distinctives of young leaders who are attempting to escape the long, paradoxical shadow of evangelicalism's simultaneous cultural withdrawal and cultural captivity. Lyons is something of an insider within evangelical leadership circles, co-founder of Catalyst and now as the leader of Q Ideas—and it shows. His data for "the next Christians" seems mostly dependent upon his extensive rolodex. It's a strength, not a vice, as his narrative style helps capture the ethos of the new evangelical leadership class and buttresses what would be an otherwise unsurprising theological point to those familiar with Kuyperian thinking: God is restoring every part of creation, and the "next Christians" are participating in that work.

While Lyons describes "the next Christians," Brett McCracken examines and critiques what he dubs "hipster Christianity" (the title of his book), which exists within the tricky frontier between Christianity and "cool." Like Lyons, McCracken is something of an insider to the phenomenon—he has written reviews and opinions for "hipster Christian" tastemaker magazine Relevant for years. McCracken's book is something of a caution against the dangers of trendiness within Christianity. But while he isn't above the sort of cheeky zingers that hipster Christians seem to enjoy, he saves his real ammunition for those "wannabe hip churches" that are working just a bit too hard to make Christianity relevant to people's lives.

Not surprisingly, McCracken and Lyons present relatively similar visions for the next Christianity, at the heart of which is the desire to finally establish a genuinely "countercultural" way of being Christian. In a moment of unity, they both offer wholehearted endorsements of Shane Claiborne, the idiosyncratic yet sincere "ordinary radical" who lives in a commune in Philadelphia. Just after Lyons carefully distances the "next Christians" from the critique that they are motivated by style or relevancy, he puts forward Shane Claiborne as someone who "embodies this countercultural lifestyle." McCracken suggests that in Jesus for President, Claiborne and Chris Haw come "as close as anyone to envisioning an authentic Christian hipster lifestyle."

The emphasis on "authentic" in the quote from McCracken is mine, as the qualifier reminds us of the deeper difference between Lyons and McCracken's respective approaches. While Lyons closes the book by acknowledging that "the next Christians" aren't perfect, he suggests that identifying such imperfections is not "the point." Fundamentally, they are still able to pursue the work of restoration, despite their "broken and messy" lives, a refrain that borders on turning the brokenness into a sort of twisted virtue.

McCracken, on the other hand, raises a spectre: younger, hipper Christians might be trying to strike all the right notes, but the "right notes" are determined more by what's trendy than timeless. For all the encouraging signs that Lyons sees among the next Christian elite, McCracken reminds us that most people still live in a world where consumerism dominates, where authenticity and causes are perpetually in danger of being reduced to brands, and where "activism" has been reduced to updating your Facebook status.

While there's nothing too surprising in either book's analysis, it's worth noting what McCracken and Lyons leave out. McCracken's book is more diagnostic while Lyons's is more prescriptive, but in describing the ethos of "the next Christians" and "hipster Christianity," neither shows any particular concern for young people in the black evangelical community, nor demonstrates any sort of awareness that maybe they should. If all we had were these two books alone, it would be easy for readers to think that the next hipster Christianity in America is going to be white, college-educated, and full of transplants into urban areas.

To be fair, the myopic focus on white, college-educated young evangelicals extends beyond these two books, including into my own previous writings on the topic. But the problem does raise important questions about who has set the terms for the discussion about the next evangelicalism. The absence of any discussion about young black evangelicals is troubling enough, but the problem becomes more acute when we remember that some 40% of evangelicals still don't attend college at all—a number that could grow if the economy stays bad. That silent but significant minority is frequently forgotten by those of us eager to analyze and project the shape of evangelicalism's future—and to our own detriment. Any attempt to describe a movement as diverse, complex, and broad as evangelicalism (of any age) will suffer inevitably suffer from oversimplification—but not to acknowledge these limitations of our perspective exacerbates the temptation to see only what we were looking for to begin with. Tunnel vision is part of the peculiarly human problem known as "self-deception."

And therein lies the question for my generation. Lyons calls us "the next Christians"—which I would like to say is to sell books, since "the young Christians" doesn't sound quite as nice. But framing us as "next" invariably reinforces the notion our attempt to be faithful to Scripture stands in contrast to the previous generation. We are "relearning restoration," rather than simply "learning" it—presumably because our parents forgot it. But who are we relearning it from? The presumption that we have (or are) the solution to a problem previous generations created makes it difficult to hear any internal critique. Not surprisingly, McCracken's attempt to correct our generation gently brought down fury on his head from young evangelicals (McCracken himself exacerbated this with an unfortunate Wall Street Journal op-ed that was not very representative of the book). While it may have been a failure of execution, the more troubling possibility is whether the myopic focus on our own merits in reference to our parents' has made young evangelicals incapable of hearing critiques of our own movement—even loving critiques from within.

The virtue of remembering the large, silent minority of younger evangelicals, then, is that it chastens those younger evangelical pundits who wish to speak for "the young evangelicals." The movement is simply not a monolith and while the ways younger evangelicals have reengaged their world can be encouraging, the "white, college-educated authentic hipster next Christian" is still a small minority.

That minority seems even smaller when we reflect about the fact that "the next Christians" will probably not be from North America at all—or if they are, they will be first and second generation immigrants, as they often are in England and Europe. As Phillip Jenkins has argued in The Next Christendom, "the center of gravity in the Christian world has shifted inexorably southward, to Africa, Asia, and Latin America." While the extraordinary rise of global Christianity cannot be solely attributed to evangelical efforts—Catholicism is still dominant—neither can such efforts be ignored. And locating the question of evangelicalism's future in America in this global context would help give younger evangelicals a better perspective on our own strengths and weaknesses.

In the past 30 years, evangelicals have often teetered between healthy self-criticism and narcissistic navel-gazing, a challenge that the "next Christians" need to learn to apply not only to their own individual lives, but the movement as a whole. There are blind spots built into the discussion about who the next Christians are and what shape Christianity should take—blind spots which can only be really seen properly when the movement is put into dialogue with both history and other communities around us. For the many merits of both The Next Christians and Hipster Christianity, they also make manifestly clear the compelling need for a broader examination and analysis. 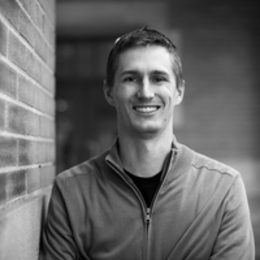 Matthew Lee Anderson is pursuing an D.Phil. in Christian Ethics at Oxford university. He is the author of Earthen Vessels and The End of Our Exploring, and he writes regularly at MereOrthodoxy.com about issues pertaining to evangelicalism, politics, and culture. Though he has lived in America his whole life, he is pleased to finally be able to cash in on his Canadian citizenship by writing for a Canuck organization.

What is to be done... to understand our moment?