The Calgary School and its advocates are often accused of wanting to Americanize Canada. Heavily influential in the Conservative Party of Canada and in this country's broader public debate, the School is a collection of political theorists, pundits and public intellectuals, including Rainer Knopff, F.L. "Ted" Morton, David Bercuson, Barry Cooper and Thomas Flanagan. What shall we make of the Calgary School?

Half a century ago, Harvard political scientist Louis Hartz (1919-1986) wrote The Liberal Tradition in America in which he advanced an intriguing explanation for the unique political culture of the United States. According to Hartz, because immigrants from the British Isles tended to come disproportionately from the poorer and marginal classes, they brought with them only a fragment of the total political culture of the old country. While Britain's political life was dominated by the dynamics of a fading feudalism, America was populated by those for whom feudalism was an increasingly remote memory. As a consequence, while a collectivistic conservatism persisted in Britain, and while socialism would come into its own there by the turn of the twentieth century, the American political culture would be monolithically dominated by a fairly narrow slice of Lockean liberalism, with its individualism and suspicion of government and the welfare state.

Nearly a dozen years after Hartz penned his book, Canadian political scientist Gad Horowitz adapted this "fragment theory" of political culture to his own country. Canada had received as immigrants, not merely those fleeing government and aristocracy in the old world, but also those fleeing the American War for Independence who sought to maintain their loyalty to the Crown within British territory. These refugees brought with them, not a suspicion of political authority, but a distrust of anarchy and a desire for "peace, order, and good government." These were the Tories, with their heightened sense of order and community, and whose presence made the eventual rise of a collectivistic socialism possible. Thus, the story has it, Canada's ideological landscape is wider and more diverse than that of the US, where all debates occur within a larger liberal framework rooted in Thomas Jefferson's Declaration of Independence.

I would suggest that this account is a partial truth at best. In reality there are a number of constraints effectively limiting political debate in this country, some of which are cultural and ideological, and others of which are demographic and institutional. Janet Ajzenstat has argued that an overemphasis on Canadian identity in some circles has unnecessarily curtailed full debate on, for example, the nature and extent of the welfare state. Furthermore, the fact that most of Canada's population resides in Ontario and Québec has left the western provinces and Atlantic Canada with a sense that their interests are not adequately protected by Ottawa. Finally, despite the formal power of Parliament as a body, the vast effective powers of a Canadian prime minister and his government do not encourage conciliation towards those outside this small circle of political leaders. All of these factors add up to a potentially unbalanced political system in which thorough deliberation is artificially constrained within fairly narrow parameters.

Enter the Calgary School, composed of a group of like-minded political scientists at the University of Calgary, Alberta. Unlike the run-of-the-mill, "ivory tower" academic, the members of this ad hoc school have made a surprisingly large impact on Canada's political climate within the space of two decades, although their ideas are somewhat out of the mainstream in many respects. The names are not well enough known to make them genuine celebrities, although they are familiar enough to academic political scientists: Rainer Knopff, F. L. "Ted" Morton, David Bercuson, Barry Cooper and Thomas Flanagan.

Knopff and Morton have written extensively about the role of the courts in imposing a leftist, "post-materialist" agenda on the country in the years since the adoption of the Charter of Rights and Freedoms in 1982. Historiographer Bercuson and political scientist Cooper wrote a provocative book in 1991, titled Deconfederation: Canada without Quebec, arguing that the effort to maintain national unity in the face of separatist sentiments ought to be abandoned. Calgarians Knopff, Keith Archer and Roger Gibbins collaborated with Carleton University's Leslie Pal in producing an excellent text in Canadian government, Parameters of Power, which went through two editions before being taken over by another political scientist who changed its focus. Flanagan has co-authored seven editions of an introductory political science text, but is perhaps best known for being "The Man Behind Stephen Harper," Leader of the new Conservative Party of Canada, which united the former Canadian Alliance and Progressive Conservative Party in 2003 culminating in the newly merged party's first leadership selection in March 2004.

Beginning almost twenty years ago, "the Calgarians" cultivated a relationship with the nascent Reform Party. Although the latter was perhaps too populist and plebiscitary in tone for their comfort, both Calgarians and Reformers were possessed of a conviction that the western provinces were being shortchanged within confederation as successive governments in Ottawa concentrated so heavily on the festering Québec issue. The precipitating event was the enactment in 1980 by Pierre Trudeau's government of the National Energy Program, an effort to promote energy self-sufficiency perceived by westerners to be detrimental to their interests. Although Brian Mulroney's Progressive Conservative government abandoned the program after coming to power four years later, westerners were nevertheless disappointed by the new Prime Minister's single-minded focus on keeping his party's Québec wing content. The Reform Party was established to meet the aspirations of these disaffected westerners.

There is more to the Calgary School, however, than western alienation. Some of the themes running through their writings include the following:

What shall we make of the Calgary School? Has it successfully contributed a genuine alternative amidst the failed ideologies of liberalism, socialism and nationalism—one that holds promise of renewing the Canadian commonweal? Yes and no. On the plus side, the Calgarians appear to have an appreciation for the significance of political institutions, as manifested in the first two editions of Parameters of Power. One cannot adequately understand how the political process works in a given polity, if one has not first grasped how distinctive institutions condition it. A concern for institutions is undoubtedly what is behind their conviction that the courts ought not to usurp the legitimate law-making authority of Parliament and the provincial legislatures.

Moreover, there is something to be said for curtailing the size of the public sector and reinvigorating private initiatives—unhappily labeled "civil society" in some quarters—though not necessarily for the reasons given by libertarians. Compare, for example, the numbers of private foundations south of the border, with their multiplicity of animating worldviews and variety of alternative funding sources on which to draw, to the much smaller number in Canada, where proportionately more of the economy is occupied by the welfare state. This is not an argument against the welfare state as such. It is simply to recognize that within such a state, where political élites accept as a matter of course that government initiatives are intrinsically secular and secularizing, the space for a diversity of spiritual communities to fund their own initiatives will be necessarily limited. This, the Calgarians appear to understand. If they flirt with an American model here, it may be because we genuinely have something to learn from our southern neighbours on this score.

Nevertheless—and this is the minus side—the Calgarians' "rugged individualism" is an obstacle both to a robust sense of the commons and, at least potentially, to the very flourishing of civil society that they seek. (One can comprehend the importance of political institutions without necessarily placing a strong value on the commons). Here is where the more traditional Tories are on to something and where looking to American models may lead astray. The public good that the state is called to defend and to advance is more than the sum of private goods pursued by individuals. This is a truth which those in the grip of a market ideology, with its notion of a night watchman state, tend to forget. A healthy society is more than self-interested individuals facing a potentially interfering state apparatus. It comprises several social formations, some of which have a basic institutional character and many of which are voluntary in nature. Within this pluriform society the state has a crucial, positive role to play in justly interrelating these communities, protecting their legitimate spaces, as well as protecting the proper space of the individual as individual.

Further, the state has a special responsibility to care for the commons, that is, the shared patrimony of the citizens. The "commons" includes phenomena as diverse as roadways, the energy and communications infrastructure, traffic lights and traffic laws, common currency, common weights and measures, the official language(s), snow removal, garbage collection, government buildings, Crown lands and corporations, public parks (national, provincial and municipal), public transportation, old age pensions, social assistance, universal health care, and even the constitution itself. Not all of these are necessarily directly controlled or delivered by the state, but the state certainly has a legitimate concern for their protection and maintenance, even if they are provided by a non-state agent.

Some of these elements, like the food eaten at a dinner party, are divisible among their beneficiaries, while others, like the table conversation, are indivisible and of value only as genuine common goods. (See William A. Frank, "Authority as Nurse of Freedom and the Common Good," for the dinner party analogy). Many of the programs of the welfare state fall into the divisible category, although the entire society can be said to benefit from a high level of good health and economic well-being. Public safety and good roads fall into the latter category, in that they cannot be enjoyed unless they remain whole and undivided.

Although the Calgary School may be right to try to diminish the size of the public sector, lowering taxes and cutting spending alone will hardly be enough to ensure that justice is done and may even represent a significant step backwards. Putting more resources in the hands of the non-governmental sector must be accompanied by a strategy to encourage their use for the public benefit, possibly through tax credits and collaborative efforts between government and non-governmental actors. Public justice requires moving beyond a liberal contractarianism to embrace an active state that nonetheless knows its limits. If the Calgarians can bring themselves to see this, they will have done all Canadians a service. 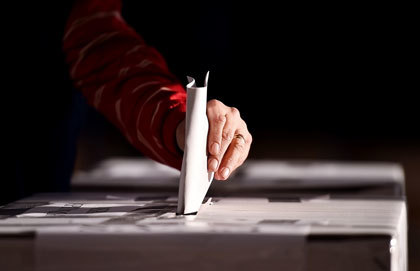