"The Call: Finding and Fulfilling the Central Purpose of Your Life"

The central reality of our time is the belief that there is no God.

There have always been people who believe that, or at least they lived as if, God did not exist. What is peculiar about our time is that practical atheism is now the reigning ideology and thus the major shaper of our culture. There are two serious, even fatal things wrong with this worldview.

First, atheism cannot fulfil the deeply ingrained yearning for meaning and significance in the hearts of people. The modern idols that promise happiness, whether money, power, success, or fame, in the end always turn out to be empty shells. People may be successful in every sense of the modern world, yet they feel empty and unfulfilled deep inside, unless they are touched by the true source of grace and goodness.

Second, practical atheism provides no basis for the shared moral standard by which to differentiate between right and wrong. There is thus no way to arrive at a consensus on the moral foundation to undergird a civil and free society. And without a measure of consensus about that, society can only be held together artificially, that is, on the basis of pragmatism, manipulation, or force.

The Call is an elegant and compelling analysis of the state of modern society. Most important, the author presents an alternative perspective and prescription derived from a close reading of biblical revelation.

This is how Guinness defines the meaning of God's call to His originally chosen people and then to the whole world: "Calling is the truth that God calls us to himself so decisively that everything we are, everything we do, and everything we have is invested with a special devotion and dynamism lived out as a response to his summons and service"(4).

Calling understood in this way and at its deepest level is God's way of saving all who in Christ are renewed and forgiven sinners. They are not only called but also enabled to respond in faith. As Guinness puts it: "In short, calling in the Bible is a central and dynamic theme that becomes a metaphor for the life of faith itself" (31).

The author takes issue with those who have interpreted the Christian faith in terms of separating the "sacred" from the "secular" and elevating the one at the expense of the other. This kind of dualism either leads to world-flight or to worldliness.

Instead, Guinness shows that the biblical version of calling implies that God is the sovereign ruler over his entire creation. Though fallen and now marred by sin and corrupted by evil, Christ has come into the world to proclaim the good news of His kingly and redeeming rule.

Consequently, respect for the wonderful gift of life itself is lost, with all the evil consequences we see displayed around us.

Similarly, responsibility is bereft of any sense of our standing before a holy and righteous God who calls us to respond to Him. Guinness writes: "The Western world is awash today with equal parts of hand wringing over the moral crisis and pious calls for greater responsibility to remedy it." (90).

But responsibility that is only to ourselves in effect means that we can do as we please. In contrast, true responsibility is really the same thing as being obedient to the only Sovereign, the maker of heaven and earth.

While God's call to us is personal, it is not individualistic; it has a communal dimension, expressed especially in the body of Christ's followers, the church. But it also comes to expression in all the other relationships such as in the family, our daily work, politics, and neighbourhood bonds. There, too, we ought to serve, following the example of our Lord.

In contrast, Guinness writes that to be called by God "transforms lives so that even the commonplace and menial are invested with the splendour of the ordinary"(196). Ordinary things, even drudgery, done for God, changes and elevates us.

Calling also transforms by the recognition that the things of the earth were blessed and pronounced good by the Creator at the very beginning of time. Work done in that awareness is an affirmation that evil and futility are not inevitable.

In contrast to such world-denying religions as Buddhism and Gnosticism, Guinness asserts that the Christian faith "has a bifocal vision—it is world affirming and world denying at the same time. Seen one way, the world is marred, broken by the ravages of evil. But seen another way, the world was made and pronounced good. Despite the ruin, the reality and goodness of God's creation are constant and inalienable" (199).

Guinness explains that he sees his calling in part as an effort to "make sense of the Gospel to the world (as an apologist) and to make sense of the world to the church (as an analyst). I have sought to do both in a way that stands between high, specialised, academic knowledge and ordinary, popular thinking" (76).</.p>

The audience he has in mind are "those who know that their source of purpose must rise above the highest of self-help, humanist hopes and who long for their faith to have integrity and effectiveness in the face of all the challenges of the modern world."

Guinness succeeds masterfully in his objective. This book is a bracing articulation of what it means to be a Christian in the midst of great spiritual confusion.

His main theme is supported by moving stories of people filled with faith and courage who took a stand against great odds, sometimes at the expense of their lives. These inspiring stories make the book come to life in a way that fills the reader with amazement about the power of God in the lives of people who simply did their duty in the place God had put them.

The Call is a timely book filled with biblical wisdom. It is eminently readable, delighting seasoned Christians and encouraging the timid, providing direction to all who are unsure about the purpose of their lives.

It is especially suited for young adults who typically are exposed to too much television and experience too many conflicting signals. The Call provides good solid spiritual food.

This is a book that inspires and lifts the spirit. Read it. Give it to your children and parents, your grandchildren and grandparents. They will be grateful. 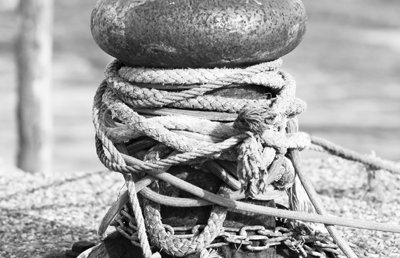 The Gift of Guilt and the Recovery of Joy

There is no more characteristically modern assumption than the belief that it lies within our power to find happiness.