The juggernaut rolls on. Equality has become the watchword for the formation of public policy and the overhaul of social structures.

Ontario is setting the trend in supposedly establishing a discrimination-free workplace with its equality rights legislation and its brand new Pay Equity Commission. The Peterson government, fresh from an overwhelming electoral victory, seems determined to continue in the egalitarian direction.

Ontario's Pay Equity Act will accomplish something quite different than its purported goal of eliminating unfair discrimination. This legislation is but one component of a larger scheme to remake society that pretty much follows the blueprint for the new society found in the 1984 Abella Royal Commission Report, Equality in Employment. This blueprint calls for drastic changes not only in the workplace but also in the traditional structures of marriage and family, and in the way children are educated. Among other things, Judge Abella advocated an end to marriage as a normative institution; publicly funded, universal daycare; and the monitoring of school textbooks to instill the correct attitudes in children. As Rousseau said: "If it is good to know how to deal with men as they are, it is much better to make them what there is need that they should be."

A Warning Against Suicide

Few people dare raise their voice against the popular version of equality behind the proliferation of dreadful public policies, and fewer still actually do so in a responsible and intelligent manner. Fortunately, there are exceptions and they ought to be applauded, even if they appear to be fighting a losing battle.

History Professor Michael Mamis is deeply troubled by this policy. He writes that what bothers him about these rules is "the deliberate introduction of questions of gender and gender-balance into what ought to be a purely academic process." He wonders whether women academics really want to see themselves as "representatives" of their gender and whether a balance among men and women, rather than fairness or scholarly excellence, is a proper goal at the university. He continues:

My main concern is that we should be "gender-blind" in selecting appointments, just as we should be blind to any other factor having nothing to do with academic quality. To many of us, this goes to the very heart of the question of unfair discrimination against any person, for any reason. Such discrimination is not only repugnant morally, it is also highly unprofessional because it introduces factors utterly extraneous to what should be a purely scholarly evaluation. Candidates should be judged solely and exclusively on the basis of their academic performance and potential.

. . . I fear greatly that once we introduce the kind of non-scholarly considerations that inform the proposed procedures, we will have compromised those very principles we all are supposed to defend. Unfairness will then be built into the system.

A colleague, law professor Stanley Schiff, believes that the notion of underrepresentation is based on the false assumption that a particular number of each sex is necessary in every university division. He argues that the new rules are "a recipe for hiring second-best candidates solely on the basis of sex."

Professor John Crispo of the Faculty of Management Studies never minces words about what he believes. He calls the proposed hiring rules an exhibition of "suicidal tendencies," and warns that if the university practises reverse discrimination on the basis of sex, it "gives up any pretense of the excellence for which it claims to strive" (University of Toronto Bulletin, September 14, 1987, pp. 13-15).

Those familiar with the contemporary egalitarian emphasis in public policy know that Sweden is held up as an illustrious example. For at least a quarter of a century, Swedish opinion and policy makers have fought to eliminate the differences between men and women. The ideal has been the working family and economic independence. In 1984, Swedish Undersecretary for Labour Berit Rollen wrote that the Swedish government is intent on eliminating the bourgeois ideal of the family. "We [now] want to make it possible for everybody to find a paid job and to achieve economic independence . . . Our aim is to apply this attitude to the whole of society, to working life but also to politics and family life. [We] realize that this will call for changes in the way in which society, workplaces and the home are organized." This sentiment is in line with Sweden's 1968 report to the United Nations on the status of women, which states that "a radical change in deep-rooted traditions and attitudes must be brought about among both men and women, and active steps must be taken by the community to encourage a change in the roles played by both."

These are precisely the arguments one finds in the Abella report. There are therefore good reasons to take a hard look at Sweden as the prototype of the discrimination-free society, and to heed the warnings coming from that country. For example, Robert Fulford reported in 1985 that the extensive welfare policies in Sweden have become so costly that the government is now looking for ways to unload certain tasks back on the family. Fulford describes Sweden's new twist to the welfare state as follows:

A recent paper from the Swedish Secretariat for Futures Studies, "Care and Welfare at the Crossroads," expressed the view that the cost of caring for the old, the handicapped, children, and the ill is moving towards unacceptable levels. The secretariat's proposed solution is to conscript citizens as part-time amateur care providers. Instead of increasing taxes further, the government would put a levy on the time of the citizens. Everyone from nineteen to sixty-five would be compelled to give four to six hours a week to care for those who need help.

Sweden, then, is thinking of reinventing private charity, by fiat. Faced with the imminent failure of the public sector, the secretariat has concluded that the private sector must somehow be compelled to do the work. The notion is grotesque—the milk of human kindness measured out by law, like military service . . . (Saturday Night, March 1985, p. 6)

The madness of social engineering has come full circle. Then why is Canada now bent on following the Swedish example?

According to law professor Ian Hunter, the drive for more and more state intervention in the name of equality and human rights results from "the essentially theological nature of human rights legislation. To a secular society, the quest for equality fulfils the same yearnings as, in centuries past, did the quest for God. The religious vision of Heaven, a land beyond time and mortality and very far off, has been replaced by a Utopian vision of an egalitarian society, to be obtained through Charters, Commissions, Affirmative Actions, and Legislated Codes of Behaviour" (The Idler, May-June 1985, p. 38).

When the state succumbs to the temptation of social engineering, its primary function of administering public justice is weakened, if not destroyed. This is why we see the strange paradox of an increasingly politicized society next to political institutions (notably Parliament, the courts, and political parties) that fail to concentrate on their primary and legitimate task of establishing a just political order. This phenomenon was aptly expressed by Herbert Schlossberg: "When the provision of paternal security replaces the provision of justice as the function of the state, the state stops providing justice" (Idols for Destruction, p. 184). Words worth pondering. 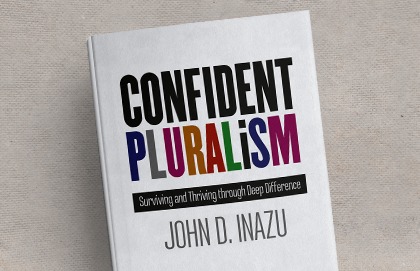 Don't Be Fooled by Equity Newspeak