The Case for Dynamic Music History

In music, like in all of life, the present and the past are not as distinct as we may first have thought.

Historical sense and poetic sense should not, in the end, be contradictory, for if poetry is the little myth we make, history is the big myth we live, and in our living, constantly remake.
—Robert Penn Warren

As a music historian, I found myself agreeing with much of Kevin Gosa's recent Comment article "A New Future for Music History." Sadly, it is all too true that musicians are often utterly bored by music history classes and that they do not need to be. Amen to that.

What troubled me about the article was the manner in which Gosa characterized music history throughout, juxtaposing and separating music, which he describes as dynamic and "alive," from music history, which he supposes to be "static" and presumably dead. Gosa asserts, "History for the most part is static, immovable, unrepeatable set of events that exist in the past." Really? I'm not so sure about that.

A quick glance through the myriad editions of the infamous music history classic, Donald J. Grout's A History of Western Music, demonstrates the basic "facts" of history change all the time. As researchers comb archives, books, and scores and learn new information, history is rewritten at a sometimes astonishing pace. I recall for instance taking a graduate seminar on Renaissance music and writing my final paper on the composer Josquin des Prez (c. 1450-1521; yes, one of those Franco-Flemish guys) and the compositions he wrote during his long tenure at the Sforza court in Milan. Less than twelve months later, new archival evidence emerged that suggested Josquin was not in Milan during the years we had presumed at all; he probably only worked there for a short time, during a different decade. Josquin was perhaps the most famous and popular composer of his day (Martin Luther was a fan, calling him "master of the notes"), and yet basic information about his career and compositions are still learned and corrected on a regular basis.

Much more noticeably, however, new editions of "Grout" (as this text is still often called, even though Donald J. has been dead for many years and other authors have taken over the tome) have a dramatically enlarged cast of characters than older versions. Yes, Bach, Beethoven and the boys are still leading protagonists, but to the list of canonical dead white European male composers are added a few women (such as Clara Schumann and Amy Beach) and people of colour (such as Scott Joplin and Duke Ellington), as well the names of some composers working outside of Italy, France, Germany and England (evidently people have been making music in countries such as Spain and Norway for hundreds of years too). A more dramatic change in the cast of characters has been to include not only composers, but performers and audience members in the story, in addition to a wealth of contextual information about the political, ideological, socio-economic conditions under which music was made. Who performed music, and in what context? What technologies allowed scores (and later recordings) to be disseminated? Who paid for music to be composed and performed, and how did that affect the music's creation and reception? Which ideas shaped the theory and practice of music-making?

As these questions suggest, another significant variable among different histories of music that have been told over time is the point or moral of the story, the grand meta-narrative that unites all the smaller anecdotes together. Is the history a story about God doling out measures of genius to key men [sic] throughout the centuries? Is it an indictment against the excesses of the upper classes? Do we learn from this tale that money and power make everything in the world go round, including art? Is it an example of how art is always shaped by the zeitgeist of its era? All music histories pose and answer big questions such as these in diverse ways, whether explicitly or implicitly.

So no, history is not static; it is almost infinitely variable and it changes as those who tell it change. In this way history can be thought of as a kind of mirror which reflects the worldview, tastes, biases, and preoccupations of the teller; as ideas, fashions, and discoveries transform contemporary life, so history transforms with it. Since the past can only exist within the confines of our imagination, the present and the past are not as distinct as we may first have thought. And (here's the important part): this reality has profound implications for how we read history on the one hand and how we experience music on the other.

Reading History—Knowing that history is a flexible story shaped by those who are telling it should make us skeptical readers of history (musical and otherwise). Some famous examples of music history bias: Musicology as a discipline was founded in Germany in the 19th century and their histories proclaimed that German composers represented the apex of the western musical tradition. (Do you buy it?) Early editions of "Grout" cautioned students not to think of Gregorian chant as "pure" music because it served a daily liturgical function. (What definition of music is at play here?) Elvis has for years been regarded as the "king of rock and roll" with little acknowledgment that most of his hits were covers of R&B tunes previously recorded by African-American musicians. (Whose voices are being silenced?) Strong musical cadences used to be described in musicological writing as "masculine" and weak ones as "feminine." (Who benefits from this narrative?) As these examples demonstrate, a posture of skepticism can lead us to important insights about ideology and justice in relation to the histories we read.

Experiencing Music—A less obvious but perhaps more important consequence of these inescapably biased music histories is that they profoundly affect the way we hear the music in question. A little-acknowledged or understood aspect of our musical experiences is that they are shaped to a startling degree by discourse—a variety of stories we tell about the music. We like to tout music's non-verbal qualities, enjoying its ability to speak beyond what we can express in words. But the fact remains that all of our musical experiences are mediated by words and stories, both generic and specific. A friend tells us that a certain artist is "cool" or that a certain song was played at his dad's funeral; a band director explains that marches should be played at walking tempos while a choir director explains the liturgical function of an anthem; we learn that Bach was a devoted Christian, Wagner was an anti-Semite, and Schoenberg felt the weight of history on him; we are aware that folkies sought peace and authenticity and punk rockers told everyone to stuff it; and all of these stories shape how we hear the music, affect our enjoyment of it, and often prompt us to embrace certain styles and composers while rejecting others.

Another famous example from music history: Shostakovich's popularity was at its zenith in the West when the Soviets were our allies in World War II and he wrote a symphony celebrating the triumph of the Russians over the Nazis. His reputation plummeted during the Cold War, when he was seen as a lackey of the communist Soviet regime. After the thaw, and especially after some musicologists and critics suggested that he may have been a quiet rebel against Soviet authorities all those years, the estimation and enjoyment of his music soared once more.

Discourse about music, including music history, is an inescapable component of how we hear music, whether we are aware of this influence or not. Music and music history cannot be neatly separated as two discrete entities. In the same way that the present and the past are not as distinct as we may first have thought, music history and our love for music may be more intertwined than we ever imagined.

Editors: This article echoes nicely sentiments written years ago by Calvin Seerveld in his essay "Footprints in the Snow." Originally published under that title in Philosophia Reformata 56 (1991), 1-34, it will be included in its entirety in volume four of a projected five-volume work of collected essays and lectures by Dr. Seerveld to be published beginning in 2011 by Dordt College Press. 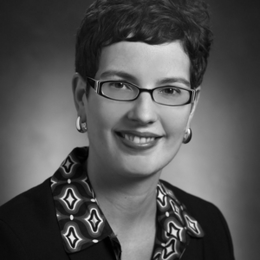 Benita Wolters-Fredlund teaches music history at Calvin College in Grand Rapids, MI. She holds degrees from Redeemer University College (1996), the University of British Columbia (1999) and the University of Toronto (2005), and her research interests include a wide array of topics including Canadian music history, Jewish music, music of the Holocaust, and folk music. When she isnâ€™t reading or writing about music history, Benita enjoys red wine, mystery novels, and singing. 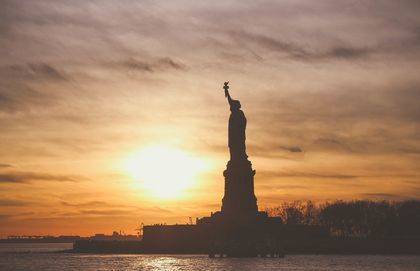 The Reflective Patriotism of Land of Hope