The Coming Century of Commonism: The Beauty and the Beast of Global Governance

Philip Bom is a professor in the School of Public Policy at Regent University in Virginia Beach (formerly known as CBN University). This reviewer's interest in The Coming Century of Commonism was heightened by the remarkable circumstance that he and Professor Bom had quite independently, and more or less at the same time, coined a new word—"commonism"—though in somewhat different contexts. "A new spirit is hailed in the world—the spirit of Commonism....Yesterday's 'isms' are Communism and Capitalism. The 'ism' of tomorrow is Commonism." In other words, the book addresses a fundamental transition in the international social, cultural, political, economic, and indeed religious order. Addressing transition in such global terms is a tall order. And yet it is in everybody's interest to begin to understand how the major "isms" of the twentieth century are beginning to mutate into a strange amalgam of beliefs about man and his world, and ultimately, about man's relationship to God.

The book is concerned with the spectre of world government, evolving in a new world order being touted by all manner of political leaders, from President Bush to ex-President Gorbachev, and by numerous world commissions centred on the United Nations. The gigantic environmental Earth Summit being conducted in Brazil later this year is only the latest and most dramatic example of the energies being expended in the ostensible cause of mankind's survival—on behalf of "universal Humanity," in the words of ex-Prime Minister P.E. Trudeau. Philip Bom's task is to try to explain how the necessary "global state of mind" has been developing, particularly over the past three decades, and then to test these developments against the biblical norms. The new world order has the world and man as their own reference points. Even though all kinds of religion are also being harnessed to the cause, a Christian critique, based on a worldview rooted in God's transcendental sovereignty, must sooner or later end up with an apocalyptic vision of the end-times. Thus the history of the world is unfolding, seemingly in the appointed manner.

In consequence, The Coming Century of Commonism is primarily a history book, a meticulously sourced account of the events of the most recent past. But because the history is not linear, with so many things happening on so many fronts, more or less simultaneously, the book is finally impressionistic. The actors on the world stage use the same kinds of language over and over, and their actions reflect the same patterns, almost reminiscent of New Age artÃ¢â‚¬â€ those repetitive oriental images conjured up by Mandelbrot and the other visual exponents of chaos theory. When all the dots have been placed on the canvas, the reader is obliged to try to extricate himself, to stand back to form his own picture, and decide what all of this means.

The book could itself be faulted for being somewhat repetitive, and for erring on the side of descriptiveness as distinct from analysis. Aside from the metaphor of commonism, there is still a need to explore, in greater depth, the true nature of the underlying causes of this new development. Numerous events and utterances (what an avalanche of words is now befalling mankind!) are strung together, but the difficulty remains of interpreting individual data. On the other hand, somebody who (like Philip Bom) does understand what is going on, must still fill the need to record the data in the first place, which is what he has done. That is why I value The Coming Century of Commonism as a sourcebook for all Christian students of the contemporary scene. For the full implications to sink in will take time. Professor Bom has paved the way for others who will want to make it their business to further divine the meaning of the new ethos for themselves and their children.

We may be tempted to ask what is so bad about commonism, especially if it promises to take us "beyond" capitalism and "beyond" communism into a "Third Realm" of global human bliss? The most elementary answer is that there are implications for freedom. There are also implications for democracy because the new order redefines democracy in strange ways. And there are clear implications for truth. For example, the book explores the nonsense of a new notion that nations must now be "pooling their sovereignties" as in the new Europe, which could be a model for a new Holy Roman Empire of One World. No one dares to advocate the abandonment of national sovereignties. A moment's reflection will expose the fallacy. Sovereignty is a species of national exclusivity. How can one possibly pool exclusivities?

The truth also suffers because the evidence of the reality has always been with us. This has never been a peaceful world. At the very moment when the unity of mankind is being deified, the world erupts into regional and localized forms of strife as vicious as anything history has seen. The new world of commonism remains a mirage, but we will act as if it is with us. We will agree to live the lie. Or, if we are serious about making it true, then we will surely have to abandon freedom, because only in a totalitarian world state would it be possible to force people to conform. The oppression may not necessarily be violent. It is also possible to oppress by brainwashing, by monolithic programs of "consciousness raising," or by withholding material and other public benefits from nonconformists. One further example of untruth will suffice. We are all being conditioned to embrace the new religion of interdependence. Not a smidgeon of thought is spared for the rather simple insight that the very notion of interdependence rests on a prior condition, namely, that there be independent though cooperative entities.

This is the sort of discussion and analysis that Philip Bom's book ought to and no doubt will evoke among readers and students, especially Christians. The Coming Century of Commonism is required reading. 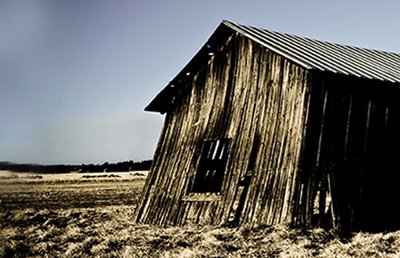 Making the most of college: learning from history

A Window on the Future