The Decent Drapery of Life

Every reader of every publication, including News of the World, battles villainy from within themselves and without.

The baseness of the actions at the bottom of the News Corp phone-hacking scandal is truly—in the words of Prime Minister Cameron—shocking. Reporter Glenn Mulcaire's strategy of breaking into a missing girl's cell phone, listening to anguished messages from friends and family, then deleting those messages in the hopes of scavenging up more would never cross most of our minds.

But there is a buried element of the News Corp scandal that ought to give us all pause. It breaks briefly to the surface in Mulcaire's statement that he was under "relentless pressure" to produce information for the tabloid, without any ethical boundaries around how he was supposed to get it. Mulcaire bears the responsibility for his own actions, no matter what kind of pressure News of the World put on him. But his statement indicates something about the world of pop journalism that we should take to heart: that the moral vacuum of tabloid reporting practices is partly the fault of readers.

Tabloids like News of the World thrive on the allure of forbidden knowledge, the first dark desire of the human heart. The rapacious pursuit of forbidden knowledge is the driving force of much base human action, from the enormous pornography market—which plays on the desire to know intimately something that we ought not to know—to the twinge of elation at overhearing a bit of workplace gossip. There is an inherent smallness, a dirtiness, in the sneaky pleasure of forbidden knowledge. Many people put this stolen-fruit pleasure on par with "white lies": a little bit bad, but not worth feeling guilty about.

But like the seemingly innocuous white lie, the pleasure of sampling forbidden fruit is more serious than it first appears. Through repetition, it gradually makes people comfortable with the baser parts of their nature—first as individuals, and then as a society as a whole. The proper name for this settling-in of sin is villainy.

It may seem a bit extreme to call reading the occasional trashy gossip column "villainy," as if cracking open a copy of National Enquirer is tantamount to launching the blitzkrieg on Poland. But historically, the word "villainy" was associated more with small, habitual sins than with large-scale evil. Dr. Anthony Esolen, professor of Renaissance Literature at Providence College, says that throughout literature, the word "villain" simply indicates a person who does not respect things as he ought. Villains are brutes, louts, cowards, petty criminals. They do not appreciate and treasure the small, sacred things, but instead tromp through the world like Jack's ugly giant, crushing everything tender and innocent. Small boys smashing butterflies are villains, as are fathers beating their children. They are intentionally ignorant (note the etymological root: ignore) of the right ordering of the world, which requires tenderness and thoughtful care for the small and weak things.

It is helpful to consider villainy alongside its opposite: virtue. Virtue is the habit of paying proper deference, which can include reprimanding evil as we encounter it. In many ways, virtue is synonymous with respect. It seeks the true nature of things and strives to deal with them as they ought to be dealt with. For example, a virtuous person would reject the habit of viewing pornography, because virtue obligates him to respect the private, sacred nature of the things involved (the naked body and the sex act). Pornography is, in essence, petty theft. It is stealing, on a whim, intimate knowledge that rightly takes months, even years, to earn.

This kind of petty theft is at the root of the tabloid industry. Tabloids treat intimate, often painful details of other people's lives as a marketable commodity: appealing because they are forbidden. The intimate nature of those stories demands that they be earned, not purchased. The tabloid industry twists the secret nature of other people's lives, a fundamental mystery that deserves to be approached with respect and delicacy, to their own commercial advantage, and they do this in response to consumers' wishes. In the case of News of the World, run-ins with law enforcement began in 2006 when it was revealed that a reporter from the tabloid was hacking the royal family's phones. Last year the New York Times uncovered a News of the World journalist's attempts to hack the phone of a television personality. With the discovery of the hacking of Milly's phone in 2002, it becomes clear that the phone-hacking has been going on for at least 9 years.

We can draw two important observations from this. First, we know that tabloid journalism is a business: if people were not interested in the product, the supplier would cease to exist. The "relentless pressure" Mulcaire mentions is pressure to produce a highly sought-after product, evidenced by the fact that last year News of the World sales peaked at almost 3,000,000 hardcopies a week. The record of phone-hacking shows that for at least the last 9 years, a segment of News of the World's readers have inclined towards stories so scandalous that they cannot be bought—only stolen. The actions of the News Corp are reprehensible, but they are also reactions to a commercial directive.

But the second observation is this: supply molds demand. This is the premise behind innovation, where entrepreneurs do not wait for a product to be demanded, but instead create something new which then sculpts the consumer's appetite to demand it. So once a news source begins to supply vile things, the demand will grow and grow, and in the case of News of the World, eventually overcome the good. News of the World is (or was) not only a trashy-news machine. Of the 200 staff members who lost their jobs when the paper closed, only a few were actually responsible. But a drop of villainy, like cyanide, ruins a whole glass of water. Villainy is a vicious cycle: it is caused by debased appetites, but it also causes them.

This carries over to our personal lives. Villainy arises in response to our (sometimes unspoken) desires, but it also implicates us by proximity, unsolicited. It's a fight on two fronts. Widespread villainy is not a malady new to our day. In the 18th century, seeing the moral bankruptcy of the French Republic following the Revolution, Edmund Burke lamented, "All the decent drapery of life is to be rudely torn off. All the super-added ideas, furnished from the wardrobe of a moral imagination . . . are to be exploded as a ridiculous, absurd, and antiquated fashion."

Maintaining virtue requires constant vigilance, but the News Corp scandal shows us what's at stake. How do we cultivate a virtuous approach to counter the villainy coming at us both from within and from without? It might be good to begin with identifying the frail in the world, the people who deserve our tenderness, and caring for them as we ought. In the case of Milly Dowler, it is her bereaved family and friends. Even now, our response to this scandal could easily slide from the current righteous indignation to another bout of selfish curiosity. And a key step in communicating virtuous values is choosing carefully what we express a commercial interest in. By choosing, day after day, moment after moment, to participate in what is respectful, charitable, and virtuous, and bypassing what piques our baser interests, we can begin to re-hang the decent drapery of life. 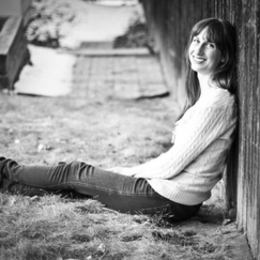 Jane Anne Clark is a senior at The King's College, NYC, studying politics, philosophy, and economics. She plans to pursue graduate work in philosophy.

Whom do you trust in your web browsing?