The destructive power of good

12.3 million people work in slave-like conditions in the world of human trafficking. Philanthropic activist Heidi Metcalf offers a glimpse into this dark world in which the humanity of its victims remains, intact. Heidi Metcalf works with the philanthropic organization Geneva Global, Inc.
by Heidi Metcalf

Yea though I walk through the valley of the shadow of death . . .

This valley must look a lot like the red-light district of Mumbai. Hot, dirty, dark, disease-infested. Animal feces mixed with mud, sinister looking pimps—men and women—lurk in the shade of the tattered awnings of shops and brothels. The buildings are two to three stories tall. Shutters open from the second floor of the brothels and silently announce the contents of the cages therein: minor girls trapped inside . . . the brothel keepers' most valuable possessions. I search the empty eyes of a woman who struggles to keep them open after servicing twenty-five men the night before.

I meet six HIV-positive women at a rehabilitation home outside of Mumbai. Each woman tells a story of pain and abuse. One was trafficked at fourteen by her uncle in a brothel in Mumbai. She was rescued, but not before she was infected with AIDS. Another woman was raped by a family member and gave birth to a still-born child. She was beaten until she almost died. Then she was infected. A woman across the room lost her husband to AIDS and then her one-and-a-half-year-old. A year or so later, her second and, now, only child died, too. She is alone, infected, but not yet dead.

These women did not choose to become commercial sex workers. Many were forced, sold or tricked into the trade. They were trafficked.

Human trafficking forces children, women, and men into servitude. Human trafficking may entail forced prostitution or sexual exploitation. Or, it can mean child-soldiers recruited into African militia, young boys abducted to be camel jockeys in the Middle East, and adults and children forced into bonded labor to be exploited across the world. Money need not be exchanged, nor must borders be crossed for it to qualify as trafficking.

Annually, from 600,000 to 800,000 human beings are trafficked across international borders. Millions more are trafficked within their own countries. The International Labor Organization reports that at least 12.3 million people work in slave-like conditions. Worth at least $8 billion a year, human trafficking is big business.

I will never forget an Indian woman named Nandi. She made a profession of faith at thirteen, she was sold by an uncle at fourteen, then Nandi was raped and forced to prostitute herself until she was rescued at seventeen. Now, she is HIV-positive. Despite her suffering, Nandi's eyes danced as she read her favourite Scripture, Psalm 3, to me:

O Lord, how many are my foes! How many rise up against me! Many are saying of me, "God will not deliver him." But you are a shield around me, O Lord; you bestow glory on me and lift up my head. To the Lord I cry aloud, and he answers me from his holy hill. I lie down and sleep; I wake again, because the Lord sustains me. I will not fear the tens of thousands drawn up against me on every side. Arise, O Lord! Deliver me, O my God! Strike all my enemies on the jaw; break the teeth of the wicked. From the Lord comes deliverance. May your blessing be on your people.

Danced! Nandi clung to God because she believed His goodness was faithful enough and powerful enough to destroy the evil that enslaved her.

There is a destructive power in good that overcomes evil, and in the face of the overwhelming evil, Romans 12:21 encourages us...

Do not be overcome by evil, but overcome evil with good.

How can you and I respond practically?

Learn about the issue. Pray consistently for a country and its vulnerable people. Involve your family in the learning and the praying.

Look for evidence of trafficking within your country and report suspicious activity. An estimated 3000 people are trafficked in and through Canada, annually. 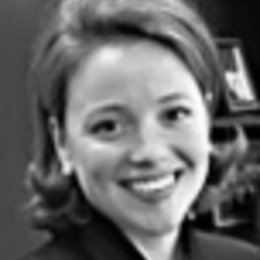 Heidi Metcalf works with the philanthropic organization Geneva Global, Inc. She has over twelve years of experience spanning the private, public and nonprofit sectors. For the past seven years she served as Executive Director of Partnership for the Future (PFF), a business-education partnership based in Richmond, VA. Prior to joining PFF, Heidi served as Policy Advisor to the Governor of Virginia and was an Account Manager with Procter & Gamble. She received her B.A. from the University of Virginia in English Literature and received her Masters in Public Policy from the John F. Kennedy School of Government at Harvard University.

A report on the current state of the television medium