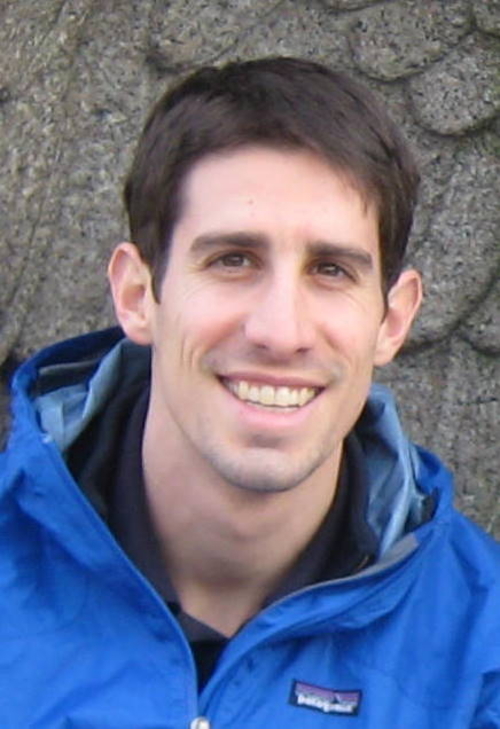 From what stance can we call others to virtue if our vision of virtue is based on our own self-chosen Story? When someone asks, "Why should I listen to you?" or, in the language of a two-year-old, "Who made you the boss of me?" what can we say?

This week as I sat on the children's couch at our public library reading to my three-year-old daughter, I observed a mother of four young children—all under the age of six—enter the children's section. She told the oldest three where they could go and how many books they could choose, and took her youngest daughter with her to select books. During their library visit, I observed this mother correct her children. She didn't raise her voice, and she didn't nag; she spoke once, and her children responded. Even though I had never met this family before, it was clear that the hard work of character formation was already bearing fruit in these young children.

Character is significantly formed well before children reach school age and will influence every facet of their lives from family life to future health, education, and civic contribution. As I have shown in The Apprenticeship of Being Human: Why Early Childhood Parenting Matters to Everyone, a child's early, repeated experiences establish for them what is normal and what is normative. For the children I observed in the library, it was normal to err, to be corrected once, and to repent. It was equally clear that parental authority and prompt obedience are normative in their family. The same principles operate in families that do not intentionally nurture character. On countless occasions I have witnessed empty threats on the playground: "If you do that one more time, we're leaving!" The child repeats the action, the parent repeats the threat, and the only people leaving the playground are those fleeing from the undisciplined child.

A child's early, repeated experiences are as critical for brain development as they are for character formation. The two are inseparable, for character formation is one facet of the breathtakingly rapid and sensitive brain growth in early childhood. A child's brain grows from twenty-five percent to eighty percent of its adult volume between birth and age three (Zero to Three). If babies' bodies grew at the same rate as their brains, they would weigh 170 pounds by one month of age (Early Childhood Colorado). Brain development at this age is activity dependent, meaning that a child's repeated experiences shape not only the sense of normal and normative, but the physical structure of his or her brain.

Stories take centre stage in early childhood brain development: both the small-s stories that we read and the capital-S Stories that guide us in choosing which small-s stories to read and tell. The number and tone of words spoken in the home, and the narrative arc of the stories told furnish a child with a posture toward the world and the tools with which to navigate it. If words are few, the tone negative, and the Story tragic, then children naturally act out a social tragedy. Or, if parents encourage their children to pursue success at all costs, the children will ignore or trample others in the pursuit of their own "success." In contrast to both of these, parents who celebrate goodness, truth, and beauty in stories don't merely tell their children to sit up and be quiet. They show them honour and respect in well-crafted stories, filled with great heroes. For better or worse, whether thoughtfully or carelessly, children are shaped—quite literally—by Stories.

Of all the dimensions of human development that parents influence in the early years, none is more important than the cultivation of virtue, because virtue energizes and guides the cultivation of every other skill. Consider the virtue of patience. Learning to delay gratification is a key part of the toddler years. Young children who learn patience through stories, modelling, and practice are primed for a life of learning. They form healthier relationships with others; they acquire other secondary skills and virtues by patient perseverance; and they enjoy the delight of learning. For toddlers (and most of us bigger folks) lectures can't compare to literature in portraying and forming character. Gladys Hunt writes, "Good literature teaches more than we know. Example always speaks louder than precept, and books can do more to inspire honor and tenacity of purpose than all the chiding and exhortations in the world."

Stories, virtue formation, and neuroscience are intertwined. Empirical research shows emphatically that character (what social scientists sometimes call "non-cognitive skills") matters tremendously for individual brain development and for flourishing societies. Furthermore, research reveals the unparalleled influence that parents have in nurturing human development. But scientific research, by its very nature, cannot tell us what is good and true and beautiful. Anthropological research can tell us what overlap there is among the values and virtues of diverse cultures. But it cannot tell us whether this reflects the way things really ought to be; it can only describe the way things are.

Thus the interrelationship among early nurture, virtue formation, Stories, and neuroscience creates a problem: the Virtue Problem. This is perhaps the most pressing problem of our time, for it will shape whether we and our children and grandchildren live in just, flourishing societies or in oppressive, toxic societies. In our globalizing, pluralist age we are commanded to choose our own Story and select our own values. From what stance can we call others (to say nothing of our own children!) to virtue if our vision of virtue is based on our own self-chosen Story? When someone asks, "Why should I listen to you?" or, in the language of a two-year-old, "Who made you the boss of me?" what can we say?

The answer is the Story, the Gospel Story, because it is a new starting place. It is not a self-chosen Story. It is the Story in which we are chosen and of which we become active characters. To offer any other answer is to capitulate to other Stories that make ultimate claims. We believe that God created this good and beautiful world, and humanity in his image to enjoy a full and fulfilling relationship with him, with one another, and with the created world—that we might individually and communally glorify him by reflecting his image. This beautiful world was plunged into futility, pain, and death through our own fault. We broke faith and relationship with our loving Creator by disobedience, and were thereby estranged from him, from one another, and from the created world. Our dignity as his image-bearers was disfigured. Into this beautiful but tragically broken world, the Lord Jesus came to reconcile us to the Father through the cross, and to dwell in and with us by the Spirit. He came to restore us to one another across ethnic, religious, and social lines—even across time; he came to renew us in the wise stewardship of his beautiful yet broken creation; and he came to redeem us by enabling us to bear his image in a new way—the likeness of the Son, who is the image of the invisible God. He accomplished this in stunning reversal by becoming sin for the sinful on the stage of human history, and by imputing virtue to the vile. In Samuel Crossman's beautiful words, it is "love to the loveless shown, that they might lovely be." We, the reconciled, restored, renewed, redeemed community, are the foretaste of the new creation, and are entrusted with the message of reconciliation as we look forward to the End of the Story, the new heavens and the new earth.

In confessing "we believe," we are committing ourselves to the truth of a Story that cannot be demonstrated on the principles of any other Story, and which will be only fully manifest at the end of history. This is The Virtue Story into which we initiate our children in the liturgies of life—that the virtues which we pursue and into which we grow are imputed to us by grace, and are cultivated in us through the obedience of faith. Therefore we must be very humble, and very bold. Our confidence that the Gospel Story is true, not merely for those who have already received grace, but for all people, constrains us to tell it to all.

We must tell this Story in the context of virtue formation in early childhood, but not merely because "certain non-cognitive skills produce desirable individual and societal outcomes," for then we have made the Gospel the servant of another Story. It is not that we simply want kids to walk quietly in the library and not throw sand at the playground. Our hope is infinitely larger than that. We are bound to tell the Gospel Story because it is true. It preserves us from despair in our persistent failures, and from the illusion that we have any virtues apart from grace. The Gospel calls us to patiently love, work with, and respect those who don't accept this Story precisely because of our confidence that it is through no merit or achievement of our own we have received grace and authority "to bring about the obedience of faith for the sake of his name among all the nations" (Romans 1:5). We can boldly offer this hope to young children and their parents alike—just as the Saviour called the little children to come to Him and continually pursued the disfigured, sinful, and outcast in glorious redeeming love.

The public recognition of the centrality of character and the sensitivity of early brain development provides a golden opportunity: to learn to publicly and humbly tell the glorious Gospel story of virtue.

For a Great Door is Opened