I fear that my profession is much more in thrall to fashion than to common sense. 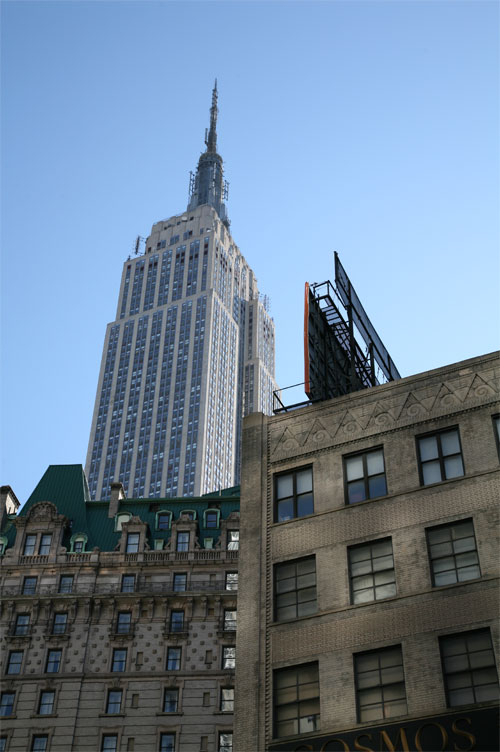 A recent column by Lisa Rochon in The Globe and Mail raises some provocative—and legitimate—questions about the green credentials of high-rise buildings. Are skyscrapers better or worse for the environment? The answer, as any high-priced consultant can tell you, is this: it depends.

First, let's look at some macro issues: from the point of view of urban development generally, skyscraper versus sprawl is no contest. Tall buildings increase the density of land use, whether measured in square feet or people per acre. And greater density means less waste—on infrastructure (all those underground pipes, roadways), land development, and transportation.

Gathering large numbers of people in very little real estate has a number of obvious environmental benefits, the most obvious being reduced consumption of land, especially since most skyscrapers are built on land that's already been developed. More than that, tall buildings help make public transit viable, and the high cost of underground parking tends to discourage driving—or even owning—private cars. All good things, from an environmental standpoint.

So from an urban planning perspective, skyscrapers are a golden shade of green. At the level of the building itself, however, the picture is a bit murkier.

On the positive side of the ledger, tall buildings are relatively efficient, up to a point. This efficiency is simply understood as the ratio of skin to usable floor area. Like people, buildings lose a lot of energy through their skin, so the more floor area you have for a given amount of skin, the more efficient the package.

The reason I say "up to a point" is that the skin efficiency ratio works well for tall buildings that are roughly cubical (or, ideally, spherical). As they get really tall (think Dubai's Burj Khalifa), the efficiency starts to drop—an absurdly tall building will be as inefficient as a one-storey big box store. But most of the tall buildings that make up a city centre are far more efficient, skin-ratio-wise, than most of suburbia.

Usually. But another factor affects the efficiency of a tall building: we architects tend to be promiscuous in the use of glass skins on tall buildings. And glass, even the most advanced, high-performance double or triple glazing, is to buildings what chiffon is to clothing—not much good in the winter.

Architects reading that last statement will leap to object: "Daylighting!" they protest. Glass can eliminate (well, reduce: there's still night) the need for artificial lighting in a building. True enough. But any engineer with a slide rule can tell you it's an unbalanced equation: the heating and cooling energy wasted by a glass skin far exceeds the potential energy savings from daylighting. Makes sense: you can gain, at best, about twelve hours of free lighting, but you lose heat twenty-four hours a day. It's actually more complicated than that, but you get the idea. This, for many architects, is indeed an inconvenient truth.

But an error even worse than our glass fetish is that some architects don't seem to understand basic thermal principles. Extending a balcony slab into the air, like architect Jeanne Gang famously did on her Aqua tower in Chicago, is the architectural equivalent of the heat sink on your computer's CPU. Only in the tower's case, throwing off heat is exactly what you don't want to do. Gang is hardly the only perpetrator: these floor slab heat sinks can be found on high-rise residences from coast to coast.

Is it possible to design a tall building that doesn't have a wasteful thermal envelope? Indeed it is, and most large cities have a number of such buildings, mostly built prior to World War II. The Empire State Building, for example, has a very sensible ratio of glass to opaque wall that, if built to modern standards of insulation and glazing, would make it a model of energy efficiency. It's unfortunate that the "punched" window openings on the Empire State Building happen to be so out of fashion at the same moment that architects and clients are searching for greener building solutions. Just because something works is no reason to avoid using it.

Another not-so-green feature of skyscrapers is the addition of energy-harvesting gewgaws. Putting a few solar panels or a wind turbine on the roof of a skyscraper is a nice symbolic touch but doesn't make a building green any more than wearing a cross necklace makes the wearer a Christian. In fact, these hood ornaments contribute only a tiny fraction of the building's power needs, a fact that is conveniently glossed over in the press releases touting these buildings' green credentials. To harvest meaningful power would require a solar array (or wind farm) many times the size of the building's footprint. Hence the demand for "green power credits," a way of doing with a chequebook what can't be done on site.

Let's postulate that sustainability is a good idea. No one, even the CEO of a strip-mining concern, thinks that buildings ought to waste energy. But where the conversation gets difficult is when the CEO has to choose between a tall building in the city and a low, horizontal building in the suburbs. The suburban building has a lot to recommend it: easy access (by car), "free" parking, huge floor plates that promote organizational efficiency, and even views of trees.

But as we saw earlier, other things being equal, the tall building in the city is inherently greener than the low one in the suburbs. The suburban building can be certified LEED (Leadership in Energy and Environmental Design) Platinum and still be worse for the environment than a prewar highrise. The real question, as we have seen, is whether the design of the tall building, in its particulars, is truly sustainable or only "greenwashed" with enough tricks and buy-offs to get a plaque in the lobby. And on that score, I fear that my profession is much more in thrall to fashion than to common sense.