The Latest Outrage by the Ontario Human Rights Commission

Everyone who still values freedom in Canada should swing into action and start pressuring the country's various elected representatives into putting an end to the increasing number of anti-democratic pronouncements by the country's Orwellian human rights commissions.

The latest outrage to freedom committed by one of these commissions occurred recently, when a board of inquiry under the authority of the Ontario Human Rights Commission hit Hamilton Mayor Bob Morrow with a $5,000 fine for failure to proclaim Gay Pride Week in the city in 1991. The board has also ordered the mayor to declare such a week in June this year, if requested, or run the risk of an even heftier fine.

How could this happen in a democracy? Morrow, the duly elected representative of the people of Hamilton, says he refused to proclaim a Gay Pride Week because, "there was not a consensus in the community in favour of it."

That argument did not impress the human rights commission board. Regardless of what the mayor, the city council, or even a solid majority of Hamilton citizens might think, it insists that the city must declare a Gay Pride Week upon request, because failure to do so would contravene the right of homosexuals to receive a municipal service without discrimination on grounds of sexual orientation.

The power of the board to issue such an undemocratic order is spelled out in Section 41 of the Ontario Human Rights Code. It provides that if the right of a complainant under the code has been infringed, a board of inquiry may, "(a) direct the party to do anything that, in the opinion of the board, the party ought to do to achieve compliance with this act, both in respect of the complaint and in respect of future practices; and (b) direct the party to make restitution, including monetary compensation, for loss arising out of the infringement, and, where the infringement has been engaged in wilfully or recklessly, monetary compensation may include an award, not exceeding $10,000, for mental anguish."

Under terms of this latter provision, Morrow has been directed to pay a $5,000 fine to Joe Oliver, a homosexual who laid the complaint against the mayor for refusing to declare a Gay Pride Week in 1991. If Oliver repeats the request this year and Morrow still refuses, the mayor risks prosecution by the Ontario attorney general under section 44 of the code which provides that, "Every person who contravenes an order of a board of inquiry is guilty of an offense and on conviction is liable to a fine of not more than $25,000."

What would happen if Morrow refused on principle to pay the fine? He could end up in jail for defying the Ontario Human Rights Commission. He would be a prisoner of conscience, incarcerated for violating a so-called human rights code. What could be more ironical?

Yet another irony of this case is that the board of inquiry handed down its verdict against Morrow on the day after Toronto's Public Health Department reported that AIDS is now the second leading killer of men in the city, after heart disease. The health department also noted that despite heavy promotion of the so-called "safe-sex" message, it is still getting notice of between 500 and 600 new cases of HIV infection in the city each year.

How could any responsible politician proclaim Gay Pride Week in the midst of such a deadly epidemic? Who knows how many more young men could be fatally duped by such a declaration into believing that the practice of homosexuality is a safe and legitimate alternative lifestyle?

Let there be no doubt about one point: The police and the courts should show zero tolerance for gay-bashing physical violence. That's deplorable and intolerable.

Likewise, any medical doctor or dentist who refuses to treat HIV-infected patients should be drummed out of the profession. All members of the medical profession have an inescapable obligation to provide the best available treatment and compassionate care for all patients, without discrimination.

However, regardless of what despots of the Ontario Human Rights Commission might decree, no one has any right in a democracy to force an elected representative of the people to declare a Gay Pride Week. Morrow should either defy the board's ruling or appeal through the courts on grounds that the board's judgment violates his rights and the rights of thousands of his fellow citizens to, "freedom of conscience and religion" as well as "freedom of thought, belief, opinion and expression" as guaranteed by section two of the Canadian Charter of Rights and Freedoms.

Just last summer, the Ontario Legislature backed down from a proposal to extend spousal benefits to homosexual partners, following an outcry of public protest. What will the Legislature do now about this latest outrage by the Ontario Human Rights Commission?

The Family Coalition Party has the right idea. There is only one solution: To safeguard freedom and democracy in Ontario, the commission must be abolished. 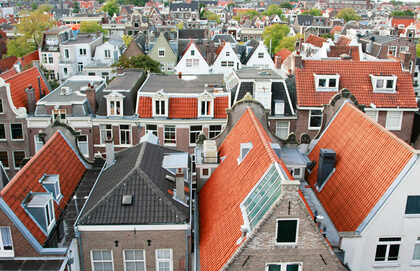 A city should design for useless things.