The malleability of the human conscience is awkward dinner conversation for polite Christians. None of us want to believe that what we hold dearest about right and wrong, good and evil could be so radically contested that we find ourselves acting otherwise.

People doing evil is a problem for thinking Christians—especially if they are Christian people. The message of so much of North American Christianity is that if we have Jesus in our hearts, and the Bible in our hands then everything will be "OK." But Philip Zimbardo's new book The Lucifer Effect: Understanding How Good People Turn Evil confronts us with the uncomfortable possibility that we can have these things, and everything can be very wrong—that we can think we are loving God, and honouring him, while our perceptions of good and evil are severely compromised.

The idea that what is right and what is wrong in a given context is black and white has long been challenged by social psychologists like Zimbardo. The notion of an unbridgeable chasm between good and evil can be comforting. It suggests that evil is an entity, something other than or outside of us. Evil = people like Hitler, Pol Pot, Stalin. This relieves "good people" from responsibility—it absolves us from the question of what role we could have in sustaining and perpetuating conditions that contribute to crime, vandalism, rape, torture, and terror. The problem of evil becomes a problem of identifying psychopaths. But, as Solzhenitsyn writes in The Gulag Archipelago, "the line between good and evil is in the centre of every human heart."

Philip Zimbardo's disturbing book is based around the Stanford Prison Experiments, in which students were conscripted to play the parts of mock prisoners and guards in a simulation. What transpired so disturbed Zimbardo that the experiment had to be cancelled after only a few days. He watched as, with shocking speed, the structural power of the system brutalized guards and dehumanized prisoners. Like Stanley Milgram's experiments of equal fame, it was the kind of social science simulation that spawned the proliferation and intensification of ethics boards at Universities. But no one could have predicted it would have gone nearly so badly, or that conditions could devolve to be so intensely dehumanizing. All of this is what led Zimbardo to be an expert witness for the now internationally renowned abuses at Abu Ghraib. The reports of generals and officials were that these were a few "bad apples" that should have been screened. Based on his own experiments, however, Zimbardo argues that bad apples are easier to find in bad barrels, and that such a duality of good and evil, of what is aberrant and normal, misses the big picture.

The big picture is the power of creating evil out of good—that of the System, the complex of powerful forces that create what Zimbardo calls the Situation. Recognizing and interpreting situational and systemic contributions to an individual's behaviour does not excuse that person or absolve him or her from responsibility, but it can provide insight into just how malleable the human conception of what is right and what is wrong can be. If as Solzhenitsyn argues good and evil are not external things, but forces that do battle deep within the human heart, Zimbardo may be quite right to flag for us important social and systemic forces that provide justifications and structures by which the wrong can flourish and masquerade as the just, the right and the reasonable. To put it basically as he does at the end of his book, "bad systems create bad situations create bad apples create bad behaviours, even in good people."

Zimbardo provides a variety of psychological and social tactics for resisting situational influences and celebrating the idea of heroism. He argues that the substance of our worldviews is less important in resisting situational influence than the relationship between our social habits and tactics and that worldview. He writes of those who managed to somehow resist the power of a systemic logic that "what delivered them from evil was not some inherent magical goodness but rather, more likely, an understanding, however intuitive, of mental and social tactics of resistance." Perhaps what we believe about right and wrong can prove to be quite incidental in face of situational and systemic forces, unless the line between what we believe, what we do and how we live moulds into a coherent, if oft contested, whole.

The malleability of the human conscience is awkward dinner conversation for polite Christians. None of us want to believe that what we hold dearest about right and wrong, good and evil could be so radically contested that we find ourselves acting otherwise. Thinking Christians prefer to sustain that belief in God inoculates the religious from this kind of foundational tempering. But Phil Zimbardo's message to us is 'maybe not.' A cerebral worldview on its own cannot adequately navigate the shoals of systemic forces at play in the contemporary world. And this challenge is both forward looking and immanent. Zimbardo's research finally presses us to consider what structures and situational forces are at play in our own lives, that we rationalize and justify using a systemized and inherited logic? The challenge of the Lucifer Effect is a poignant one for believers and non-believers alike, interrogating how good and evil are systemically constructed and sustained, and what roles we might play in cementing or subverting the power of a malicious common sense. Ultimately both heroism and villainy might be closer than we think. 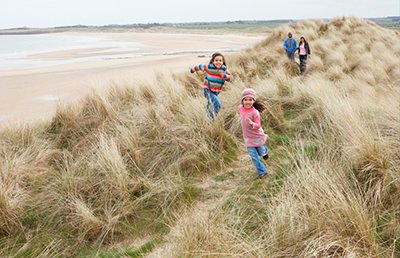 Even the left should be pro-family.