The Masterful Illusion of "Ethical Oil"

Is the "ethical oil" approach a healthy way of tackling the oil sands—and should Christians feel comfortable using this approach?

Editorial Note: Canada is increasingly known as an oil state. From the Alberta oil sands to the Keystone Pipeline, we continue to make news—and enormous revenue—off the global supply of crude oil. For this article, Comment's editors asked John Hiemstra—a long time critic of the Alberta oil sands—to consider the "ethical oil" argument from a Christian perspective. Can oil be ethical? How should we measure its production and consumption in a world slowly deteriorating under crude addiction and yet with few foreseeable alternatives? We welcome your response and debate.

It's great that "ethical oil" advocates like Ezra Levant and Environment Minister Peter Kent want to frame public discussion of the oil sands in terms of ethics and norms. It's far better to talk about "ethical oil" than to discuss energy policy as though it involves nothing more than cold, rational calculations made in a value-free mechanical market, ruled by power and money. Most of us would gladly say, give us "ethical oil" any day!

Is the "ethical oil" approach a healthy way of tackling the oil sands? Should Christians feel comfortable using this approach?

The title of Levant's book, Ethical Oil, suggests he thinks oil companies and investment firms are operating ethically in the oil sands, and we should be glad they are making such good choices. By covering a wide range of ethical issues, he also leaves the impression that people are always ethically accountable for their behaviour. A closer reading, however, yields a surprising conclusion.

If we begin with Levant's analysis of ethical investment firms (chapter 6), we notice he argues that the ethical investment firms targeting the oil sands often inconsistently apply ethics, contradict their own ethical guidelines, and hypocritically end up investing in projects they should have ruled out. There is "no real difference" between regular and ethical companies, he concludes, except the latter won't invest in cluster bombs, landmines, or tobacco. He charges that, in reality, "It's all a big show." Ethical investment firms make money through investment fees, not from the performance of the companies in which they invest. Unfortunately, there's an element of truth to his critique.

Shockingly, however, Levant thinks this is how it ought to be. Ethics should play no direct role in the marketplace at all. Markets work best operating exclusively on rational self-interest, without interference from values, ethics, or norms. Ethical investment firms know this but disguise their businesses under the cloak of ethics. This, he charges, is unethical.

This is also true for other critics of the oil sands, Levant argues, such as environmental groups (chapter 8). Greenpeace, by way of example, uses ethics simply to rhetorically sell their position, but in reality the oil sands developments are merely handy opportunities for fundraising and financing their livelihood. The oilsands are "the greatest opportunity to exploit a particular cause for profit that they've ever encountered" (228).

Only states are ethical?

So if ethics play no direct role in markets or with environmental groups, how do they come to play a public role?

The realm that determines the ethics of oil, for Levant, is the "country" or "nation." His entire book is framed to ask Canadians and Americans which countries' "oil is more environmentally clean, more peaceful, more democratic, and more fair" (7).

The ethical choice is crystal clear for Levant. Most of the current suppliers of America's oil are "on the top ten of the world's dictatorships, human rights abusers, and warmongers" (12).

In contrast, Canada "is a leader in moral behaviour" (33). He argues that "on every key measure, from women's rights, to gay rights, to Aboriginal rights, to the sharing of the oil wealth equitably among workers, to environmental protection, Canada is hands down the most ethical major exporter of oil in the world" (33).

In contrast, oil companies operating in Saudi Arabia, Iran, Nigeria, Russia, Venezuela, Sudan—ironically, often the very same companies working in the oil sands—are not politically required to operate according to these ethics by these countries. Thus, although Levant admires them for maximizing profits and improving shareholder value, he does not require them to produce "ethical oil" in these settings.

The unholy roots of "ethical oil"

Christians ought to be seriously troubled by this approach to ethics. It essentially exempts oil companies, and indeed all economic actors, from the direct or internal requirement to act ethically. If a state does not impose ethics, companies are exempt and may profit as they wish. For Levant, the market is an amoral vacuum unless a government imposes ethical standards.

Levant achieves a masterful illusion in this book. He invokes ethics to fend off "dirty oil" critics, while simultaneously sketching a moral universe that does not demand any "direct" ethical responsibility from economic actors or oil companies!

On what is this magisterial trick based? Levant roots his ethical approach in the widely accepted philosophy of liberalism. In this approach, the only legitimate source of normative, ethical requirements for any individual is the will of that autonomous individual himself. Autonomy (literally, auto-nomos, or a law to oneself) means no one can externally impose a moral obligation on any individual. External demands or limits diminish human freedom and autonomy. Thus, legitimate "ought" can only be self-imposed.

Moral duties can be imposed on others, or groups, or companies, however, if they are willed into place by autonomous individuals through a democratic mechanism. Majority democratic decisions, according to the liberal philosopher John Locke, become ethically binding on all in a political society.

A dramatically different moral universe emerges from the Christian narrative. All of creation is pictured simultaneously as "gift" and "call" from God. Thus, the earth is charged with normativity. Furthermore, humans are created in God's image—that is, with response-ability, the ability to receive and answer God's gifts and calls in their lives. For liberals, this would be an oppressive universe indeed, since they define laws and norms as external "limits" on human freedom. But the Scriptures characterize God's norms or laws as "conditions for freedom" (Ps. 119). They point humans down the paths of becoming truly human, of flourishing human community, and of culturing the creation to blossom. For Christians, following God's norms serves to liberate creation.

In Levant's impoverished moral universe, we humans are obliged to be ethical in corporate, bank, union, school, family, or associational life when, and for this reason only, ethics are imposed on us by a democratic process. Furthermore, his account of ethics represents only a shrivelled suite of normative callings. Can we ignore God's normative call—to justice, solidarity, efficiency, equity, sustainability, sufficiency, and effectiveness—just because governments don't explicitly demand we follow them in our companies, unions, or firms?

A biblical view of ethics draws our attention to ethical questions in a far wider range of issues than Levant admits. He insists he is realistic while his opponents are hopelessly idealistic. But his "real" world prevents him from questioning whether society "needs" more oil. Since demand reflects the sovereign will of consumers, it is an absolute given, and unquestionable! He states, "The world is buying more cars than ever. So we're stuck with oil for a long time, whether we like it or not" (233). Locked in this "real" world of consumer demand, Levant lampoons calls for alternative energy as "pie-in-the-sky optimism" (76). They are the demands of hopeless idealists, lost in an imaginary world.

But, is perhaps the reverse true? Levant is locked in an idealistic, imagined world of his own making. Only in his imagination can the world support endless economic growth, provide infinite natural resources, be remakeable at the hands of mastering humans, and have institutions that operate for the common good run by power-hunger, self-interested individuals.

The Christian worldview is profoundly realistic precisely because it liberates us to ask the difficult questions that the "ethical oil" denies. Do we really "need" more oil? Have we developed a way of life based on sprawling suburbs, automobile dependency, globalized economic trade, and industrialized agriculture that simply demands too much oil? Has our lifestyle become overly materialistic at the expense of genuine well-being? Are we happier now just because we are richer than we were in the 1960s? Will ever-increasing material things and consumption make us happy? Is it good that corporations and advertising firms can create new and artificial "needs" within us? Is it right that the world's depleting oil, as well as natural resources, are used to satisfy our trivial "wants" for the latest edition of electronic gadgets, throw-away products, excessively large homes, and oversized cars? Can the world sustain 7 billion people (and growing rapidly) while adopting our wasteful Northern lifestyles?

Add to this other profoundly ethical questions, such as these: Is it true that human science and technology can guarantee progress and engineer a path to final human happiness? Is it true that more economic growth along current lines is the only way to generate the tax revenues needed to pay for social and health programs, or can flourishing social and health conditions be created in other ways? Is it ethical to suggest that our choice is between oilsands jobs or no jobs, when our real choice is between creating clean-energy jobs or dirty, fossil-fuel jobs?

Finally, we are free to ask the most relevant question of all: Is it ethical for the "ethical oil" approach to shift our attention away from these big, profoundly real questions at the very moment when God's groaning creation is forcing them to the centre of our agenda? In light of our profound obligations to our grandchildren and future generations, is it ethical to frame a debate around "ethical oil" that really counsels society to pursue endless economic growth? Only when we solve these questions in practice will we begin to approach the goal of "ethical oil." 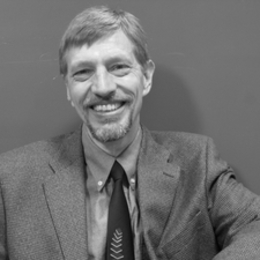 Dr. John Hiemstra is Professor of Political Studies in the "Politics, History, and Economics" (PHE) 4-year program at The King's University College, Edmonton. He has taught there since 1991. He completed a Ph.D. in public policy and political philosophy at the University of Calgary and a M.Phil. in political theory at the Institute for Christian Studies, Toronto.

Editorial: As business ought to be 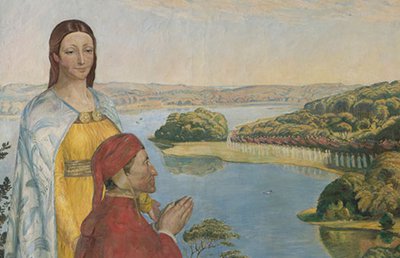 The meaning of “ecology” that ecologists forgot.