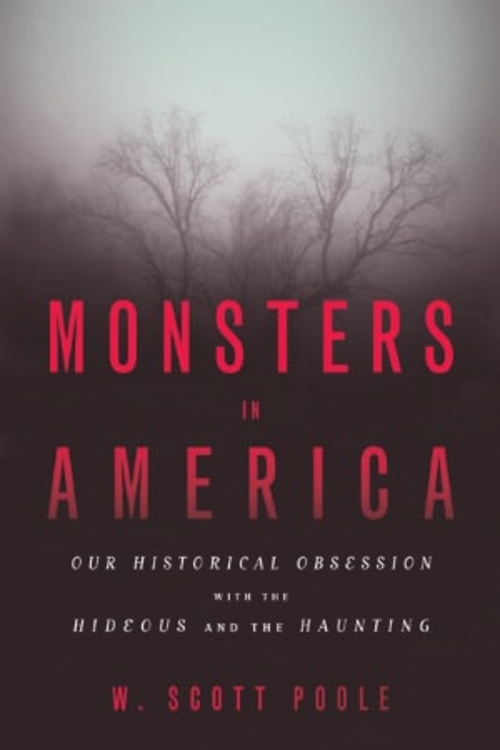 Monsters in America: Our Historical Obsession with the Hideous and the Haunting by W. Scott Poole. Baylor University Press, 2011. 295pp.

W. Scott Poole begins Monsters in America by stating that he will not define the word "monster" since this term has been used in too many ways as to make a simple or bare definition useful. But the absence of a clear definition is problematic, since we do use the word "monster" in a general sense and, moreover, it seems to apply—as per the title of this book—to all of some distinct species or class. So as a way of discussing the strengths and weaknesses of this book, let me first lay out how many Christian philosophers have typically used the word "monster."

Christian philosophers have usually asserted the following: First, God is perfect Goodness, perfect Beauty, perfect Rationality (Logos) and so on, and so it's logically impossible for God to do, command, or create badness of any kind—including moral badness. Second, God created a world that was declared "good"—meaning, I take it, that each thing in this creation was according to God's good design and, at that time, functioned according to God's good plan for each created thing. Insofar as badness can be found in creation—and we may reasonably debate instances of badness—this was not part of God's design and desire.

For St. Augustine, metaphysical evil entered the world through free will—first of the angels, and then of man. "Freedom" or the "capacity to do good or evil" is a good thing, since without this capacity we wouldn't be free to choose the good (chiefly, God). When Lucifer (or whatever his name is) chose injustice over justice (here, loving a lesser thing, himself, over a greater thing, God), he used a thing designed good (free will) in a way contrary to God's desire for how it ought to be used. Though we have no conclusive evidence to suggest Lucifer was the first of God's creatures to use a good thing badly (the Bible really only tells us our story), he has typically been labelled the first "monster" for this reason. In other words, a monster is, above all, a creature that makes bad ethical choices. Aristotle, in his discussion of the monstrous or "bestial" person, concurs.

Of course, we know in the case of man that bad ethical choices—Adam and Eve's—resulted in many other types of bad things. Insofar as man loved a lesser over the greater (himself over God), man was likewise justly cursed. Internally and externally, those things under man's authority were (or so it has been maintained) damaged by the fall: emotions rebel against reason, body against soul, and even the soil beneath our feet is in "rebellion" against its natural superior, man ("Cursed is the ground because of you," Genesis 3:17 reads). Accordingly, a few Christian philosophers have allowed themselves to speak of emotions that are out of whack (like murderous desires), physical diseases (cancer), human physical death, great pain (the increased pain of childbirth), and other forms of brokenness in nature (perhaps an adult male lion killing its offspring) to be labelled in a derivative, non-moral sense "monstrous."

However, this kind of labelling, though not totally unjustified, can and has led to confusion and abuse. Moral badness may have given rise to non-moral badness, but these are not at all the same thing. In my opinion, a sinner is properly called a monster, since a monster chiefly has to do with immorality. But a hunchback is not properly called a monster since even though being hunchbacked is, indeed, bad and not part of God's design, the hunchback isn't immoral for being a hunchback. But I've said enough on this already; we have our definition, so let's get back to the book.

As a historian, Poole proposes to examine American history through its monsters. He's not concerned with saying whether labelling this or that thing a monster is a good use of the term, nor with judgments of any sort. If it were truly possible to write a book that only records what happened without also, either explicitly or implicitly, judging the truth or worth of the thing in question, then this book would be a complete success. But as it stands, it's full of hidden philosophical judgments about certain types of monsters—"that loudmouth 'American exceptionalism'" is certainly a monster for him, and one for which he has sharpened his axe.

In the first few chapters we're given some background on the monsters that will represent, embody, and express certain historical figures or ideas in America's history. To Poole's credit, he spends some time talking about monsters in the Bible, but fails to note the unifying idea of ethical badness that caused the biblical writers to label demons, witches, giants, and dragons "monsters." Poole would have done all his readers a favour by clearly stating that though a giant is indeed a biblical monster (at least in Genesis), they are so not in respect to their height, but in respect to their wills. Or again, that the dragon is a monster not because it breathes fire, flies, and has sharp teeth, but because it is linked with Lucifer, who acted unjustly. If dragons existed (and why think they didn't?), then they would have been creatures created by God and the monster would have been largely within, not without. Yet perhaps more tellingly, Poole fails to mention that human liars and drunks are also biblical monsters and enemies of God. In other words, he erroneously assumes that the ancients thought of their monsters purely in "supernatural" terms, which is surely not the case. Whatever else we think of Leviticus's statement that homosexual acts are "abominations," we must see that these acts were thought to be ethically bad, and so would have, in the mind of the ancient Hebrew, been "monstrous."

But this aside, Poole does a good job reminding us of the wonderful medieval debates about the creatures God might have created. When reading the medieval Christian thinkers, we are reminded afresh of the glorious possibilities that an all-powerful God could actualize. Why think unicorns, dog-headed men, or monopods ridiculous? God could—and may still—create such creatures. In fact, this is the stuff that inspired C. S. Lewis's discussion of aliens on different planets: the taking seriously of God as the Creator with the Ultimate Imagination. I personally think it quite reasonable to believe that sometime in our future—probably on the New Earth—God will set up a cantina, much like the one in Star Wars, where some of His good rational creatures (angels, humans, and perhaps the wookies-He-may-yet-create) can come together and enjoy a pint.

While Poole's discussion of ancient and medieval "monsters" is flawed but fun, his discussion of the Enlightenment and the Romantics is, in contrast, a bit of a bore. There is nothing new here. The "rational" Enlightenment thinkers tossed belief in monsters out with belief in miracles, while the "anti-rational" Romantics quickly reclaimed and celebrated these. All of this is true in some sense, but Poole's commentary doesn't help us see that many so-called Enlightenment thinkers thought belief in the "supernatural" rationally justified and also that many were still aware that a monster is chiefly an immoral being, and only, accidentally, a "supernatural" one. Enlightenment thinkers may have rejected Aristotelian metaphysics, but they had neither stopped reading Aristotelian ethics, nor Christian ones, for that matter.

When Poole finally begins his discussion of monsters in America, he tells us that he sees monsters to be symbols that shape and express the American worldview at different times throughout its history. We find no real belief in "supernatural" creatures or in the strong normative sense of the term "monster" here. Yet this aside, the insights that follow are valuable. For example, it's important we remember that the "monsters" of the New World—natives, rumoured to have had sex freely with animals, producing "dog-headed men" and others—gave Columbus the much-needed moral justification to conquer and "purify" the land unclaimed by "men." Or again, Poole does good work by reminding us that the only way America could justify to herself the enslavement of blacks was to see them as monsters—things that look human, but aren't fully so: indeed, powerful, emotionally out of control, barely rational creatures than needed (like the monstrous vice, lust) to be controlled and put in service to the white man (reason).

At later times in America's history, Poole is equally as good, discussing America's early interest in sea serpents (powerful, dark creatures bent on destabilizing the budding society); the dead (fascination with Civil War photographs of corpses, representing America's loss of "innocence"); Frankenstein (America's anxiety over scientific modernity and man "playing God"); witches (often symbols of the independent female and connected issues of woman's rights and abortion); "freaks" (the case for Eugenics, practiced in America even after World War II); alien invaders (the Soviets); Area 51 (the government's corruption and dishonesty); serial killers (alternative sexualities leading to more horrific moral acts); babysitters—either as murderesses or as the murdered (the dangers that arise when women work and abandon their children); and zombies (the failure of the American Dream and/or AIDs, "the gay plague").

Where Poole's discussion of America and her monsters is weakest, in my opinion, is in his discussion of vampires. He spends almost no time, for example, discussing Stephanie Meyer's Twilight series, saying that "her monsters are not monsters at all" and, for the most part, bypassing it. But what does he mean by "her monsters are not monsters at all"? I thought he had no definition of a "monster" for us. I found it incomprehensible that he could essentially ignore this phenomenon with its 150 million books or so in print and five massive box-office hits. Don't get me wrong; I don't consider myself a fan of the series, but surely this phenomenon says something important about America. If I had to guess, I'd say that it's a much-welcomed return to the separation between a moral monster—a true monster—and a creature that is physically different (either in a good or bad sense). Meyer rightly labels bad humans, vampires, and werewolves "monsters," and rightly labels good humans, vampires, and werewolves simply that. In Twilight, I suggest, we see America overcoming its fear of differences just as clearly as we do with the election of Obama.

Despite some weaknesses—mostly philosophical ones—Monsters in America is worth reading, firstly for its historical insight into the American psyche throughout the centuries, and secondly for its ability to stimulate or stir in readers a desire to celebrate the mysteries of creation and humbly reflect on the darkness that plagues it. 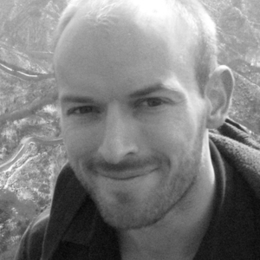