The Monsters under our Political Beds

Boss, Aaron Sorkin, and Alasdair MacIntyre on faith in our common life. 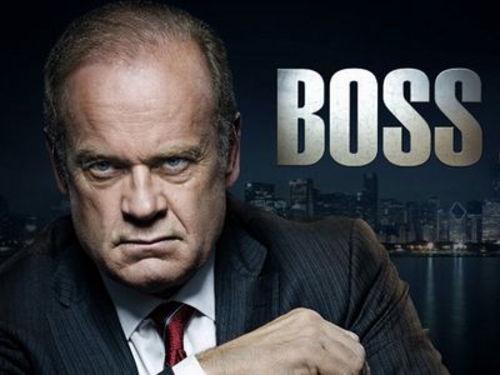 For all the fuss about Aaron Sorkin's Newsroom, the runaway political favourite this fall, a counter drama is unfolding in the more obscure, certainly more explicit, Chicago-centred drama, Boss. Sorkin's fandom is justly rooted in his snappy dialogue from The West Wing, a series that borrows the same notes of idealistic, fast-paced political sentiments as The Newsroom. But while Boss lacks the walk-and-talk trope of Sorkin's fame, its corrosive bleakness is a counterpoint to Newsroom's enduring idealism. It is, in its frankness, urgency, and adult candour, a counter narrative gaining ever more cultural dominance in the run up to the American election. The Newsroom feels nostalgic, Boss feels contemporary, and the battle over which story will define American politics and society is more than mere punditry.

And this battle of political dramas is not confined to below the 49th parallel. What Canada lacks in prime-time political blockbusters, we make up in statistically sound polling. In their 2012 annual poll of Canadian attitudes, the Manning Centre tracked a shift in perspective on politics. It read like a good news story for Canada's conservatives, but in actual fact it may be a bad-news story regardless of your political agenda. First, Canadians were coming to expect less and less of their governments, putting more stock in self-reliance and communities. So far, so good for conservatives. But the second part tempers that enthusiasm: Canadians are also more distrusting of government and politicians than ever before. Read against each other, the trends look less like an emergent conservative coup and more like a coming disaffection, a dystopian disbelief in the foundational institutions of the modern moral order.

Boss certainly reflects that sentiment. Its opening scene pans to an empty warehouse, some bombed-out, post-industrial, economic wasteland such as those seen across countless city borders. The camera focusses on Mayor Kane. He's getting news that The West Wing's Jed Bartlet got to wait two seasons to give. Kane has Lewy body, a slow, incurable degeneration of mental faculties that leads to dementia. But where Jed's multiple sclerosis manifested itself sporadically, under the careful eye of his doctor-wife Abby, disclosed in hair-raising drama to the American public, the mayor's disease is faster, fiercer, and lonelier. At the end of the first season, after prostituting his wife to one of Chicago's major financial players, Kane locks himself in his bedroom while Meredith, his wife, weeps on the other side of the door. Kane goes into convulsions and can't respond. He never discloses his illness to her.

No, we're not in The West Wing anymore. In Sorkin's drama, President Bartlet temporarily resigns the presidency when his daughter Zoey is kidnapped, yielding the powers of Commander-in-Chief because he is emotionally compromised. In Boss, Mayor Kane sets his daughter up to take the fall for dealing anti-psychotics, drugs she has been dealing to him to ease his symptoms—off the books so his wife and enemies won't find out about his sickness. Her arrest also buries a media cycle about his having hidden toxic waste under residential neighbourhoods.

It's hard not to see the two political dramas butting heads in explicit, polemical ways. President Bartlet is known for his inspired, show-stopping speeches. Mayor Kane makes some show-stoppers too. In episode six of the first season he goes on a political walkabout just as the media frenzy reaches a fevered pitch, calling for his head. He reflects, paraphrasing so much American pre-election candour: "When you choose between the lesser of two evils, your choice is still evil. A necessary evil. You do something bad, to do something good." Short breaths later, he muses on his early political revelations, still walking with—it seems—his only friend:

"See, the thing is, one necessary evil leads to another, until one day you can't differentiate between what's necessary and what's merely expedient. And when that happens, you're done. You're a monster."

"It's nice here. I should have visited before."

"Try touring your city sometime. See what the monster has built."

Boss is tagged, "Power consumes everyone," a postmodern twist on Lord Acton's invocation that "power corrupts." Consuming is different than corrupting. Corruption can be balanced, a task for which the American system of government is famously designed. But when we are consumed, we do more than let our baser instincts out to play, we become these corrupt instincts. The system colludes not merely to enlarge our corruptions, but to consume us by them. The system intended to balance our deviance now encourages and excites it. We are betrayed. So says the second tagline from Boss: "Betrayal starts from within."

There is nothing naive or innocent about the rival political narratives of Boss, The West Wing, and The Newsroom. Nor is there anything especially new. The incremental, and not a little bit arrogant, presumption of The Newsroom and The West Wing is that the system may be flawed, but mostly people are too weak, too stupid, or too lazy to leverage its genius. Sorkin's dramas amount to a swat behind the ears for America's elites: Pay attention, stop complaining, smarten up—you can have integrity and intelligence too if you try a little harder. Conservatives occasionally complain that Sorkin singles them out for special ire, but the premise of his political dramas is more sweeping than that. Republicans and democrats both have their time to shine in both series, but the real shining stars are the people who persist in the midst of the muck that has become media and political debate. In Sorkin's world, the very smart, very clever people are also the virtuous people. The system can be reformed, it can be balanced, it can prevail.

In Boss, this has about as much currency as—to quote Kane—"the tooth fairy." Kane is brilliant, and nobody keeps pace with his schemes. Kane is also a monster, but monsters are the sacrifice society demands to see good things done. A price must be paid, a price of blood as is often the case. It makes monsters. It also makes city parks.

The familiar trope of a system that demands sacrifice for the greater good, of a system of human design which eventually consumes all that is human, turns up in Boss in a political, rather than scientific or technological, form. But there is no prophecy of salvation from this Matrix, this is simply "how things are done." Consistently, the viewer feels for Kane, empathizes with the monstrosities he is made to manifest, shuffles around in his moral imagination and finds it homey. Contrary to popular apocalyptic narratives like Falling Skies or Revolution, our systems are not the keepers of our morals; our systems destroy our humanity, and they subvert it. Apocalyptic drama exposes the ethical fibre of people after the systems which sustain our modern morals are wiped away. The drama of Boss is that this apocalypse is already here. Boss inverts Aristotle's famous dictum: not outside, but inside the City, man is either Beast or God. We don't need to wait for collapse to probe the ethics of monsters.

This yields a tension far more profound than a simple cat fight between republicans and democrats. It is the tension of what Charles Taylor calls the malaise of modernity: individualism, consequentialism, and a resulting loss of freedom. We have become prisoners within the logic of our own individual instrumentality, fit only for rule by monsters of our making.

So Jed Bartlet's retirement is a bit uneasy. After seven seasons inspiring Americans about the genius of a system that can and will be reformed, the likes of Mayor Kane, as brilliant as he is Machiavellian, are here to tell us that system has betrayed us from within. And not just the founders and their checks and balances, but the banks and the corporations, the whole social and political matrix, are a corrosive complex. The more brilliant you are, the more you know how to manipulate it, the more you rise to the top of the heap in games of power and language.

"Satan your kingdom must come down," plays the score of Boss's opening credits. Hardly the inspirational lament of Will McAvoy that America is not the greatest nation in the world, but it can be. These series are ultimately about faith—faith in each other, faith in our traditions, faith in our common life. And Boss hits a lot of Christians right between the eyes: Our institutions are no longer worthy of our faith; they've corrupted and distracted the message of Jesus, and they are a kingdom that "must come down." None other than philosophical heavyweight Alasdair MacIntyre has shared this opinion. He writes in "The Only Vote Worth Casting in November" that "when offered a choice between two political intolerable alternatives, it is important to choose neither." After describing the unpalatable choices that election season he concludes, "a vote cast is not only a vote for a particular candidate, it is also a vote cast for a system that presents us only with unacceptable alternatives."

And that is drama being played out in religious and political conversations across democracies even outside North America. Has the modern moral imagination reached a dead end in 21st century democratic capitalism, so incapable of reform, so corrosive in its formation, that even Sorkin's idealistic reformers are on a fool's errand? The conviction of MacIntyre's position, the mirror of Boss, is not that collapse is coming—it's that it's here. The monsters, the barbarians, already rule among us. In these political dramas we have the Gordian knot of our times, unapologetic in their ideology, unrelenting in their persuasion, unrepentant in their passion. I'm a Jed Bartlet man, myself, but the polls—from places like Manning, the voting registries, the Occupy marches, a faithless malaise—are pushing the other way. Those numbers build the case for Boss, build the case that we have lost our faith, fit for rule by genius, true, but the genius of monsters. There's no waiting or wagering on this apocalypse. It is apocalypse now.