The Netherlands: What's True About the "Dutch Model"?

In the summer of 1997, the Netherlands attracted much worldwide attention. Prime Minister Wim Kok was invited to tell the G7-leaders about the Dutch socio-eco-nomic experience. Between 1983 and 1993, job growth ran at 1.8 per cent per year, against 1.1 per cent for Organisation for Economic Co-opera-tion and Development (OECD) countries and only 0.4 per cent for the whole European Union (EU). While unemployment averaged 11.3 per cent in the EU in 1997, in the Netherlands the rate stood at 6.2 per cent.

International magazines highlighted the "Dutch miracle" and dubbed it the "Tulip model." Continental European magazines were enthusiastic, and saw the Dutch experience as an argument that social and economic goals can be realized together.

American magazines, though, were more reserved about the possibilities for a "Third Way" in Europe. The International Herald Tribune (July 1, 1997) commented clearly: "There is no mystery about what Europe must do if it wants to create more jobs. Rather than dream about a meaningless Third Way, it must deregulate its labour markets, reduce its high cost of social benefits, make both hiring and firing easier, and encourage entrepreneurial initiative to flourish."

In the eyes of the Tribune, Britain, the Netherlands, and Ireland are in the forefront in this inescapable move to flexibility and modernization of the economy. Although its conclusion is wrong, the Tribune posed the right question: how should one analyze the Dutch experience? Who's responsible for the positive Dutch economic performance? Have the Dutch a specific model? What are the core elements of socio-economic policy in the Netherlands?

A comparison of pre-1985 and post-1985 economic performance of the Netherlands reveals an impressive improvement of the Dutch economy, not only in terms of employment, during the previous decade. As a result, the Netherlands moved to seventh position in international competitiveness, according to the World Competitiveness Report of 1995.

Although improvements in the economy started in the 1980s, it wasn't until 1997 that the turn around became known as the "Polder Model," so named because of the cooperative effort required of the Dutch in their constant fight against water since the 14th century (polders are areas of land reclaimed from the sea). The favourable economic performance was attributed to the consultation-economy of the Netherlands, paradoxically in a period of a social-liberal government that started to fight corporatism.

In 1994, a new government was formed which did not include the Christian Democratic Party for the first time since 1913. The Christian democrats are generally seen as supporters of intermediary organizations and a consultation economy. The actual cabinet, dubbed the "purple" government owing to its political hue, includes Social Democrats and Liberals, and started its mandate with the goal to restrict the role of the social partners. Political and public opinion was at that time turning against an economic policy based on central coordination and sector negotiations.

In practice, the government has taken a pragmatic approach, using collective bargaining as an effective tool in implementing a number of political objectives. In my view, the core elements of the Dutch consultation economy are deeply rooted in Dutch society and cannot be replaced in just one government's mandate.

Five developments stand out in the recent labour market success in the Netherlands. First, protracted wage moderation, agreed in collective bargaining at the sector level by trade unions and employers in exchange for labour time reduction, has contributed to curbing wage costs, preserving international competitiveness, and enhancing employment and output growth. Despite continuous appreciation of the guilder (the currency of the Netherlands), Dutch exporters have been able to maintain their share of world markets.

Second, in exchange for wage moderation, trade unions have successfully shortened the average work week from 40 hours in the first half of the 1980s to 38 hours in 1987. By 2000, the work week will be reduced to 36 hours. Labour time reduction has positively affected job creation, especially in small- and medium-size firms.

Fourth, the use of temporary work agencies in the Netherlands is the most extensive in the OECD. The number of hours supplied by these agencies has more than tripled over the past decade, with over two per cent of all dependent workers currently being employed via this channel. This helps to explain why average job tenure in the Netherlands (seven years) is comparable to the United States.

The dark side of the Dutch model is the share of long-term unemployment in the Netherlands which, at around 50 per cent, is extremely high by international comparison. Structural inactivity, including all unemployed and inactive persons of working age receiving a social security benefit and persons enrolled in special job creation programs, remains high at 25 per cent. Inactivity is concentrated among the low skilled, older workers, and immigrants. These groups seem to be critically vulnerable in an age of globalization: they have practically become economically irrelevant.

The Dutch economy is characterized as a consultation economy. True change requires the approval and cooperation of organizations that represent the different segments of society. Their role, in turn, must go beyond promoting their members' interests into accepting social responsibility.

This responsive behaviour has its roots in the main ideological movements in the Netherlands. Especially Christian social thinking, with its Catholic (subsidiary) and Protestant (sovereignty in one's own area of expertise) foundations, has played a great role in the institutional fabric of the Netherlands.

But a corporatist institutional structure isn't a guarantee for responsible and effective behaviour. The resurgence of Dutch corporatism resulted from an accord signed between employers and employees in 1982 called the Wassenaar Agreement. This agreement became a kind of "social contract." Its key focus was decentralizing the bargaining process.

The impact of this agreement on collective bargaining in the Netherlands was considerable. Since 1982, there has been a tripartite consensus within the Netherlands on the institutional division of responsibilities in relation to wage determination and on having moderate wage development serve as a starting point. The restoration of profitability and combating unemployment could be tackled via well-known instruments (such as wage restraints) and existing institutions at the national and decentralized level.

Traditional criticism that Dutch corporatism primarily serves the social partners' own narrow self-interest to the detriment of the public interest have proven to be unfounded. The institutional ordering of "organized decentralization" can promote appropriate socio-economic decisionmaking. The Dutch consultation economy is based on a socio-cultural pattern of values which provides room for self-initiative and market operations, but which also features a self-elected solidarity with the weak in society. The well-known historical preference of the Dutch for combining work and care has facilitated the return to growth in employment.

The core of this socio-cultural identity can be found in the largely secularized but overall existing confessional identity of the Netherlands. While Catholicism has had a strong influence on the structure of the Dutch welfare state, Calvinism possibly left an even more prominent historical legacy in Dutch politics and society in terms of a state tradition of "shared political space," which is constantly reproduced in practically all policy domains of Dutch politics and administration.

Inter-religious rivalry and coalitions between Calvinist and Catholic forces, consequently, weakened both the Left and Right in 20th century Dutch politics. Class struggle never dominated in the Netherlands, and after a long but unusual decade of political antagonism, consensus was reestablished in the 1980s.

At the national level, the Netherlands has reached a high level of consultation and widespread public orientation. It's not so much a constructed model but more an adaptation process based on historical heritages and some luck. This adaptation process is still going on. In the 1990s, it has been stimulated by the coming economic and monetary integration in Europe and the criteria to enter the EMU.

Participation capitalism, directed at long-term relationships, is increasingly forced to make way to short-term Anglo-Saxon shareholder capitalism. In particular, national subsidiaries of international business corporations are under heavy pressure to achieve a high return on investment and growing shareholder value. This in turn leads to strong pressure on keeping wage costs low and leads to constant "reorganizations." This is not conducive to stable relationships at the negotiating table. The debate will continue on how to realize consultation and collective goals in a dynamic international context.

The author thanks Dr. Anton Hemerijck for his contribution.

Prof. Dr. J. P. van den Toren is head of the Research and Development Department of the National Federation of Christian Trade Unions (CNV) in the Netherlands, and part-time professor at the University of Amsterdam. 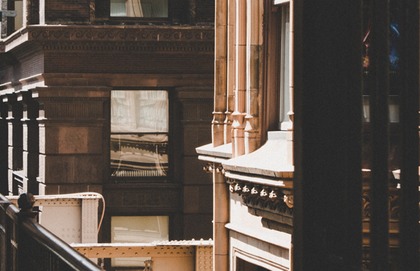 Flexibility and Security: Industrial Relations and Collective Bargaining in the Netherlands

The Politics of Equalization with a Vengeance