While avarice has fuelled much of humanity's steady and often destructive march into the forest, there is yet majesty in the courage and ingenuity such adventures reveal about the human spirit and the "people who aren't afraid."

There is liberation of the spirit that comes once the snow is gone and the ice is off the rivers of northern Alberta.

Mix that with the refreshment of Fort McMurray's youthful optimism after a dusty 1,000 kilometre drive from a still-frozen lake at the end of the paved road in northern Saskatchewan, and it would be easy to become confused. Throw in a little gosh-it's-good-to-be-alive after surviving the automotive bacchanalia the locals call the "highway of death"—a battered two-laner that carries the world's greatest tonnage per kilometre aboard thundering 18-wheelers bound round the clock for the world's largest industrial project—and a fellow could get downright disoriented.

But there was something in the eyes of these people from Newfoundland and Cape Breton and southern Ontario or, you know, wherever in the country or the world they are from that hadn't provided the opportunity they were looking for. The previous summer, I saw it in two young women who'd headed north together to Yellowknife where I hope they managed their way through their first dark—seriously dark—winter.

I used to refer to that same something in my hometown of Calgary (a relative mani-pedi metropolis of 1.1 million several hundred miles to the south) by calling it a city of "people who aren't afraid" to take a chance on themselves.

All true, but the big cities now have their billionaires and, yes, the culturally observant can occasionally catch a whiff of the stagnation that comes with old money and inherited influence.

Fort McMurray is a city that has tripled in size to 110,000 people in 15 years and supports another 30,000 residential units on site at the bitumen mines known as the Athabasca Oil Sands. There, where the Cree once scooped the sticky stuff off the ground to waterproof their canoes, you can earn $82,000 a year as a swamper (labourer) and pay off your student loan in no time. There, where in 1788 Alexander Mackenzie made note of "bituminous fountains," you qualify for subsidized housing if you earn less than $86,000 a year. There, the average age is 31, and the average household income is $170,000. There, and in the uranium mines of northern Saskatchewan, the diamond mines beyond Yellowknife, and everywhere across the far north where the imaginary hand of Sir John Franklin's lost Northwest Passage expedition still stretches for the Beaufort Sea, the spirit is still as naked as the day it was born.

And then you realize that the something you see in the eyes of the young on the edge of one of the world's last frontiers is exactly what was in the eyes of your grandparents or great grandparents when they left their homes in the east, across the Atlantic, on the banks of the Yangtze, or upon the steppes of Russia and headed west to tame the wilderness.

And here's where it gets sticky. Because as much as it is a clear part of the Judeo-Christian tradition to "Be fruitful and multiply; fill the earth and subdue it; have dominion over the fish of the sea, over the birds of the air, and over every living thing that moves on the earth" (Genesis 1:28), the modern sense of stewardship is much different today than it was when our forefathers hit the northwestern frontier.

Canada's prairies produce enough wheat, barley, canola, etc. today to make it among the world's leading grain exporters and therefore feed many millions of people. The potash mines dominate the world supply of fertilizer—further feeding billions—and the oil and gas fields create a stable, friendly supply of energy for the USA and elsewhere. Yet, were the environmental standards and sensibilities of today to have been applied 150 years ago, it is unlikely that much of the vast land they represent would have been exploited at all. The native prairie grassland would have been preserved both for its own sake and as the habitat of all manner of bears, moose, elk, antelope, rattle snakes, beaver, ducks, geese, otter, wolf, fox, deer, gophers and, most famously, bison. It is of note that the bison were pretty much gone (it was not settlement that destroyed the herds but the combination of hunters on horseback armed with repeating rifles) before the pioneers arrived. Something more satisfactory than the reserve system would have been required to manage aboriginal land claims, too, although there is evidence in Canada's northern territories that these matters, while lengthy, can be settled with mutually-satisfactory outcomes.

So, yes, if modern standards were applied and despite the fact that moose once again roam the prairie, a great deal if not most of today's settled West would never have been settled at all nor would its resources have been exploited. To the vigorous environmental mind, this is a good thing and expresses the religious obligation of good stewardship—"The Lord God then took the man and settled him in the garden of Eden to cultivate and care for it" (Genesis 2:15).

The flip side is that had today's measures been applied, hundreds of millions—if not billions—more people would be starving and certainly many millions who found freedom from tyranny would never have done so.

There is indescribable beauty in nature, but lost to the 21st century urban mind is the sense that nature is also a place of great terror. It is easy to romanticize the wilderness as a kind of Disney petting zoo filled with Thumpers and Bambis, but each and every night a holocaust of utterly inhumane death and dismemberment takes place in the forest, under the sea and on the ice as fish, fowl, and animals feed and are fed upon.

And while it is not hard to argue that avarice has fuelled much of humanity's steady and often destructive march into the forest, and that greed will continue to consume the hearts of many, it is also true that there is majesty in the courage and ingenuity such adventures reveal about the human spirit and the "people who aren't afraid." Yes, some go for the gold—yellow or black. Others—and it has ever been thus—just go for the adventure and want, more than anything, for the wilderness they have found to be preserved or at least restored. Some go for one and stay for the other.

Our perceptions of these matters—as schools quiver and replace Christmas with "The Holidays," and Earth Day takes on all the trappings of a neo/paleo-religious festival—have changed immeasurably. The philosophical and theological debates regarding the dismissal of God and the elevation—unintentional or otherwise—of Mother Earth aside, the practical outcomes are not by any means all for the worst. Much that was done should not have been done and much that should have been done should have been done better. The evidence of those lessons is already clear in that which is and is about to be done in ways that follow how it was willed to be and therefore shall be done.

It is not the spirit of Gaia, after all, that twinkles in the eyes of those on the new frontier.

Peter Menzies is vice chairman and president of telecommunications for the Canadian Radio-television and Telecommunications Commission (CRTC) and past publisher and editor-in-chief of one of Canada's major daily newspapers. 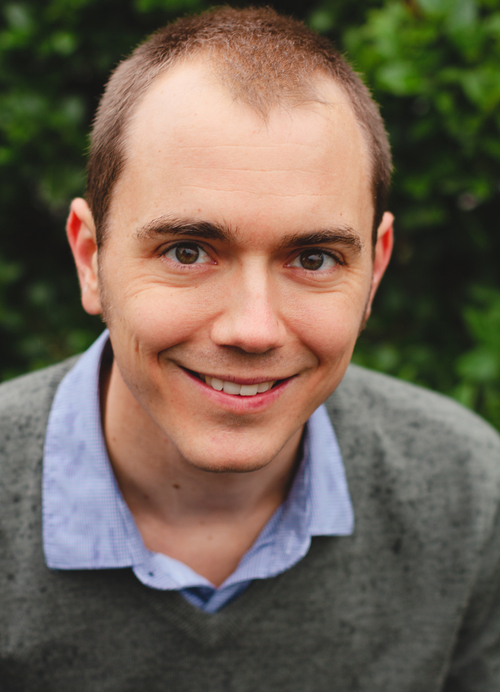