"The Paradox of Success: A Book of Renewal for Leaders"

Success. What do we think of when we hear that word?

To many persons in business circles the word means power and influence, money and possessions—"having made it." This image is what John O'Neil calls "mythic success." The lure of it often drives people to pathological lengths to achieve it, thinking "If we're not always moving upward, we are in some manner failing" (p.46). But, as O'Neil warns us, it has its dark side. There is a cost that success, or the determined pursuit of it, exacts.

This book explores some of the darkness of mythic success. More importantly, it attempts to offer a way out of that darkness (the "shadow side") through retreats and self-examination. Its author—to his credit—is concerned with restoration of the whole person, not just the working person. He clearly sees the danger of achieving what we think we desire—a danger that reveals itself only as we move farther into the precinct of success.

Many of North America's most successful and admired companies are populated with CEOs and other senior executives who are spiritually mortally wounded. They embody a sickness that threatens the continued health of their companies, their families, relationships, and themselves.

Such sickness can be extreme, as in the case of the hard-driving CEO of a Fortune 500 company who locked himself in his office and its adjoining apartment and refused to come out for over three days. Or it can be like the executive who becomes so filled with his own self-importance and hubris that he screams epithets at the hotel staff, parking attendant—anyone—who displeases him in some minor way.

O'Neil, a consultant to management of large corporations, does us a great service in exposing the demands that success makes. He accurately pinpoints the root causes of the failure of success. But he makes uncomfortable reading when relying on Jungian psychology and philosophy for his analytical categories.

What Jung and O'Neil call a person's "shadow side," I call sin. I have no quarrel with the word he uses; it's what he recommends we do that bothers me, which is to "embrace," even "honour" this shadow side. O'Neil quotes approvingly, "The shadow side is not necessarily always an opponent. In fact, he (sic) is exactly like any human being with whom one has to get along, sometimes by giving in, sometimes by resisting, sometimes by giving loveÃ¢â‚¬â€whatever the situation requires. The shadow becomes hostile only when he is ignored or misunderstood" (p. 80).

The Paradox of Success is clear about the connection between the health of the personal lives of its leadership and the health of the company. Too often we are tempted to divorce character from consequence. O'Neil does not let us do this. He quotes Emerson: "An institution is the lengthened shadow of one man" (p. 253) and comments, "As we learn, one by one, to apply the skills and principles of self-renewal to our lives and careers, our organizations and institutions will change, one by one" (p. 259).

At a time when we are encouraged to believe that the character and ethical conduct of presidents and prime ministers should be of no concern to voters, O'Neil's stress on the importance of this link is refreshing indeed. He insists that a healthy individual is one who focuses on the character question. "We are trained to judge ourselves by the applause and criticism of others—and in an era when spiritual values no longer guide most lives, approval is most likely to be sought and found in worldly realms. Even though we know the intangibles are worthwhile, they are more easily dismissed or their absence rationalized away. Thus gradually we become victims of an incomplete or corrupted version of success" (p. 50).

Although O'Neil's exploration of the dark side of success is a worthy effort, it suffers from the fatal flaw of substituting one idol (Success) for another (Self). Just as Success and its accoutrements can't satisfy, so also the Self is unable to deliver the goods. O'Neil is attempting to rescue the slaves of Success—an effort we can all applaud. But the rescuer he proposes is the very Self that is enslaved. We are not God; we cannot do this. O'Neil deceives himself and his readers if he thinks we can. 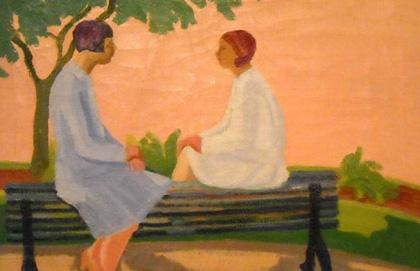 Medicine and the Ministry of Presence

Recovering one of medicine's most underrated yet precious resources: time.