It took some time, but I finally realized what was happening at L'Abri: in this old house, with these strange people, under the covering of their prayers, in the midst of their conversation and struggles, I was being sheltered, and it was safe for me to be broken and in pieces.

England. There has always been something magical about the place to me. Jane Austen, C.S. Lewis, and Charles Dickens did their work in my childhood imagination, painting living landscapes and inserting colourful characters into my day-to-day life. Like many a romantic schoolgirl steeped in English literature, I vowed that one day I would go there. But when?

Not long ago, the answer to that question became now. During the previous school year, I had decided to finish my nursing program on a part-time basis. I worked, went to school, and pursued various interests. The rest of my time was invested in half-hearted tussles with the purpose of my existence and everything I had believed up to that point. But with summer golden on the horizon, I made plans to go to England and so stumbled across L'Abri.

L'Abri (French for "the shelter") is a network of study and work communities instituted by Francis and Edith Schaeffer in the 1950's. These communities are scattered from the west coast of Canada to Europe and around the globe to Korea, and they are linked by the work of dedicated employees and people who provide support financially and through prayer. Students of all ages and backgrounds come to the community and enter into a rhythm of work, study, and fellowship. Half the day is spent working on the grounds and in the local community, and the other half in studying topics of the student's choice under the direction of an assigned tutor. It sounded perfect.

And there was, of course, a L'Abri in England. My reservation was made and my plane ticket was purchased as soon as I could manage.

Sometimes going to a new place is an exercise in pure anxiety. You worry about what to pack and what to wear; you wonder if your suitcase is too heavy, your passport will be rejected, or you will become violently sick on the airplane. The night before your departure is often wakeful, spent tossing and turning on the waves of excitement and fear.

But, strangely, once it is time to go, you're quite ready. So, with barely a backward glance at loving faces or Dad's homemade pancakes, you go. I certainly did.

While I was on the plane, I questioned why I was going, but not in a frantic, doubtful manner. I calmly looked over my notebook and identified the key issues I wished to explore while living at L'Abri. These issues were vitally important to me, rooted in my Christian upbringing, and broad in scope. For example: What is my vocation? Why do I believe the Bible? What purpose does art hold in a Christian context? Not to worry, I thought. I have two months to come up with all the answers.

After an eight hour flight, a bus ride, and a turn in a taxi, I finally arrived at the Manor House, the L'Abri located in the middle of the English countryside. I could write at length on how enraptured I was with England; how charming the villages and thatched houses were; how delighted I was with the accents and manners of the English country people; how I sat outside and simply absorbed the ineffable beauty of hills, gardens, rose hedges, and trees standing in the fields. England had exceeded my expectations. L'Abri, I was soon to find out, would do just the same.

I entered my work and study rotation with about 20 other students who would remain for the entirety of the term; other residents would come and go, but we were there to stay. Within days, I was forming relationships with people from around the world, including a pastor from Chicago, a student from Korea, and a young family from Ukraine. These relationships became deep in a surprisingly short time because we were living and working so close to one another. But out of all these relationships, the deepest and the most trusting was the one I shared with my tutor.

I remember one of our first weekly meetings together. Very sensibly, she asked me why I came to L'Abri. Instead of outlining the list of things I hoped to figure out, I found myself divulging my deepest and strangest thoughts. I was unravelling before this woman, practically a stranger, and talking about how I struggle with relationships and the meaninglessness of life and my deep, deep sense of aloneness. She listened well, asked questions, offered advice and learning material, and met with me week after week.

On the unravelling went. My weekly meetings with my tutor and my daily encounters with L'Abri residents continued to dig up sharp and painful barbs in my heart, and as a result, I was becoming quite emotionally unstable. On one occasion, during a rehearsal for the L'Abri choir, I had to run out of the room. Escaping to an old cemetery nearby, I sat on a gravestone and wept. What is wrong with me? I wondered.

As my wounded heart opened, I began to notice that despite my emotional upheaval and inability to focus on the topics that I had planned to study, everything was okay. I worked and studied and played. I mowed the lawn and prayed. I cried quietly while kneading dough for bread. I listened to lectures about beauty and its connection with healing and salvation. Then I revelled in the roses that grew in profusion by the gate. I struggled with feelings of rejection and loneliness, but then chose to greet the next traveler who came through the heavy front door of the Manor House. I was taken aback by the kindness of the strangers that I met, and to this day, I carry their encouraging words close to my heart.

It took some time, but I finally realized what was happening. Quite simply—and appropriately—I was being sheltered. In this old house, with these strange people, under the covering of their prayers, in the midst of their conversation and struggles, I was being sheltered, and it was safe for me to be broken and in pieces. Some part of me knew that right away when I began speaking to my tutor.

At the same time, I realized that I was helping to build a shelter for everyone else there. Each time I cooked or cleaned or prayed or weeded the garden or offered my presence to another person, I was building the shelter that is L'Abri.

That is the way shelters should work. They should always be big enough for more than one person. Such shelters are needed in this fast-paced world that demands that we keep it all together and keep pace at the same time. We need shelter for so many reasons: emotional healing, asking questions, relational development, trying something that hasn't been tried before and believing in God.

I prize my experience at L'Abri, but not everyone can go there. It doesn't really matter, because shelter can be found in families, art programs, sports teams, summer camps, and community centres. What is more, underneath the need for shelter is this eternal truth: God gives us this need so that He may fulfill it. Now, and forever. 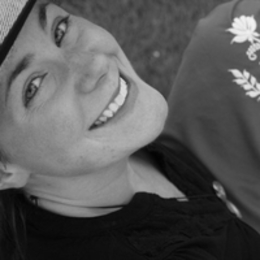 A recent graduate from the University of Ontario Institute of Technology's BScN program, Michelle Gallagher works at a local community hospital. Her literary pursuits include poetry and nonfiction. She lives (reads, writes, makes music, and dances in the kitchen) with her family just north of Toronto, Ontario.