The Time Machine: How Mad Men Brought Us Back to the 60s 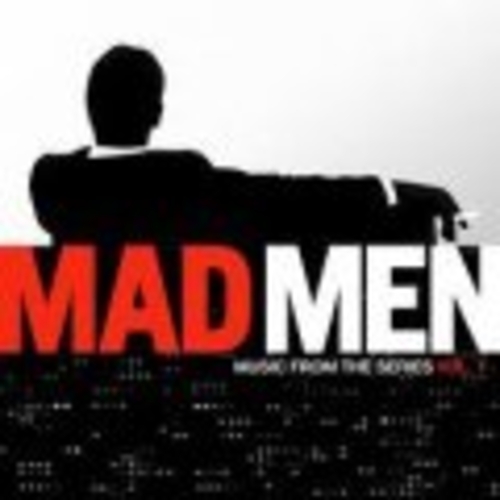 In one of the most memorable scenes of the television show Mad Men, advertising executive Don Draper (Jon Hamm) pitches a concept to executives from Kodak who are launching a new slide projector they want to call "The Wheel." The year is 1960. The device is one of those old-timey photo carousels you grew up seeing at your grandparents' homes. And the fun of the scene is learning—er, imagining—that the carousel became The Carousel, instead of The Wheel, because of the advertising genius of Don Draper. Kodak's executives expect consumers to embrace the device because it's new and fancy, but Draper knows they're missing something—a good story, one to give the product definition. Their technology's big selling point is not that it's novel, he tells them. Every product is novel. Draper tells the Kodak men that their device "isn't a spaceship. It's a time machine." It doesn't propel us forward; it circles us around our favourite memories: "It takes us to a place where we ache to go again." He uses Kodak's device as he speaks, punctuating his pitch with personal photos: wedding day, new babies, family barbecues. Draper gives the device a story, and thereby gives it a meaning.

Kodak's executives are duly wowed. So are we.

See what the show did there? It engaged your feelings of nostalgia by telling a story about nostalgia and its role in advertising. Most importantly, as Mad Men devotees know, it also illuminated the problem of being Don Draper. That's the core job of Mad Men. Its lower pleasures titillate us with a bygone era's sinful cultural habits—omnipresent cigarettes and martinis, unapologetic bigotry, and the rampant objectification of women (wait, that's not bygone). Its higher pleasures provide powerful storylines, rich characters, and—rare for television—exquisite design details displayed through complex cinematic composition.

Mad Men, which debuted on AMC in 2007, has been a huge success with critics, audiences, and, fittingly, advertisers, and the producers of commodity culture. Banana Republic and Brooks Brothers have both devised clothing campaigns around Mad Men's 1960s-inspired fashions. You can buy Mad Men-esque nail polish, get a Mad Men haircut, and watch the show while snacking on Utz potato chips and Heineken beer-companies that are shown as potential clients of Draper's agency.

Of course, the show has also inspired several come-lately copycats, as Hollywood yet again mistakes a success in storytelling for a trend in tastes. This fall witnessed the premiere of Pan Am, a show about airline stewardesses and international espionage, and The Playboy Club, an already-cancelled (whew) show about Hugh Hefner's boy-toy empire. Feature films are also riding the 1960s nostalgia wave. Last summer's superhero reboot X-Men: First Class revelled in its early 1960s setting, even leaning on Mad Men star January Jones for one of its leading roles. Recent years have seen several high-profile (and often high-quality) films that are set or partly set in that era, including Zodiac, Good Night and Good Luck, Catch Me If You Can, Down with Love, and Far From Heaven. Several of these films, especially Todd Haynes's Far From Heaven, look not only to the 1960s themselves, but also to important films of the era, and comment both on the period and the period's stories about itself.

Mad Men does this, too. Show creator Matthew Weiner is steeped in the film of the era, and some of Mad Men's best episodes (especially "The Rejected" and "Blowing Smoke," both directed by John Slattery) manage to drive the story and develop characters while also acknowledging an aesthetic debt to filmmakers such as Douglas Sirk and Jean Negulesco.

Whatever we make of this trend of early 1960s nostalgia, it's crucial to note that it's the early 1960s we're seeing. This is not the 1960s of longhaired hippies and protest movements and women's liberation and The Armies of the Night. This is not the 1960s that makes us nod knowingly when we hear someone say "I lived through the Sixties." That era came later, especially in the wake of 1968, a year that saw worldwide student protests, the Tet Offensive, the My Lai Massacre, and the assassinations of Martin Luther King, Jr. and Robert Kennedy. Our historical imagination about the 1960s has been overwhelmed by those latter-year events, as if the entire decade was scored by Jim Morrison and Jimi Hendrix. Many of us have a pristine sense (whether accurate or not) of what happened in those latter-days just by virtue of growing up amid a popular culture that continues to be fascinated with the artistic and political revolutions that climaxed in that rarefied time. But what does the popular imagination tell us about what came before?

Mad Men's success, and its ability to inspire copycat shows, stems in part from its discovery that the early 1960s is a blank slate in the popular consciousness. Other decades of the twentieth century have been reified again and again by mass media. We see the 1920s as a time of flappers, jazz music, and Prohibition. The 1930s is the era of the Dust Bowl and the New Deal. The 1940s brought worldwide warfare and U.S. war bonds, followed by The Best Years of Our Lives. The 1950s saw new suburbs and burgeoning Cold War tensions. And so on—popular narratives have pretty well considered most every modern era, including the late 1960s.

Not so with 1960 and the time just before and after. Important events occurred—the work and deaths of John F. Kennedy and Malcolm X, a growing Civil Rights Movement. But our sense of the age around those events is vague. Mass culture seems to have lain fallow then, as if in wait for 1968.

In a paper given last year at the annual conference for the Popular Culture Association, Tom Lovell argued that part of the reason for this blank slate phenomenon is that the era was still attached to the ultimate blank slate war—the Korean War, which occurred in the early 1950s and from which many Americans were still reeling even as the conflict in Vietnam began a few years later. Vietnam lasted nearly seven times longer than Korea, yet Korea saw nearly as many American casualties. But the Korean War doesn't loom as large in the public imagination, and it doesn't carry the fixed symbolic meaning of many of our other national conflicts.

We think we know what World War II was about. Same with Vietnam and the Cold War. But the Korean War? Even in our most popular representation of that war, the television show M*A*S*H, the Korean conflict was used as a substitute for working through our attitudes around Vietnam. Lovell notes that David Halberstam calls the Korean War a war "orphaned by history" and notes that the war never divided nor haunted the nation. Neither did it inspire popular works to name and define the war.

In period pieces, the period is always one of the main characters. We come to them in order to remember something of the past or to eavesdrop into a time not our own. That's especially true for Mad Men, which was created and is run by a man obsessed with period details. But viewers aren't interested in the 1960s qua 1960s. They're interested in compelling characters and stories. To misunderstand this is to misunderstand why something like Mad Men works so well, and why most of its copycats will fail.

Mad Men is onto something, but unfortunately for high-priced would-be copycats like The Playboy Club, what it's onto is not a particularly interesting period. It's onto a period that it can define because it hasn't yet been over-defined by mass entertainments and the public consciousness. As with M*A*S*H and Vietnam and Don Draper and The Carousel, Mad Men uses its era to provoke us to think about us—who we've been, and who we've become, and what degrees of difference we might spot between the stages. (Often, the degrees are too few.) Watching a show like Mad Men, we get to laugh and scoff at less progressed versions of ourselves—"I can't believe we smoked that much. I can't believe we treated women in the workplace that way. I can't believe what idiots we were!" We also get to glory at how we were pregnant with possibility—"Wow, we looked great back then! Look how much we were about to overcome!"

Calling Kodak's photo projector The Carousel did nothing to improve the functionality of the device. It didn't work any better than The Wheel. But giving it a better name defined it in a way that made it not only attractive, but available. Mad Men may not be naming its era correctly—indeed, it is surely wrong about many aspects of its setting, just as period pieces often are. One doesn't have to look far online, or at the nearest popular culture studies conference, to sort through what the show gets wrong or right about the era. But people are watching because it's speaking into a blank space, offering a workable definition, provoking nostalgia, and inviting you to consider what it says about us, and what it says about you. 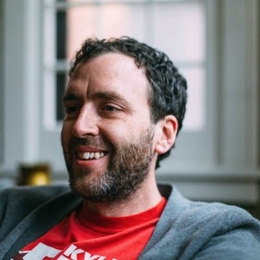 Patton Dodd is a writer in San Antonio, Texas. He serves as executive director of media and communications for the H. E. Butt Foundation. Patton's writing has appeared in a range of publications, and he previously served as editor-in-chief of OnFaith and executive editor for Patheos.

Here is my confession: I've found a "pop" artist who bridges my elitist preferences with the rest of the culture to which I belong.

The Importance of Hans Rookmaaker

A report on the current state of the television medium