To Change the World: Behind the Scenes (2)

If we want to change the world, if we want to make a significant contribution to our culture in this generation, then evangelistic altar calls are important and individually changed lives are necessary, but there is more to the story. Professor Hunter's message is quite simple: if we want cultural change, as Christians we will have to think seriously about the use of political, economic, social and cultural power.
by David Sweet with Richard Greydanus

Some people balk at the title of James Davison Hunter's recent lecture, delivered for the Work Research Foundation in Calgary, Toronto, Ottawa, and Winnipeg: "To Change the World." This skepticism may well be because people have memories of high profile Christian leaders in the 1990s talking about how to improve society's moral condition. Change people's hearts, they said, and you will change the world! There is little evidence that this approach has worked. Audacious claims that the moral condition of America or Canada could be transformed wholesale in a single generation have not come to fruition. In fact, in moral terms, the skeptic could say with some justification that things have gone from bad to worse over the past ten to fifteen years.

Professor Hunter does not, however, advocate trying to change the world overnight. Nor does he propose that Christians try and change the world simply in terms of the hot button moral issues that have had most of the attention in Evangelical and Catholic circles for the past quarter of a century. The title of his lecture is meant as a provocation, inviting further discussion. Professor Hunter plays the role of the mountaineering guide who turns to the first-time climber knowingly and says, "Take up your walking stick. We must travel a long way."

If we want to change the world, if we want to make a significant contribution to our culture in this generation, then evangelistic altar calls are important and individually changed lives are necessary, but there is more to the story. Professor Hunter's message is quite simple: if we want cultural change, as Christians we will have to think seriously about the use of political, economic, social and cultural power. And if we really want to change the world—for the glory of God—Christian leaders in business, government, the academy and other spheres of culture had better start working together.

Professor Michael Bliss of the University of Toronto tells us that in Canada think tanks like the Work Research Foundation seem to be creating the kind of networks of leaders that Professor Hunter advocates. Spending the last six months organizing the "To Change the World" (TCTW) lectures has given me quite a bit of insight into what Bliss is talking about. To generate interest in the event between four and five thousand people were contacted directly or indirectly. Literally thousands upon thousands of emails were sent. Much of my time in the office in the weeks leading up was spent on the phone.

Why bother with all this effort? The Great Commission given at the close of Matthew's Gospel is a command to go into all the world and make disciples of all nations. While the meaning of this has traditionally been thought of in geographic terms, there is a richer, fuller meaning that must be drawn out. To go into all the world means much more than physical location: it includes all the spheres of human life.

The target audience for the TCTW lectures was made up of Christian leaders from the different spheres of society. Our hope was that by bringing these people together to hear Professor Hunter's message, the seeds of what he talks about might be planted here in Canada. By encouraging this conversation, the WRF fulfills its own mission, conceived as broadly as possible, to help rethink a Christian view of public life.

I had the privilege of accompanying Dr. Professor Hunter to the four events organized by the WRF. To fully appreciate how great a privilege it was, it should be said that Professor Hunter had only just returned from spending time overseas in Vienna and Johannesburg. He had spent the better part of a month away from home.

Whatever fatigue Professor Hunter felt from all his previous traveling devolved quickly into exhaustion. Following the first presentation in Calgary on Monday, June 13th, he was scheduled to speak in Toronto at Queen's Park. Bad weather forced the plane to land instead in Ottawa and a short three and a half hour flight stretched into nine hours. As he tells it, it felt as though it took nearly as long to get to Toronto from Calgary by plane as it had from South Africa to Canada!

The Toronto engagement on Wednesday was followed the next day by an engagement in Ottawa â€¦ and by more travel woes. As we stepped onto the plane Professor Hunter drew my attention to water rising up from under the carpet. It seems that some or other water container in the plane had burst. Another hour and a half was spent waiting for mechanics to make sure none of the planes electrical systems had been shorted out by the water. Here is concrete evidence that one cannot change the world right away with simple good intentions. Little things have a tendency get in the way.

Each TCTW session was divided in two parts. At the evening session open to all comers, Professor Hunter presented his message in a lecture format and fielded questions from the audience. One of the things that caught my attention throughout was the gracious way in which he handled criticism. Here you have an academic leader in his own right who took what time he had to respond to the various questions posed to him. I found this reflective of the conviction Professor Hunter had of the servant character of Christian leadership, in which an elitist condescension of leaders toward those they lead has no place.

A morning session followed the next day that was attended by a smaller group of Christian leaders made up of corporate leaders, MPs, MPPs, former MPPs, professors, director-level civil servants, and senior clergy. (A few more artists would have been great, though.) This morning session provided the opportunity for a more intimate and a more robust dialogue.

Though the weeklong TCTW is now over, the challenge, of course, remains for the WRF and Christian leaders everywhere. One of the crucial questions we must address, as Professor Hunter pointed out, concerns the use of the different forms of power this world has to offer—political, economic, cultural, and so forth—in ways that honour God.

It is my sincere hope that Professor Hunter has also helped to overcome our troublesome Evangelical prejudice against higher learning a little. After one of the sessions a good friend of mine came up to me and said that his daughter had graduated from Harvard with her faith. His surprise is evidence of a deep-seated mistrust of "worldly" forms of learning. And though our mistrust of elite academic institutions is not wholly unjustified, we need reminding that the redemption Christ freely gives is for the whole person, brain included.

To change the world is not the ultimate purpose of Christians, which is my contention as it is Professor Hunter's. Often we need to be reminded that the Lord does all things in his own time. What we are called to is being a faithful presence in the spheres of human life. As we are taught to pray, "your kingdom come, your will be done on earth as it is in heaven."

As I have mentioned, Professor Hunter points to the historic importance of creating networks of various kinds of leaders who practice such a faithful presence, also at the commanding heights of culture. The Reformation provides an excellent example, for Luther's declaration that justification comes by faith alone would not have gone as far as it did unless political, academic, and other cultural leaders had supported his cause.

The WRF sees itself in a position to steward networks of leaders, facilitating their interactions, and nourishing their growth. What Christian influence the WRF might be able to have in the future will be discovered in due time—for now we are called to be that faithful presence.

All the work that has gone into TCTW confirms this in my own mind. Professor Hunter is not trying to change the world overnight, nor is the WRF. In fact it may be said that our mandate is less to change the world then it is to engage the world. When practices in need of change become institutionalized and people invest their lives into them, they become very stubborn and resistant to change. The quick fix is an impossibility. A faithful presence in all spheres of society means that all of the "world" will be exposed to a living representation of the life giving truths of Christ's Gospel.

The WRF is very grateful for the week's time that Professor Hunter spent with us here in Canada, helping us do what we strongly believe we are called to do. After he spent the better part of a month away from home, I was especially glad that we were able to get him an early flight home, so that he didn't miss Father's Day with his own family. 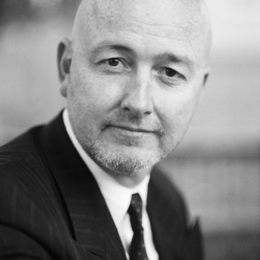 David Sweet was elected as Member of Parliament for Ancaster-Dundas-Flamborough-Westdale on January 23, 2006.

Richard Greydanus started a Masters of Philosophy in 2006 at the Institute for Christian Studies in Toronto. This effort follows previous degrees from McMaster University (Masters in History) in 2006 and Redeemer University College (B.A., Honours History & Philosophy majors, Classical Studies minor) in 2005.