Insatiable curiosity, and a love of convergence, connection, and cross-cultural coincidence.

Comment: Some time ago, Andy Crouch wrote an article for Comment in which he said that "the ingredients of the lasting excellence that can lead to the creation of cultural goods that have a widespread influence" include certain practices: "what drummers call 'rudiments'—the essential ingredients, too basic to be impressive and often requiring a certain tolerance for boredom, without which you will always be a dilettante." As curator of culture-making.com, what are the rudiments or practices that make for skilful online curatorial work?

Nate Barksdale: I like that concept—a tolerance for boredom. On the one hand, when I'm looking for things to link on culture-making.com, I try to be as open as possible to every sort of article or image or bit of information, on the theory that even the boring stuff is probably actually really interesting once you get to know it and begin thinking about the people who are creating it, and how it all relates to your (and their) own sources of inspiration. On the other hand, a curator is, of course, an editor, so even as you're trying to be open to everything possibly, you also need to be constantly asking, "Is this interesting enough? Does it resonate well, or contrast in a helpful way, with the ideas we're talking about and the other stuff we're posting?" I find deciding what's interesting a lot more boring than the actual looking-at-boring-stuff—which, of course, I find pretty interesting.

Comment: As a world traveller, what are the top three travel routes you would recommend to students for summer travel, gap year, or postgraduation dreaming?

NB: If I had the chance to do something like that right now, I'd head to Latin America—I've been teaching myself Spanish for the past few years, mostly by reading as many novelists from South American countries as I can get my hands on. I hear you can take public transit almost all the way from Mexico down to southern Argentina (you still have to skip over parts of Panama and Colombia), which would put you in contact with a wide variety of local landscapes and cultures, ideally with some long pauses along the way to take a course at a language school, volunteer with a charity or other organization that will enable you to work with—and learn from—folks whose background is very different from yours.

Southern Africa is also a really fascinating place to travel. It's very different from North America, but there are enough strong and surprising similarities that it's easier for an interested outsider to find some cultural footholds and make deeper connections with the place and the people you meet. Finally, I'd recommend just about any long train journey in India—assuming, of course, that you travel only second class, and you get off the train from time to time—such as a trip from Mumbai across the subcontinent to Kolkata, or from Delhi south through Hyderabad, Bangalore, and into Kerala.

Comment: Which Swahili dictionary do you recommend to travellers, and why?

NB: I'll stick with the classics and go with the first Swahili dictionary ever published, "A Dictionary of the Suahili [sic] Language" (1882) by Johann Ludwig Krapf, who was a German missionary in what's now Kenya. That edition is really the second dictionary ever written; Krapf wrote the first one as well, but his manuscript was eaten by termites before he could send it for publication. In truth, it would be a terrible dictionary for a traveller today—big and musty and with different spellings than what's used now—but hey, it's a great story.

Comment: You've quoted Sherry Turkle, who wrote: "Science is fueled by passion, a passion that is often attached to the world of objects much as the artist is attached to his paints, the poet to her words. From my first days at the Massachusetts Institute of Technology in 1976, I saw this passion for objects everywhere. My students and colleagues told how they were drawn into science by the physics of sand castles, by playing with soap bubbles, by the mesmerizing power of a crystal radio." What objects fueled your passions as a child? What objects fuel your passions now?

NB: On the small scale, the worlds and machines I could piece together out of Lego blocks definitely fed my object passions. My old Lego collection has been inherited by my nephews now, but when I pause to look at the bins and bins of bricks, my old mental grammar of the different pieces—one by four, two by eight, short wing, long wing, etc.—comes right back to the surface. I feel similarly about the old musical instruments (piano, guitar, cello) that I still have around and play from time to time. I love the little things that you don't really think of as part of the musicâ€”the creaks and textures and slight dusty smells from their interiors.

Today, I am inspired by the "thing-ness" of books—ironic, for someone who works so much with online materials. Whenever I try to write anything about a book that's been important to me, it feels crucial to talk not just about the text itself, but about what it looked like, how it felt to open it, the color of the paper and the scent and stiffness of the spine. 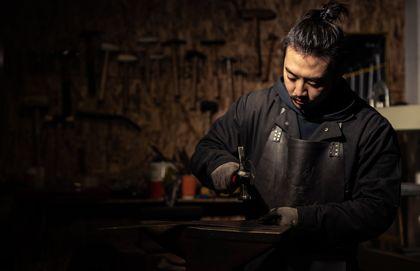 Vocation in a Time of Precedented Uncertainty

I don't want the brightness to slowly leak out of me because I settled for the dulling effects of a life without play.