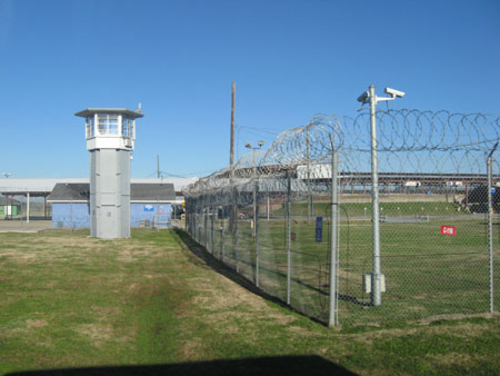 One of the latest ideas that I heard for securing a few more square inches of Christ's kingdom sounds absolutely crazy. The plan is to take a thousand minimum security prisoners from a prison in Louisiana and move them into Angola Prison, a maximum security prison once known as the bloodiest prison in the South. Once inside Angola, the warden aims to connect these fledgling criminals with seasoned murderers, rapists, and armed robbers for sustained mentoring. After successfully completing the mentoring program, the minimum security prisoners will then return to life outside prison. The warden hopes through this strategy to see significant transformation in the city of New Orleans and other blighted and broken places. Warden Cain is fond of noting that today Angola has as many gangs as any other prison, "but now the gang leaders are all pastors." He hopes to see these reborn gang members "sent" from the prison, taking their new kingdom affiliation (and habits) with them, transforming the ethos of their neighbourhoods.

This tactic would sound absolutely insane if you didn't know a little something about what has happened at Angola Prison. Prior to changes there, life in Angola, the home to more than 5000 maximum security inmates—most of whom would die in prison—was nasty, brutish, and violent. One inmate, looking back, told me, "This place was completely hedonistic; it was the survival of the fittest." In 1971, the American Bar Association described the conditions at Angola as "medieval, squalid and horrifying." A book recalling the 1960s and 1970s, for example, estimated that twenty-five percent of the population was in some sort of coercive sexual relationship. Angola was hell.

Eighteen years ago, the federal government cut Pell grants to prisons. Why spend tax payers' money on making smarter criminals? Or worse, why waste money on maximum security inmates who had almost no hope of ever leaving prison? The cuts in grants left prisons like Angola desperate for programming. Out of desperation, someone suggested asking New Orleans Baptist Seminary to offer a Bible class at Angola. The warden made his doubtful request and to his surprise, the seminary said yes. That little mustard seed Bible class morphed over the next few years into a fully accredited seminary program behind the razor wire, complete with Greek and Hebrew. Soon the prison seminary was graduating forty to fifty inmates a year from their fully accredited three-year Bachelor of Ministry program.

Seminary graduates began to plant churches within the prisons and work as pastors in the blocks. Today there are more than thirty worshipping congregations in Angola that run the gamut from Roman Catholic to Bapticostal, with approximately 400 worship services a month. Praise bands featuring drums, saxophones, guitars, and vocals employ musical gifts that enrich and bless God and the community. Seminary graduates staff the prison hospice, conduct funerals, teach GED classes, and run the prison's growing theological library. Violence has dropped approximately eighty-five percent since the first Bible class and the bloodiest prison in the South is now safe, humane, and habitable. The kingdom of God routed the kingdom of darkness and the power of the gospel began to change prison culture.

In Angola it was not unusual for dying prisoners to die alone. Nobody cared and the few chaplains were terribly overworked. Today, with the institution of a hospice program, the dying receive a twenty-four hour vigil as they face death. Pastors and friends read scripture and pray with them and deliver requested foods. Members of their prison congregation and friends from the cell blocks visit. There is at present a waiting list of seventy prisoners who have volunteered to attend the dying by serving four-hour shifts beyond their everyday eight-hour jobs.

The whole prison culture at Angola has begun to bear the stamp of the Christian gospel. When he first came to Angola, Warden Cain tells how he went to witness an inmate burial service. It was a rainy day and only a chaplain and a couple of grave diggers accompanied the cardboard casket to the newly dug grave. In the process of transporting it, the body fell out of the rain-soaked cardboard coffin, onto the ground, and had to be dragged to its final resting place.

No more. Today, inmates at the casket-making shop construct beautiful wooden coffins. (Incidentally, when they were briefly available to the public, Ruth and Billy Graham bought caskets from Angola.) When a prisoner dies, inmate volunteers in the hospice centre prepare the body for burial and place it in one of those caskets. Members of the deceased inmate's church accompany one of the inmate pastors to the prison cemetery (unless relatives have chosen to claim the body). The casket rests in a nineteenth-century replica hearse pulled by Percheron horses bred and cared for in another part of the prison. At the graveside, the pastor conducts a simple worship service as members of the prison church sing and, in the end, help bury their departed brother and commend his body to the earth. While this may seem like a small matter, it shows that the Christian gospel has transformed funeral practices, too. As the saints of Angola gather to bury their dead, a colony of heaven here below anticipates reunion with the white-robed crowd now gathered before the throne of God.

As the prison culture changed from violent and bloody to peaceful and safer, it became possible to reunite parents with children. The Returning Hearts Program allows inmates to spend one day a year with their children, enjoying food and games and getting to know each other. One of my friends, Kyle, met his seven-year-old son for the first time several years ago. "A woman from AWANA took my son on the bus from Florida to visit me," he told me. "It was wonderful. He walks just like me; he throws a softball just like me; and he loves Jesus like I do." These "Malachi Dads," as they are called ("I will turn the hearts of the fathers to their children," Malachi 4:6), see relationships that have been broken through incarceration begin to heal and grow.

The kingdom of God has also brought a sense of vocation in the value of work. Prisoners earn money by making crafts and selling them at the annual rodeo, which draws about 10,000 people a year to the prison. Inmates work in the wood shops or making jewelry and sell what they have made in booths at the rodeo. Leather goods, paintings, and all the sorts of items one might buy at a local art fair are available. And again, the transformation of prison culture has allowed for commerce, creativity, and social interactions that would have been impossible prior to what God did there.

The new mentoring program is the latest venture. Warden Cain has tried sending missionary pastors from Angola to other prisons and with some success, but he is always looking for a greater impact. So when the State of Louisiana moved to close a nearby minimum security prison, Warden Cain moved to secure a thousand of those prisoners. To do this, he needed to ask a thousand of his lifers to endure the hardship of double bunking to open up the needed beds. I'm told that a request like this made in any other prison would spark riots. In Angola, followers of Jesus made the necessary sacrifice and the new inmates moved in.

Warden Cain paired up seminary graduates with groups of four newcomers. The inmate mentor spends every waking hour with his four mentees. They eat breakfast together, go to vocational classes together, eat supper together, and go to evening worship or Bible study together. As part of the new program, the warden also set up fully accredited programs like the ASE accreditation in auto repair. The goal of these programs is moral rehabilitation, and the instrument of rehabilitation is the gospel of Jesus. As Warden Cain sums it up: "Now when they get out, they can get a job and they won't kill their bosses." His hope is that, through the new program, the revival that has swept Angola Prison will extend and begin to transform the pain and violence in New Orleans and elsewhere. These inmates are learning new habits that will change how they inhabit their cities and neighbourhoods. And Warden Cain hopes that the cultural change in Angola prison will spill over into cultural change in New Orleans and beyond.

Francis, one of my friends in Angola, said this about his mentoring vocation: "I was chosen from a select few to become a Re-Entry Social Rehabilitation Mentor. This is not a program but a ministry to me. These guys need Jesus and that's the bottom line! Personally, I don't believe in rehabilitation separate of Christ. 'Change' apart from Christ is only a form of behaviour modification. Some may truly want to change; however, when faced with the trials of life they resort to their old ways. I'm speaking from personal experience." Francis has found a vocation as the kingdom of God has come with power.

I have spent time teaching at Angola seminary over the last three years and have taken three groups of seminary students down with me to spend a week at the prison. We have seen the hand of God in unmistakable ways. John Robson, who runs the seminary program, once confessed to me, "Well, if God can do it here, he can do it anywhere." Perhaps he can. The first year I went down, I heard someone say that when revival comes to America, it will come through the prison system. At the time, that sounded to unbelievable to me, like so much pious clap-trap untempered by hard reality. But with a glimpse of how God has begun to multiply square inches into square miles at Angola, I do wonder just how far this could go. 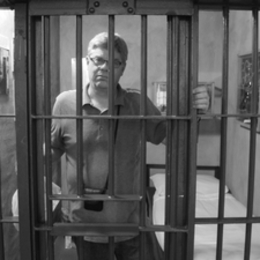 John Rottman is a fly fisherman who teaches preaching at Calvin Theological Seminary. An American by chance and a Canadian by choice, he lived for twenty years in Toronto while working on two graduate degrees and pastoring two congregations. As a johnny come lately to prison ministry, he is amazed at what God is doing these days behind bars.