Baseball's double play is a work of art, a four-second hymn of praise, very nearly a miracle. Compared to a full-length ballet, the double play is almost infinitesimally brief. But in sheer beauty and poetry, it is the equal.

A double play is a work of art, a hymn of praise, very nearly a miracle. The middle of a long, hot summer is a good time to consider the double play on its artistic merits.

The double play, for recent immigrants and woolly-headed intellectuals, in baseball, is where the defense gets two base runners out on the same play. At the pragmatic level, it is a boon to the team playing defense and a scourge to the team trying to score runs. At the aesthetic level, however, it is nothing short of sublime.

The double play takes about four seconds to complete. Compared to a full-length ballet like Swan Lake or even a scene from one like The Dying Swan, the double play is almost infinitesimally brief. But in sheer beauty and poetry, it is the equal of either.

In its most common form, the 6-4-3 double play begins with a runner on first base. The batter hits a ground ball to the shortstop between second and third base. The shortstop fields the grounder, making a quick throw to the second baseman, who catches the ball and touches second base, forcing out the lead base runner, and fires the ball to first in time to force out the batter. A major league batter who is not Albert Pujols will arrive at first just a shade over four seconds after the ball is hit, meaning the entire double play must take place in that period of time, or else it will just be an unremarkable force out.

On average, a major league baseball game will feature two twin killings, which makes the double play nearly as rare as a home run, and, in my opinion, considerably more beautiful. A home run is its own sublimity, a man hitting a small sphere somewhere between 300 and 400 feet with a wooden stick, but the double play is a ballet of real teamwork. Consider for a moment the various components of the 6-4-3 double play:

The shortstop (the 6 in the 6-4-3), usually the team's best defensive player, moves the instant the ball leaves the bat, anticipating through years of experience the likely point of intersection of the ball's path and his own. He must—in a single motion—field the ball, turn and throw to the second baseman who is charging toward second base at the same rate as the runner, but from less than half the distance. If thrown correctly, the ball will arrive at a hypothetical point near second base the same instant the second baseman's glove does, but the target is not present when the shortstop begins his throw. I was privileged to see Hall of Famer Ozzie Smith initiate many such plays during the time I lived in St. Louis.

At this point, a brief digression. The news media love to puff the latest advances in robotic technology—robots can weld car bodies on an assembly line! A robot can climb stairs! A robot can find a folder in a file drawer! Consider, just for a moment, how many decades (centuries?) we are from building a robot that can execute the front end of a double play, let alone the extraordinary pivot play. The combination of visual acuity and physical skill is so far beyond the current state of the art in robotics as to make the very idea seem laughable. It will be done, of course, someday, but under very controlled circumstances by a very, very expensive robot. I doubt seriously that it will be done in my lifetime.

At the same time the shortstop is executing this exercise in advanced applied physics, the second baseman has run from his position at the back of the infield to the base to receive the throw. Now comes the truly astonishing part of the double play, the part that you want to watch over and over again on instant replay because even in slow motion it seems impossible. The second baseman (like, say, the Pirates' incomparable Bill Mazeroski) catches the ball, tags second base with one foot, and pivots to fire a rifle shot to first base while leaping into the air to avoid the spikes of the sliding baserunner, who, knowing his errand is doomed, has determined to help his team by disrupting the double play so at least the batter will be safe. Sometimes this disruptive strategy works, but obviously in the successful double play it does not. This pivot move, catching, tagging, leaping and throwing, takes place in the literal blink of an eye, and if you sneeze you will miss it. It is a transcendent moment in baseball, in sport, in human endeavor. And if you think it is easy, you have obviously never tried it with a major league player hurtling toward you with his cleats pointed at your shins.

The third and final phase of the double play is only slightly less dramatic. While all this action has been unfolding around second base, the batter has begun an all-out sprint for first, knowing, because he has hit a grounder to short, that his chances of being safe are slim and that speed is all. The first baseman has perhaps the easiest job, hauling in the throw from second, though of course in real life this, too, can be fraught with drama. And everyone in the stadium is on his or her feet to see whether the runner can edge out the throw from second. If the first two defenders have done their work well, the batter is thrown out at first, and the inning is over—or two-thirds over, at least.

All in a tick over four seconds, a tiny ballet involving six men, a bat and a ball is played out, well or less so. The very best of human grace and agility are on display, as are speed and strength. I could write another entire essay on the line described by a baseball as it is thrown at full intensity from one baseman to another. It is breathtakingly straight. There are, of course, double plays in softball, and women, no less than men, are able to execute this amazing feat of coordination. But at the major league level, with ninety feet between the bases, the double play borders on the miraculous.

It is not miraculous, of course—just the opposite: it is the result of years of dedication and practice as well as God-given talent. But in its distance from the fumbling, stumbling physicality of most of our daily lives, the double play can almost make one understand how the ancient Greeks thought that the most heroic mortals could earn promotions to deity. 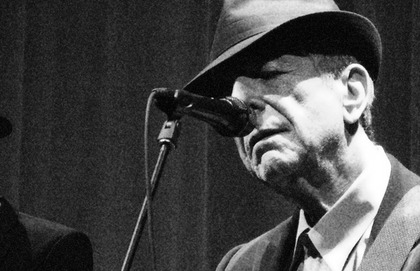 The Importance of Hans Rookmaaker