The connection between fair trade, as a response to the excesses of global capitalism, and the Christian faith is natural, given a solid theology of work and the imperative to open our ears to the cries of the poor. In today's global political and economic climate, individual disadvantages result from worldwide structures of trade.
by Kirstin Vander Giessen-Reitsma

My husband and I did not move to rural southwest Michigan with grand plans. The idea was to use my grandparents' vacant cottage for a six-month winter retreat, a place to consider where in the world our next home might be. We reveled in the frozen charm of the country, drove for hours on snow-covered roads just to receive the achingly beautiful scenery, and sought out the little town's secrets like children let loose on a farm. One year and eight months later, Three Rivers, Michigan has claimed us for its own.

Not only did we discover a challenging community within which we had some sense of being home (in the fullest sense of the word), but we made our commitment more tangible by starting a store in the struggling-but-promising historic downtown district. World Fare is a non-profit, volunteer-run store that markets the products of economically disadvantaged people around the world who are being paid a fair and consistent wage, thereby lifting themselves out of poverty and desperation. In a few months' time with the help of volunteers, we painted walls, raised support, built fixtures and threw a grand opening party.

Fortunately, we did not have to blaze our own trail to start such a store. Organizations like SERRV International and Ten Thousand Villages have been working for years to facilitate the creation and delivery of fairly traded products to parts of the world where people have enough income to afford luxury items. Though cynicism may tempt many to assume that such a radical and effective means of addressing poverty would not emerge from the Christian Church, many of the largest fair trade organizations are distinctly Christian. TraidCraft, a Christian organization in England, serves European and North American markets, while SERRV emerges from the work of the Church of the Brethren and Ten Thousand Villages from the Mennonite church.

The connection between fair trade, as a response to the excesses of global capitalism, and the Christian faith is natural, given a solid theology of work and the imperative to open our ears to the cries of the poor. In today's global political and economic climate, individual disadvantages result from worldwide structures of trade. Miroslav Volf observes in his Work in the Spirit: Toward a Theology of Work that "within one country there are rich elites that have amassed material resources (land in particular) through morally (though not always legally) flawed ways and left the masses without resources to work with. The destitute majority is at the mercy of a wealthy minority, which dictates the unjust price of labor in order to increase their wealth at the expense of the poor." Admittedly, it would be simplistic to blame capitalism for all of the world's inequities, but in seeking the roots of the economic disadvantage, we cannot deny that "the rich North (one-fourth of the world's population that receives four-fifths of world income) often uses its power to write the 'rules of the game' and 'determine North-South economic relations to its own advantage.'"

Volf's comments are applicable not only to the early 1990s when Work in the Spirit was published, but also to our current situation, as the power of the wealthy continues to grow. Such an imbalance hinders the ability of the disadvantaged to realize the purpose of work in the context of God's creation. According to Henry Van Til in The Calvinistic Concept of Culture, work is not merely a necessity in order that man may eat and live, a kind of necessary evil to which all are subjected by an impersonal fate, but it is the joyful calling of man, the cultural creature, whereby he expresses his understanding of reality as prophet, whereby he gives himself in living service to fulfill the end of his creation as priest, and whereby he exercises power and dominion in the name of his great Taskmaster, whose he is and whom he serves. And we ourselves are undeniably culpable when, by our participation, we reinforce structures that perpetuate imbalance and prevent a worker's realization of work as a joyful calling in the service of Christ.

These complex problems indeed call for large-scale reform of trade policies. However, one of the advantages of fair trade is that it can operate within the current system to the benefit of the producer, by modifying common commercial processes, eliminating countless middlemen and establishing a minimum price standard that kicks in when market prices fall below the cost of production. The primary focus shifts from using the dollar as a measure of economic power to ensuring that the human beings involved in the process are treated with justice.

Such an alternative makes logical sense to many people who wouldn't openly profess to any faith; however, I would argue that Christians have a deeper, more compelling reason to engage in fair trade. David Ransom writes in The No-Nonsense Guide to Fair Trade, "The greatest single virtue of fair trade is that it encourages us to take a closer look, to engage more critically with the intriguing, sometimes shameful details of everyday life." Critical engagement is indeed a benefit, but the Christian perspective adds an underlying reverence for human beings as images of God who are deeply loved by their Creator. In Heaven is Not My Home, Paul Marshall explores what this reverence means in the context of work:

We need to shape our workplaces and structures so that people can exercise genuine responsibility and be treated as God's responsible image-bearers. This means we should concentrate on good, useful work and turn away from the notion that people are simply commodities to be bought and sold in a 'labor' market. As much as we can, we should seek to help ourselves and others find and shape work as an act of responsibility, a genuine way of serving our neighbor and serving God.

Calvin Seerveld's comments, given in 1965 to the National Convention of the Christian Labour Association of Canada, are also applicable in this context:

This alternative of communal Christian action in society also means the use of sanctified power: not might, constraint, compulsion, force as the unbeliever conceives it, but the power of the Spirit, of the Truth, of opening up creation culturally in the way God normed its development.

Cultivating the Kingdom of God on earth, including work as it should be, is not a private matter, but a communal one, "opening up creation" for people who may come to know God through the goodness of the created order being revealed to them through the work of Christ's disciples.

While most Christians will never be in the position to negotiate the principles of NAFTA or make top-down corporate decisions to benefit the developing world, everyone is in a position to shape change through everyday spending habits. The sustainability of fair trade depends upon the willingness of consumers to shop "with their eyes open," Ransom rightly states. We should not be deceived into believing that our consumer choices do not matter, or are somehow governed by a different morality. Volf writes,

Christian faith ... is incompatible with a plurality of moralities in one's life of commitment to God, for by definition, God is a God of the whole of reality. For a Christian the question of how to function responsibly in each particular sphere of life depends on the answer to the question of how one should responsibly live one's life as a whole... The various functions I perform must conform to the notion of the "good life" lived before God.

Consumer choices do reflect our deepest convictions and we vote for what we purchase; that is, we identify with our money what we believe is good for ourselves and for our society. Making the choice to purchase fairly traded goods when such goods are available is an acknowledgement that what is done for those at the furthest margins of the global society is an action of love toward Christ himself.

We do not yet have just options for all of the products we purchase and indeed there are other virtues that can be practiced in our shopping alongside or in place of fair trade, including responsible frugality and support of excellent local work. Our central objective is that, mindful of God, we make choices that are obedient. Again, Seerveld offers wisdom:

It is repentant deed before God ... in all its tender tough-mindedness, tucking in the shadow of pain and sorrow for sin inside the laughing security of forgiveness, of being kept close to God: it is repentant deed that marks the peculiarly Christian action.

As more and more individuals learn to repent for our collective economic sin against the world's poor, fair trade will continue to grow. Already in certain parts of North America and Europe, fair trade-certified fresh fruits and vegetables are becoming available. And with options that include local shops, mail order catalogs, and online stores, there are few excuses for not supporting this alternative trade movement. From the small town specialty store to the supermarket aisle, let us do justice, love kindness and walk humbly with our God! 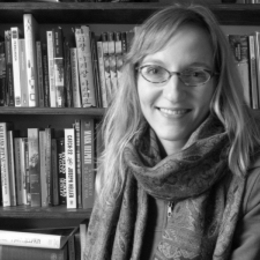