Online theological education has unexpected parallels in church history that offer some guidance for its adoption.

A version of this article was original published at Duke Divinity School's "Call and Response" blog, and is reprinted by permission of the author.

I serve on a board that decides theological education matters for my United Methodist conference, and recently, we were asked to allow candidates for ordination to earn up to two-thirds of their seminary education requirements online. Oddly, only a year ago we were asked to allow candidates to do a third of their seminary studies online. (In two years, they'll be asking us to allow four-thirds of M.Div. requirements to be met online.)

For some, this signals the decline and fall of theological education as we know it. For a long time, intelligent commentators have decried online education as a sort of disembodied, Gnostic beaming of information into brains—deadly for the church. Surely, on Christian grounds, you can't learn together without eating together, worshiping together, crying together? I remember one Anglican professor friend saying of his own particular specialty: "I refuse to teach my course on embodied theology online!"

So why did I vote with the majority to allow two-thirds of the requirements for an M.Div. to be completed online?

This pedagogical shift is about much more than the inevitability that comes with technological change. Lots of things seem "inevitable" that Christians should nevertheless oppose. But the online education offered in many places today may be—often is—better than that which people can get in person. A student certainly can dash in late to his or her part-time M.Div. evening course, not participate at all in class, and then head home at 10:00 p.m., drained. Or a residential student can show up for a lecture with 120 close friends and not participate all semester (and be on Facebook the whole time anyway).

Online, on the other hand, a student can take a class and be asked directly by her instructor to contribute on a particular topic. Students can be asked to participate on a blog with one another—even while the professor sleeps. Or the teacher can break students into small groups and watch all engage with one another simultaneously (try pulling that off in real life). At some point, the technology becomes so useful that it starts to feel irresponsible not to use it.

But what about the longstanding objections noted earlier, of disembodied, Gnostic visions of knowledge? The best setting in which to grow in love and wisdom with God and neighbour is still interpersonal, face-to-face meeting punctuated by worship, meals together, and service. And yet such meetings are not always possible. We are embodied beings and bodies can only be in one place.

This is why St. Paul so often longs to be with the congregations from whom he is absent in the body. But notice what he doesn't do: he doesn't wait to offer them his words until he can be with them. He sends them letters—letters which are meant to be read corporately, perhaps even to lead to worship or be part of it. Such letters allow him to engage personally without being present personally. They are a poor substitute in some ways; in others, they are superior. We have preserved St. Paul's letters. Unfortunately we do not have his face-to-face conversations.

Slightly later in church history, Augustine and Jerome produced some of the most remarkable letters we have. They argue over biblical interpretation, theology, practice—the works. These two giants of the faith go at one another, in Rowan Greer's unforgettable image, "like two scorpions." Such passionate interaction with such a payoff should still make all forms of Christian theological education. This is not the ad hominem heat of the blogosphere. It is the heat of a holy encounter with God. And notice: we preserve and treasure this correspondence not because it is record of face-to-face encounter. We do so because it is not.

In fact, as Christians, we are a sort of virtual body (this observation I owe to Graham Ward). We are members of one another with those we have never met through time and now through space. We long to commune with our sisters and brothers face to face. For most we never will until the final feast. For now we preserve our ligaments by prayer, correspondence, and mutual correction.

The church has not been unwilling to make do with less than fully-embodied theological exchange in the past. Why should we be less brave now? 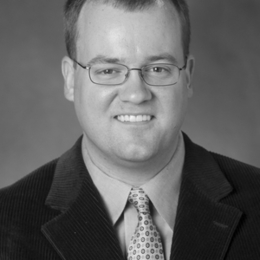 Jason Byassee is senior pastor of Boone United Methodist Church in Boone, North Carolina. He is also a Fellow in Theology and Leadership at Leadership Education at Duke Divinity School, a program dedicated to funding the imaginations of Christian institutional leaders. He writes for LEADD's web-based magazine, Faith & Leadership, and especially its blog, Call & Response (www.faithandleadership.com/blog).

Casting Call: Abraham Kuyper and the Drama of History

A Call for Thought Police