1. Follow up to "A Shakespeare Every Decade?": In which Alan Jacobs— an English professor

. If I were to go around with a three-ring rationale for the liberal arts, Alan Jacobs would be one of my main elephants. Just saying.

In the Beginning Was the Sound

. On the King James Bible, from The Economist's culture magazine.


3. ". . . while one might want to speak differently in different rhetorical situations, might strive to adjust one's language to suit different audiences that have different needs, in practice we do not live in a world with "bounded" rhetorical situations. "Everyone is listening," he said, thanks to the World Wide Web, as it is accurately called, which takes what you say to one audience and broadcasts it—as text, audio, video, or all of the above—to pretty much anyone who's interested in finding it.

"One of the most fundamental principles of rhetoric has always been decorum, that is, suiting one's language to occasion and audience. Those of us who teach writing typically think it vital to get our students to think in these terms—to see that they must adjust style and diction, evidence and argument, to reach the readers they most want to reach.

"Increasingly, these will be matters

of import for everyone

. But given the intensity of feelings that people have for what Paul Griffiths calls the "home religion," religious believers whose lives have a public dimension should be especially thoughtful, careful—and prayerful."

Listening to History: The Poet's Legacy

We have misplaced an invaluable tool for shaping and refining human thought. It is time for apprenticeship in rhetoric. 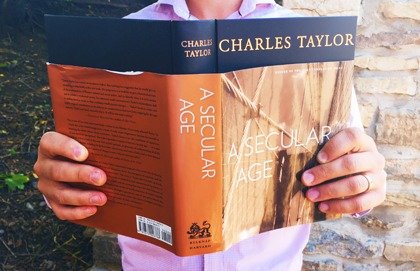