What About the Third World?

For many people the term "Third World" immediately conjures up Imaqes of Poverty, distress and exploitation. In "Second Thoughts About the Third World" Thomas Sowell, a fellow at the Hoover Institution at Stanford University, reminds us that the Third World is no single entity, but a vast and diverse collection of peoples, nations and races at many different stages of economic, political, social and cultural development.

The view that poverty in the Third World is the result of overpopulation and/or colonial exploitation has become part of accepted wisdom. It will therefore surprise many to know that if every man, woman and child on earth (all 4.4 billion of them) were placed in the state of Texas, they would occupy about 1,700 square feet per person. That would work out to 6,800 square feet for a family of four—the size of the typical middle-class American home, including front and back yards.

Sowell argues that there is little relationship between poverty and population density, nor between a nation's supply of natural resources and its level of wealth. The factors that determine a nation's standard of living, writes Sowell, are the skills, discipline and organizational abilities of its people. Here he points to prosperous Japan, which is both resource poor and densely populated.

In 1916, in a book titled Imperialism: The Highest Stage of Capitalism, Lenin introduced the view that colonialism is synonymous with exploitation and stagnation. This belief has since been ardently and successfully propagated by Marxist-Leninist ideologues. Sowell takes issue with this view, and claims the following beneficial effects for European colonialism: 1) it reduced or eliminated internal rivalries and warfare; 2) it established a unified system of law, greatly contributing to stability and individual security; 3) it introduced more advanced systems of technology and organization; and 4) it stimulated interaction with other nations and cultures.

Sowell acknowledges that the above came mixed with harmful effects, but states that colonialism on the whole provided a net benefit to the Third World. Although many who view themselves as advocates of the poor will undoubtedly reject his conclusion, Sowell maintains that "to be an effective partisan of the poor, one must first be a partisan of the truth."

Those who pin the blame for Third World poverty on colonialism, and especially on multinational corporations, generally demand a massive transfer of wealth from the First World to the poor nations. Sowell believes that poor nations are often not helped by foreign aid. "For example, Tanzania has had more foreign aid per capita than any other nation, yet its economy is in shambles and its people are oppressed by the inept and dictatorial regime of Julius Nyerere. Many do not see past Nyerere's talk of humanitarian goals, and so continue to name "Western imperialism" as the villain.

This article, taken from Sowell's book, The Economics and Politics of Race provides a thought-provoking and refreshing look at a subject clouded by ideological intransigence. At the very least it focusses on certain realities that should be considered by all who are troubled about the poverty and suffering of a large part of the world's population. (Mr. Michael Manley, the former prime minister of Jamaica, responded with a hard-hitting critique in the December 1983 issue of Harper's. Manley advocates a society "that uses the political process to engineer social equity," and accuses Sowell of drawing racist conclusions. —Michael Manley, "We Are Told . . . We Must Have More of the Disease," Harper's, December 1983.)

Freedom, Justice and Hope: Toward a Strategy for the Poor and the Oppressed

A Warning Voice from Peru 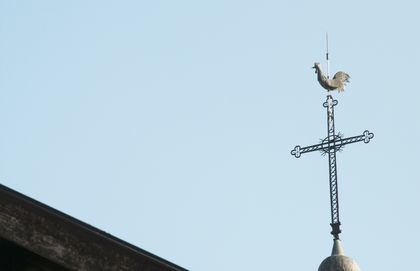