What would Pearson do?

Peter Wilby's review in the New Statesman of Christopher Hitchens's anthology, Love, Poverty and War: journeys and essays, captures the harmonic convergence between the neoconservative right and the democratic internationalist left. Hitchens announced his divergence from "the left" following 9/11, and his endorsement of Mr. Bush's war-on-terrorism foreign policy. He did so as the U.S.—with neoconservatives getting credit and blame—invaded, first, Afghanistan and, then, Iraq, while the left described this effort (in Iraq, at least) as "illegal." Hitchens has vigorously defended the U.S. policy in Iraq and the administration's war-on-terrorism policy, in general. And the American and British left aren't happy about it, including Wilby. In the latest issue of The Weekly Standard, Hitchens offers the spirited defense of the Bush-Blair foreign policy in the Middle East and on the Mediterranean's south shore he wishes the U.S. president and the British prime minister would put forward ("A War to Be Proud Of," Vol. 10, Issue 47, September 5, 2005).

The year? 1961. The Prime Minister? John George Diefenbaker, who tried to revive the British Empire in its dying gasps. And the Leader of the Opposition who called for holding fast to the principles of freedom and democracy, and nurturing trade with the U.S. was Lester Bowles Pearson, son and grandson of Methodist ministers.

Pearson was a creature of his times: a veteran of World War I, confident in the need for the United Nations, and a leader in pushing for the dismantling of old colonial empires. Backed by U.S. President Eisenhower's foreign policy, as Canada's foreign minister, Pearson brokered the deal that saw Britain and France back down from their military campaign to recapture control of the Suez Canal in 1956. For his efforts, Pearson was awarded the 1957 Nobel Peace Prize.

But Lester Pearson was no peacenik. During the Cuban missile crisis that deeply divided the Diefenbaker cabinet and threatened to bring down his government, Pearson supported the U.S. blockade. While Diefenbaker balked at stationing nuclear-capable missiles in Canada from the U.S., Pearson expanded the Distant Early Warning system or "DEW line" upon taking office in 1963. While he promoted the United Nations and Canada's role as a peacekeeper under UN auspices, Pearson carried on a clear-eyed foreign policy strengthening Canada's bilateral relationship with the U.S. militarily in NORAD and on trade in the 1965 Auto Pact. And although he refused to support the U.S. in Vietnam, it wasn't until Mr. Pearson left office that the dismantling of the Canadian Armed Forces began in earnest.

For the past several years, Canada's foreign policy has been conditioned by an incoherence that demeans the Pearsonian legacy. Canada offers help in times of natural and man-made disaster, but is slow in the follow-through. Canada continues to affirm the worth of peacekeeping, but is too often strapped in its ability to deliver on moral commitments with Canadian soldiers ready to wear the blue helmet. Canada declined to support the 2003 Iraq invasion officially, but positioned Canadian ships to do interdiction in the Persian Gulf and to exert command and control of air traffic in and out of Iraqi airspace. Although some of its equipment is on the cusp of new technologies, and its members are among the best-trained in the world, the Canadian Armed Forces continues to limp along, in many cases undermanned with obsolete, worn-out equipment. Canadian leadership in peacekeeping, while honourable, is a memory. Canada's bilateral, military, and trade relationships with the United States are compromised by this incoherence, by anti-American rants from Canadian Members of Parliament, and by the Government of Canada's refusal to take a principled stand seemingly except where political benefit can be found. As a senior member of the United Nations, up to date with its contributions, Canada could take a proactive role in leading UN reform. As it is, today's United Nations risks becoming the has-been that never was.

So, "What would Pearson do?"

In a speech delivered to a joint meeting of the Canadian and Empire Clubs in Toronto, April 24th, 1961, entitled "Atlantic Trade Community, Foundation of the Free World," Lester Pearson offered both some warnings and a foreign policy vision as Leader of the Opposition. First, Pearson noted that those who would threaten freedom and democracy are counting on two things:

Pearson warned that democracies must rise to defend freedom, democratic traditions, and, yes, capitalism both domestically and internationally. Pearson cautioned, further, against economic nationalism and anti-Americanism, but he didn't see exclusive integration with the American economy as the answer, either. He urged not counting too heavily on the GATT, the predecessor to the World Trade Organization.

Lester Pearson's vision was an "Atlantic Economic Community" that would include the United States and Canada. He conceived a "North American Common Market," now realized in the North American Free Trade Agreement (NAFTA), as a precursor to an Atlantic trading community.

In a speech of last March in Montreal, John O'Sullivan noted the cooperation between the democratic states of the Far East—India, Japan, and Australia—and their timely intervention with respect to East Timor and tsunami relief. O'Sullivan located this cooperation in "the Anglosphere," and he identified the competing "Iberosphere" that encompasses Spain and Latin America and "Islamosphere" centered in, but not limited to, the Middle East. There may be an opportunity to create a new trans-Atlantic and trans-Pacific community of democracies including the New Europe, Britain, and the nations of the European Free Trade Area along with the Pacific nations of Japan, Australia and New Zealand. Canada should be a member of such a community, and move to carve out a leadership role in it.

A former deputy minister of defence and of foreign affairs in Poland and, now, Executive Director of the New Atlantic Initiative at the American Enterprise Institute, Radek Sikorski proposes that Canada should take an active role in the Community of Democracies, a UN caucus of 100 democracies founded in Warsaw, June, 2000 ("Cleaning Up the UN in an Age of U.S. Hegemony," C. D. Howe Institute Commentary 212, June 2005). The Community is an attempt to side-step UN bloc voting that too frequently goes against principles of constitutional, representative democracy that Canada espouses. The Community has already set out parameters for membership that would avoid the spectacle of nations who are among the worst offenders with respect to human rights voting against and refusing to defend the very values the United Nations was organized to uphold.

Sikorski believes Canada could exercise considerable influence in rebuilding the United Nations as an effective multilateral forum where smaller countries could more actively engage the U.S. Further, Sikorski notes that while Prime Minister Martin has attempted to organize the "L-20" with aims similar to the Community's, Mr. Martin's effort has gotten little traction, including with the Bush administration. Sikorski observes that many of the Canadian prime minister's proposed L-20 countries have little in common. He suggests that a coalition based on principles, like the Community of Democracies' "Warsaw Declaration," represents the better course.

While the Warsaw Declaration is a fine statement of the principles mature democracies adhere to, there are some principles that could be more explicitly enshrined in the Community's statement:

Canada was a founding member of the Community of Democracies, and the White House is already offering tentative support to the Community as an instrument of United Nations reform or, failing that, as a full-blown alternative to the UN. To the most recent meeting of the Community that convened in Santiago, Chile, this year, Canada fielded a modest delegation of Foreign Affairs Minister Pierre Pettigrew and his officials, and Ms. Maureen McTeer, a Canadian representing the Center for North American Studies at American University, Washington, D.C.

The 2005 Santiago Ministerial Commitment, "Cooperating for Democracy," puts forward several steps to be taken by participating countries to further aims of the Community. However, if Canada is to be a credible and influential participant in such a community—if Canada is to be a partner in a position to take a leading role, in a position to influence the U.S.—Canada must first shore up its bilateral relationship with the U.S. and its international relations credentials more generally as follows:

The cooperative effort to reconstruct the Iraqi state, economy, and infrastructure could very well become a further impetus to a new economic and international treaty organization embodied in the Community of Democracies, both as a free-standing, international organization and as an intra-UN caucus of democratic states. Such an organization possesses the potential to sideline, if not displace, the UN in its effectiveness—if the UN stands in the way or drags its collective feet. This was the case with NATO during the Cold War and in respect of the recent conflicts in the former Yugoslavia. The Community of Democracies could very well transcend the scope of existing international relationships, were it to evolve into an economic and trading organization and a wider diplomatic and military organization.

If the limited multilateralism of "the coalition of the willing" evolves to an expanded multilateralism of "the coalition for freedom and democracy," Canada must be there, and not just on pragmatic grounds or for reasons of self-interest. Canada should—Canada must—take a leading role in a coalition for freedom and democracy—for constitutional, representative government as an instrument of justice and human flourishing. 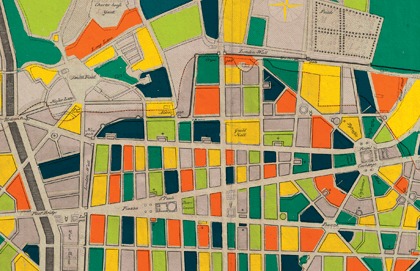 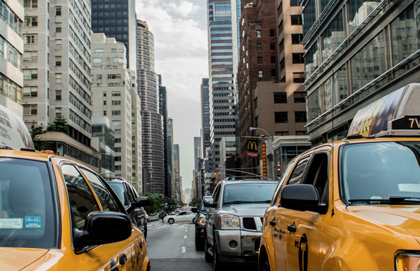 Who's Reprogramming Your City?

How we can keep smart cities from becoming settlements for sophisticated savages?