Wheat Paste is Not a Crime

Expressive neighbourhoods allow their less powerful residents to be "heard," visually. This is why I love my new home city of Tacoma, Washington—a place where expressiveness has (for now) found a voice.

I consider myself to be pretty good at reading cities and neighbourhoods. Not only am I attentive to some of the formal and even sociological aspects that distinguish one place from the next, but I also pride myself on getting a pretty quick read on what animates a particular place through figuring out what the local bohemians are up to.

My secret to sleuthing this sometimes elusive feature of neighbourhood identity is that I am an inveterate poster reader. I can't walk by a telephone pole or the side of a building without noticing and reading about every all-ages show, lecture, protest and even offering of guitar lessons. Occasionally this practice leads me to attend one of the advertised events, but for the most part I just love finding out what is going on.

I think that this is linked to my love for community. Be assured: we are not about to start talking about modern day barn-raising rituals among urban neighbours and little gifts of banana bread being brought to newcomers. Frankly, when it comes to reaching out in love to my own community, my track record is decidedly uneven. What I am talking about here is how a particular neighbourhood or city community as a kind of unique cultural force expresses itself to the wider world.

Neighbourhoods intrigue me because, like friendship, they are delightful and substantial, yet typically lacking in any formal political or institutional status. I am intrigued by the various ways that the community within a particular neighbourhood shapes the place in such a way that may be legible to outsiders.

This peculiar interest of mine attunes me to concepts such as the malleability, patina and expressiveness of particular neighbourhoods. Malleability has to do with whether the buildings and landscape of a neighbourhood are receptive to or show evidence of residents altering them in order to suit their tastes or needs. In East Los Angeles, for instance, residents typically transform the traditional middle-class American front yard by enclosing it with a low fence and then using this area as a social space.

Patina is a bit less deliberate. Patina has to do with the way that repeated patterns of movement become etched into the external surfaces of the neighbourhood. A dirt pathway that is created where everybody cuts the corner through the grass is an example of patina.

Expressiveness is a more fluid concept. Both malleability and patina can be seen as expressions of power within a neighbourhood. If buildings are malleable, they are so only to those who legally own them. And patina reflects the power of tradition or the crowd as many people enact the same movement over time.

From this perspective, vandalism and graffiti can be seen as acts of rebellion among the neighbourhood's powerless that mimic the malleability and patina of a place. Acts of vandalism, such as smashing windows, change the look of a building in a way that runs counter to the tastes and needs of the building owner. And graffiti in the form of tagging leaves a trace on the external surfaces of the neighbourhood that sets the individual apart from the crowd.

The need for the less powerful residents of a neighbourhood to be "heard" by impacting the visual culture of a place is an important aspect of the vibrancy of the neighbourhood. We can describe a neighbourhood that allows for such gestures as expressive. I love expressive places. Therefore, I read posters in a neighbourhood for the content as well as the form. I enjoy knowing what kinds of things are bubbling up in a particular place, but perhaps I love even more being in a place where such expressiveness has found a voice.

This is one reason why I love my new city of Tacoma, Washington so much. Not only do we have the best pubs of any place I've ever lived (we'll save that for another day), but the telephone poles and sides of buildings here are also home to some of the most amazing posters I've ever seen.

You'll need a little back-story to appreciate what this means. Tacoma has, for most of its history, been under the shadow of Seattle, its proud neighbour to the north. We've always been smaller, and poorer, and a little dirtier than the Emerald City. In the last decade, however, Tacoma has decided that it doesn't want to "be Seattle when it grows up," but is perfectly happy being Tacoma.

The pre-history of this particular renaissance shapes the way that development has taken place here. We have a growing arts community, but it seems very intentional about being "not Seattle" as it finds its voice. This means our artists tend to avoid refined forms of arts such as painting and dance and favour arts that recall our gritty blue-collar roots.

The art forms that do really well here are ones for which participants incur risks—burning an ear, crushing a thumb. We have a thriving glass-blowing community, for instance. And we have a good half-dozen letterpress poster artists.

My favourite of the letterpress artists goes by the name of Beautiful Angle. About once a month, this group produces a thoughtful and whimsical poster to share with the community. They print about 120 of them by hand and then proceed to distribute 100 of them on telephone poles (with staples) and on the sides of buildings (with wheat paste).

Within about 24 hours, all of the posters will have been removed. People like myself, with an eye for such things, have come to love these posters; we take them off the buildings and put them up on the walls in our homes and offices. If you want a particular poster, but weren't lucky enough to find it, you can buy one of the 20 that were not distributed for anywhere from $20 to $200.

The city of Tacoma has an ambiguous relationship with Beautiful Angle. Technically, it is illegal to post anything on telephone poles and on the sides of buildings in Tacoma. And yet, the city has given Beautiful Angle awards for their artistic contribution to Tacoma. This contradictory behavior shows me that the expressiveness than many value in our neighbourhoods is not clearly reflected at the policy level.

A legitimate task of our municipal governments is to protect us from those who would seek to do us and our neighbourhoods harm, and to preserve order over anarchy. But more often than not, our cities adopt laws that are too broad to distinguish between acts of violence (such as graffiti and vandalism) and acts of creative expression (such as posters and street performances). David Greusel describes this overreaction as an attempt to achieve a sanitized public space and claims that it can be just as bad as anarchy.

Some cities have achieved such sanitization of their public space and it leaves me cold. Fortunately, those who are in charge of many lively neighbourhoods do value expressiveness even if they cannot seem to articulate this valuing at the policy level. Many municipalities have laws against posting that they either don't enforce or they only enforce selectively (how many ads for cellulite removal do we really need anyway?). For me, the difference between those communities that get this and those that don't is significant. Frankly, I can't think of a neighbourhood that I really love that isn't held together by a healthy dose of wheat paste. 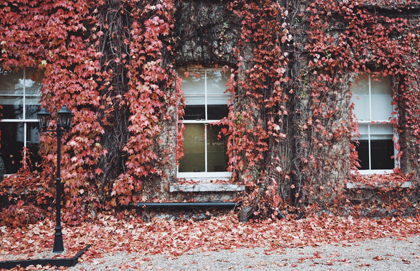 Building Cairns in the City