Whiteness as a false reality: the baptismal identity of 'the now, but not yet'

What does "baptism" mean amidst the false realities of universal "whiteness", into which all others must enter? Take the red pill, and reframe the issue of identity. Professor J. Kameron Carter teaches courses in theology and black church studies at Duke University Divinity School.
by J. Kameron Carter

Recently, I gave a lecture to some seventy-five or so young people at this past summer's Duke Youth Academy (DYA), sponsored by Duke University Divinity School. Convening a meeting of young people from across the nation for two weeks, the annual meeting of the DYA seeks to guide young people in the process of thinking theologically about the world in which they live, and about what it means to be Christian in our world. This is a tall but important undertaking for only two short weeks. But, undertake it, the DYA did. And I was honoured to assist them in the undertaking. The theme of my lecture was "baptism."

My question for those young people, a question that I want to repose here, is this: What does baptism signify in a world in which the human being has come to be conceived of as a racial being, as the bearer of race? What do those much vaunted and evangelical words of old, "You must be born again" (John 3:7), mean in a world in which "whiteness" is the structural, universal, and ever more transparent reality, into which all others must enter? In short, what does baptism mean in a world organized through race?

Two stories will help us think about how baptism intervenes and seeks to disrupt the racial world that whiteness creates. I'll begin with The Matrix, a movie that I have lost track of the number of times I have viewed.

The first scene I want to call attention to is the one in which Agent Smith "bugs" Neo (played by Keanu Reeves), destined to be "The One," the savior of humankind. At first, Neo doesn't believe he had a bug in him. He thinks it was all a dream. In due course, Neo recognizes that it wasn't a dream and that he needs to submit to the process of being "debugged" (or, to use a theological term, the process of having his inner demon exorcised) by his soon-to-be love interest, Trinity (played by Carrie-Anne Moss). But not before first being forced to make a choice: either to get out of the car and return to life in the unreal (but to be sure all-too-real Matrix world), or to endure the distasteful and somewhat painful pre-baptismal process of exorcism. After deliberating over his choices for a cinematic moment that feels more like a cinematic eternity, Neo chooses to stay in the car, to be debugged, and thereby to continue on the path toward exiting the reality the Matrix made for him, being born again into a wholly new reality.

But this was only the beginning. A second, important scene immediately follows in which Morpheus (played by Lawrence Fishburne) offers Neo the choice of taking a red or a blue pill. If he chooses the red pill, he would be removed from the fake, but comfortably safe Matrix world. He would, so to speak, be baptized—by full immersion, no less—out of that reality and be born again into a wholly new one, a reality that the movie simply calls, interestingly, Zion. Neo's life from then on as "The One" would be an evangelically prophetic life. Baptized out of the false, yet deeply attractive reality of the Matrix world, Neo would give his life to the mission of converting that fake, unreal reality into the true reality of the age to come. Of course, there was the alternative blue pill, the taking of which would allow Neo to continue to live out the life that the Matrix created for him. He would continue on as Mr. Thomas Anderson, an educated and astute, middle class, professional, computer programmer. Taking the red pill, Neo chooses baptism. Indeed, he looks in the mirror and in not so many words says that he no longer wants the comfortable reality that was created for him. He is leaving that reality and entering another.

It is precisely at this point that The Matrix can help Christians think more deeply about what baptism means in a world structured by race, and predicated on the structural realities of whiteness. Baptism means looking in the mirror and refusing the reality that whiteness has created.

Afro-Christian faith . . . or "Leaving behind the blackness whiteness created"

Afro-Christians—that is, persons "raced" as black in the modern world and enslaved on that basis, but who nevertheless took on the religion of their masters—historically understood Christianity and Christian baptism in precisely the terms I am suggesting in my theological interpretation of The Matrix. Their entry into Christianity was a baptismal exiting from, and a Christological dying to, the "blackness whiteness created" (to use Victor Anderson's potent phrasing from Beyond Ontological Blackness). This is precisely what it meant for such antebellum figures as Briton Hammon, the early Frederick Douglass, Jarena Lee, and Harriet Jacobs, to name but a few. Baptism afforded each of them a new basis of self-understanding, a new ground of identity. Their identity was no longer founded on the blackness that white enslavement created, the blackness that provided the labor for constructing the material reality we call "America." For each of them, Jesus Christ was more than an idea. As Very God and Very Man, Jesus was for them understood to be a social reality, indeed, a social field with historical depth across time and geopolitical breath across space, a reality that reconstitutes all relations inside of the social space that he is. Baptism inducts one into the social reality that is Jesus of Nazareth, but only by "exiting" one from the confining social realities that whiteness has created. For slaves, Christian baptism was, therefore, freedom, as Albert J. Raboteau lucidly argued both in his landmark text Slave Religion and, more recently, in A Fire in the Bones. It was a liberation from the ways in which race distorts humanity—the humanity of those raced as black (and, thus, slave labourers) as well as those raced white (and, thus, masters).

But, as if this were not enough, there is an even deeper challenge that Afro-Christianity poses to contemporary, Christian theology. The challenge is this:

If Afro-Christian faith imagined Christianity as liberation from the blackness that whiteness creates, so that through baptism into Christ identity could be refounded on being "sons of God" (cf. 1 John 3:1-2) and thus beyond slave existence, then Afro-Christian faith also in a quite subtle way posed the question of what it means to have whiteness exorcised, or to be baptized out of whiteness and, therefore, to exist no longer with the dispositions of mastery.

Separating the reality of Christianity and the reality of Jesus of Nazareth from the false realities that whiteness creates, early Afro-Christian faith turns the theological spotlight on whiteness itself, showing whiteness to be the perennial theological problem of our times. The challenge historic Afro-Christianity poses is how to grasp whiteness as a false, Matrix-like reality that articulates itself in the idioms of theology itself, be it on a liberal-conservative or a communalism-individualism axis. What must be understood is how this is but an oscillation within whiteness, the very reality that we must leave behind and be baptized out of.

Being baptized out of whiteness

This leads me to consider the story of Abram's calling in Genesis 12 as the story of Jewish, covenantal identity. It is the second of the two stories that I said would help us think about how baptism disrupts the racial world that whiteness creates, and it is the story with which I want to conclude this article.

What is so interesting about the story of YHWH's calling of Abram is the way in which it reframes the issue of identity and, by extension, how it disrupts the racial logics into which we all have been culturally and politically habituated, and socially and religiously formed. Abram is told to leave Ur of Chaldees and to strike out on an uncharted and unpredictable journey toward another city "which hath foundations, whose builder and maker is God" (Heb. 11:10). His nationalistic fervor and patriotic commitment to Ur was no longer to be the source of his identity. Nor was his identity to reside ultimately in his solidarity with the Jewish people, for at the time of his calling this people did not yet exist. Indeed, it was his obedience to YHWH that produced the people. Nor, finally, was his identity secured by land, for again at the time of his calling Abram was a nomad, wandering in the wilderness with no place to lay his head. In contrast to all of this, Abram's identity, the identity by which he would be renamed Abraham, was an identity-in-deferral, an identity of "the not yet." It was an identity awaiting its future consummation. It was an eschatological identity. And yet, Abram's present identity, the identity of "the now," lay precisely in his trusting obedience to YHWH's call to leave Ur of the Chaldees, to leave the reality that was so familiar to him and to strike out into another reality.

Is this not the calling of Christian baptism? Is this not the baptismal calling, sustained by the Eucharist reality of Christ's Jewish flesh, to exit the ways in which whiteness has crafted an intellectual, socio-economic, political, and, even, a "pseudotheological" reality for us to inhabit? Oh, for the day when after a child's baptism the minister or priest might utter the words, "Having been baptized, having left Ur of the Chaldees, I now declare you no longer white!" 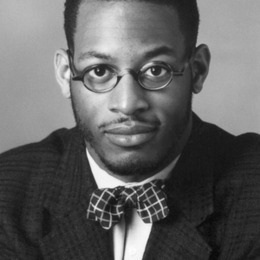 Professor J. Kameron Carter teaches courses in both theology and black church studies at Duke University Divinity School. His academic interests range from systematic theology and theological exegesis to philosophy, literature, and cultural studies. He has a book forthcoming from Oxford University Press titled Race: A Theological Account, in which he considers the modern construction of race as a theological problem.