Why Bother with the Humanities in a Time of Crisis?

Through riots, wars, and droughts, I teach English. Fiddling while Rome burns? 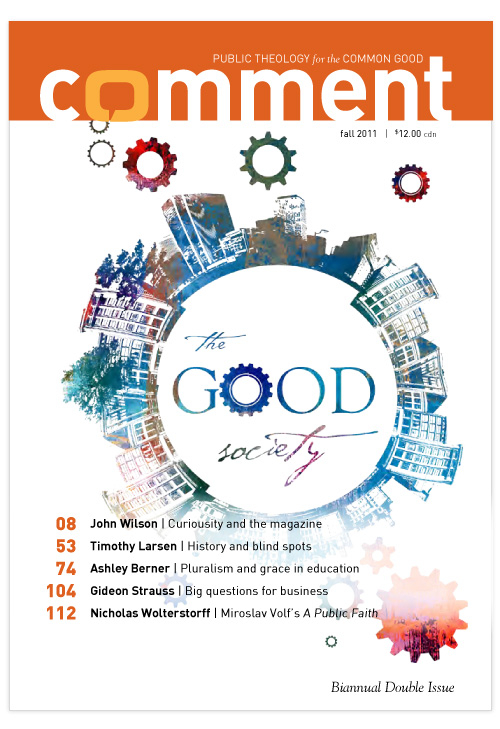 As I write this, there have just been four nights of rioting, looting, and burning in London, with Twitter-fed copycat riots in Manchester, Birmingham, Leicester, and elsewhere. I spent two weeks in London earlier this summer, happily wandering the busy and peaceful streets, so now I am asking myself, "What went wrong here?" With businesses, livelihoods, and whole neighbourhoods destroyed—even some loss of life—one young female rioter interviewed on CBC News said, "We wanted to show the police we can do whatever we want, and now we have!" Another, this time a male, said, "It's just a bit of fun."

The news is also full of stories about not only the devastating effects of famine in East Africa, but also the appalling situation in which aid sent from more fortunate countries is deflected by local war-lords, and doesn't get through to the starving women and children we see every day on our televisions. In Egypt, ex-President Mubarak is on trial facing charges of corruption and ordering the killing of protesters during the uprising that ousted him six months ago, but he says he's done nothing wrong; meanwhile the country is still awaiting any real structural change. In Syria, there has been a bloody crackdown by the military on pro-democracy groups in several major cities; in Libya, things are now so bad that Canada has broken off diplomatic relations and has just given Libya's ambassadors five days to leave this country. And as the U.S. faces the humiliation of its first-ever downgraded credit rating and as a growing number of European countries struggle with unmanageable debt and the threat of major bank closures, the world totters on the edge of its second major recession in three years.

What to do? Some analysts look primarily to a stronger police presence in London, the politics of diplomacy and economic sanctions in the Middle East, and courageous business deals in the U.S. Others, while pouring food aid into East Africa, look to the scientific possibilities for long-term drought control. Those who are inclined to factor in causes as well as effects begin to look seriously at an underclass of disadvantaged youth in the U.K. and elsewhere who feel powerless to move forward with their lives. Or they talk gloomily about the "me-generation" that has produced, at least in the West, a society in which looking out for Number One is the overarching goal. But no one doubts the crisis-ridden times. Even in countries where the warfare is not literal, there is ideological or economic warfare going on.

So what am I doing, teaching English? How and why, in the middle of such crises, am I expecting my students to respond?

In times like these, I find myself returning to a piece composed by C.S. Lewis in the first months of the Second World War. It was originally a sermon, called "Learning in War-Time," delivered in the autumn of 1939 in the University Church of St. Mary the Virgin in Oxford. In it, Lewis addressed the students who had not gone off to war, but were still students, still meant to be reading and learning and thinking and writing, still "fiddling while Rome burns." He argued that there is a bigger question behind any question about the justification for studying at such a time: every Christian who goes to university, he says, must ask, "How it is right, or even psychologically possible, for creatures who are every moment advancing either to heaven or to hell, to spend any fraction of the little time allowed them in this world on such comparative trivialities as literature or art, mathematics or biology?"

In other words, it is "the permanent human situation" to live always under the shadow of life-and-death eternal issues, whether in wartime or not. And even with a consciousness of this precipitous situation, it is an inevitable part of human life to be involved in cultural activities—it is in our nature to search for knowledge and beauty even in the middle of crises and alarms. We can justify this search in such times only by engaging in it humbly and wholeheartedly. For Christians, no matter what sort of time we live in, Christ's call is to engage in both the noble, cultural activities ("the work of a Beethoven") and the humble everyday things ("the work of a charwoman") always to God's glory.

For the Christian student, this means accepting the studying life as a vocation from God, to be lived dutifully and with humility. Since "a cultural life will exist outside the Church whether it exists inside it or not," the work of those who are called to what Lewis terms "the learned life" will be to offer the service of answering bad philosophy with good, and "muddy heathen mysticisms" with cool intellect. In particular, their gaining an intimate knowledge of the past will provide a foil to the fashions and assumptions of the present; this is the duty that those studying in the universities are called to fulfill.

Lewis goes on to describe "three enemies" of the scholarly life that are particularly powerful in times of war, though they are always present in some form; he offers three "mental exercises" that can serve as defences against them.

The first enemy is excitement, or the inability to concentrate on the work at hand because of outside distractions—not only the business of war, but also the everyday problems of lovers' quarrels, job-loss, illness. The best defence is the recognition that in fact "favourable conditions never come," and thus we need to do the best we can against these ever-present rivals to our work.

The second enemy is frustration—in particular the anxiety that we will not have time to finish whatever project we have begun. The defence Lewis offers is the recognition that "the present is the only time in which any duty can be done or any grave received"; we need consciously to live and work in the present, and leave the future to God.

The third enemy that war raises up against "the life of learning" is fear, and particularly fear of death and pain. Lewis's defence here is a bracing one. Since one hundred percent of us will die, we can say only that "war makes death real to us; and that would have been regarded as one of its blessings by most of the great Christians of the past. They thought it good for us to be always aware of our mortality." Such an awareness gives us a healthy perspective on finite human culture and its possibilities, and turns us again to divine realities as the true grounding for lives.

Thus Lewis's essay. At my college, we include it in the coursepack for our first-year core English courses, and discuss it with each new group of students. Does it help them know how to respond wisely to rioting in London, famine in Africa, political turmoil in the Middle East, financial crisis in the U.S. and Europe? In a direct sense, probably not. But indirectly, I believe it does. Students who take in Lewis's arguments will be more inclined to value their task as students beyond the utilitarian business of getting a degree to improve their job prospects. They will not only be encouraged to recognize their vocation as a God-given service to others, but they will also recognize that the enemies of their work as students are not unique to them—these are the enemies of all productive enterprise in this world. Moreover, they will have a rationale for the kind of reading and thinking which enables them to look beyond the immediate situation, both to its causes and to analogous situations in the past. They will understand the importance of seeing how one's worldview affects conclusions—and how the dominant assumptions of a particular age affect the policies it enacts.

Lots of this kind of work happens in humanities classrooms. I think first of the power of reading Rachel Carson's Silent Spring (1962) with students, considering how to take a responsible approach to environmental issues. Or the humbling effect of James Rettie's fable "But a Watch in the Night" (1948), which places the entire history of humankind in the last minute of a year-long movie documenting the development of the universe. I think about reading Joy Kogawa's novel Obasan (1981), which dramatizes the plight of Japanese-Canadian internees in WWII, with students who have never heard anything about this part of Canadian history before. Or Alan Paton's Cry, the Beloved Country (1948), with its painfully beautiful look at the suffering of both blacks and whites in apartheid South Africa.

I think of reading an ancient fable like "Echo and Narcissus," or a classical Greek tragedy like Oedipus Rex, or the medieval morality play Everyman, with students for whom the resonance of the past in the present is still barely on their radar. I think about the way I have seen non-specialist first-year students respond to John Donne's "Meditation 17" from a time of personal crisis way back in 1624 ("No man is an island, entire of itself"); or to Henri Nouwen's essay "Adam's Peace" (1988), about the unaccountable value of a severely handicapped life that brings peace to those around. I think about Shirley Jackson's story "The Lottery" (1948), which describes a town in the grips of a deadly custom whose validity no one questions. Or Graham Greene's story "The Second Death" (1935), which undermines students' previous expectations about the recipients of Jesus' miraculous healings.

I think about Chinua Achebe's novel Things Fall Apart (1958), which brings to life the culture of a Nigerian tribe prior to the arrival of the White Man; or Rudyard Kipling's poem "The White Man's Burden" (1899), which articulates the assumptions and struggles of an earlier Western moment in interacting with less "advanced" cultures. I think about the essay by Wayne Booth, "Is There Any Knowledge that a Man Must Have?" (1967), which explores the assumptions about society and human nature behind various different models of education. None of these pieces tells students what to think; all of them require careful reading, thoughtful contextualization, and considered response. None of these pieces is contemporary; all have resonance for contemporary citizenship.

Surely this escape from the tyranny of the immediate is one of the key goods of education. In a culture of instant gratification and instant communication, young people increasingly need help to contextualize: to recognize that the world beyond their own immediate lives is real, interesting, and "relevant," not only on their own doorstep but also in other parts of the world, and in the past of their own civilization and that of others. Reading widely in the literatures of the past is not generally going to offer immediate practical solutions to present social problems. But this kind of reading is set fair to create a more thoughtful, sensitive, and articulate public sphere where awareness of past crises, their contexts and the rhetoric around them, will inform and broaden present response. If the humanities can't save us, they can surely and beautifully help us to see what salvation might truly involve.

How to honour dead poets: P.K. Page and the glosa form