The one weakness of Michael Coren's new book Why Catholics Are Right is that it is wrong, or at least its title is. 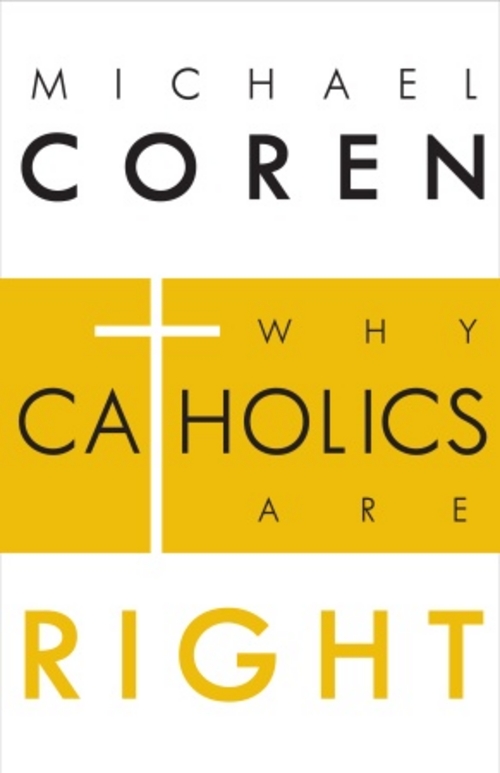 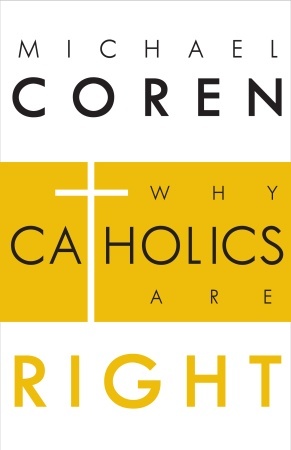 
The one weakness of Michael Coren's new book Why Catholics Are Right is that it is wrong.

At least the title is wrong. It is theologically wayward. Worse, it misrepresents the true thrust of Coren's argument.

Catholics aren't right because they are Catholics. On the contrary, all Catholics—all Christians—are sinners. Any who enter a Catholic church thinking they are "right" need to find the nearest confessional quickly.

There is a story, which sounds like the setup to a joke but is actually true, of a young woman who was in St. Peter's on a day Pope John Paul II was hearing confessions. Lo and behold, she found herself confessing to the pontiff himself. Flustered, all she could think of to say was that she had recently become a full member of a prominent lay Catholic organization.

It was a gentle reminder of where pride—and especially coming to the confessional in what sounds suspiciously like a state of pride—can lead next. It's why the first phrase spoken by the penitent is the humbling "bless me, father, for I have sinned" and those spoken upon absolution are the humility-filled words "Lord have mercy on me, a sinner."

Saying Catholics are right is prideful. Granting "right" to Catholicism (which is to say, the teaching and tradition held by the Roman Catholic Church as the mystical body of Christ) is entirely defensible. I, for one, would be on the front line of its defense. But Catholics themselves get "right" only by fidelity to the Church acting through God's grace, not from hubristic ecclesial, social, cultural, or personal self-identification.

A far better title for Coren's book would have been Why Catholics Do What It Is That They Do, though such prolixity admittedly might lead to harsh judgment of its cover. It would have been graphically ugly and—anathema to publishers everywhere these days—erased the pugnacious ambiguity that fuels best-seller controversy.

It would, however, have accurately expressed the content inside the covers. It's immediately evident that Coren's intention isn't to revel in a kind of goading triumphalism. Rather, it's to confess the genuine faults of the Catholic Church, defend her from false accusations brought by her enemies, and explain in the best apologetic tradition the "what" and the "why" of her actions in the world.

Here he shows himself to be both a righteous Christian and a courageous writer because his first act in the book is to tackle head-on, in the first chapter, the grotesque sexual abuse cases that have devastated the Church, the faithful, and above all, the victims during the last decade. Coren gives no quarter to those responsible for the sexual crimes, nor to those who shirked their responsibility in bringing the criminals to justice.

The priestly sex abusers are scorned as "perverts" and disordered "cowards" who "hid their criminality beneath the sacrament of the priesthood." The victims were "smashed, destroyed, broken, abused, raped." The hierarchy that knew but turned a blind eye "make us cringe and shake our heads in disbelief" at their naiveté or, in a few outlandishly horrific cases, complicity.

Yet he is equally direct in outing those whose motives for attacking the Church have nothing to do with genuine concern for the victims, and everything to do with finding another handy excuse to excoriate their perceived enemy. More, he shows remarkable perspicacity in laying bare those motives: "The Church is composed of people, and people do terrible things and commit sin—it's what the Church has been telling us for two thousand years and continues to tell us, which is why the Church is here and . . . one of the major reasons people hate it so much."

What Coren manages dexterously to do is show how that hatred of the Church causes the magnification of its human failings, not the other way around, without for an instant pretending that its faults and its flaws are absolved simply by virtue of it being the Church. The fact of the hatred gives context to the criticism, not cover fire for what has been committed.

From the Crusades to the Inquisition to Galileo to whatever other historical mud her foes wish to throw, Coren admits, the human hierarchy of the Church has sometimes been wrong. It has never, however, been anywhere near as wrong as her detractors insist, and generally not for the reasons they assert.

In like manner on matters of dogma, from Mary to saint-making, from transubstantiation to papal infallibility and inflexibility on matters of sexuality and life, the Church has sometimes erred in failing to communicate her beliefs to the world effectively. But as Coren effectively argues, merely leaving the uninitiated confused says nothing at all about being fundamentally wrong.

Speaking to the rightness of the Catholic Church by grounding his arguments in the foundations of the faith, Coren is able to carry off a sound demonstration of when, why, and how Catholicism has been right for two millennia, regardless of how often or egregiously individual Catholics have erred.

Truly, it is the centre of all serious and faithful Christian theology. By definition, no true followers of Christ, whatever their denomination, could differ on at least that one point.

That said, denominational differences are held to matter significantly in Why Catholics Are Right. And Coren makes no apologies for the singularity of his apologetics. He has no interest in letting ecumenism override the authority of the Roman Catholic Church: "In a perfect world, some argue, everybody would be entitled to the Catholic eucharist. In a way, I suppose, that is true because in a perfect world everybody would be Roman Catholic."

The one problem with such theological utopianism is that even if everybody were Catholic, nobody would yet be perfect. That is why Heaven, in Graham Greene's wonderful phrase, is situated firmly on the other side of death, and why perhaps the prudent thing to do is wait until we get there to finally settle ultimate matters of right and wrong.