In his provocative book The Republic of Grace, Mathewes suggests how Christians can cultivate hope in their political lives despite the pervasive brokenness in the world. 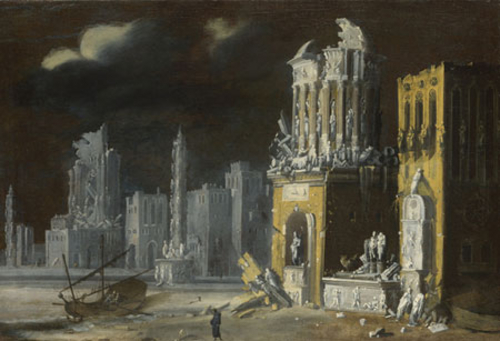 Augustine is back. No longer confined within the walls of the church or church history classrooms, he is once again a potent force shaping the way Christians think about their everyday public lives. Augustine's return to the public square can be attributed to a handful of first-rate scholars who are applying his thought to contemporary political patterns and structures. Charles Mathewes, Associate Professor of Religious Studies at the University of Virginia, is one such scholar. In his most recent book, The Republic of Grace: Augustinian Thoughts for Dark Times, Mathewes continues his earlier work of appropriating the Augustinian tradition by offering a primer on politics for Christians.

To go about this task, Mathewes uses the Augustinian-Christian virtues of faith, hope, and love to serve as a framework for invigorating both citizenship and discipleship. As indicated by his subtitle—Augustinian Thoughts for Dark Times—Mathewes employs this framework to ask one primary question: how can Christians cultivate and inhabit hope in their political lives despite the pervasive brokenness and ambiguity in the world? Addressing this question, in his view, is "the central political task of today."

In order to embody hope in politics, Mathewes argues that we first need to view the world correctly. Hence, Part I of his project (Chapters 2-4) is entitled "Seeing as Christians." This section examines how the virtues hope, faith, and love (in this specific order) might organize and inform the Christian life, and thereby shape how we interpret what is going on in the world. For Mathewes, perceiving the world correctly is the crucial first step because it provides the proper foundation for worldly engagement. It enables us to properly discern how we might approach political life as a training ground for our true citizenship in the Kingdom of God, or as Mathewes refers to it, "the republic of grace."

Mathewes begins this section with an analysis of hope, because today's "war on terror" most immediately challenges this virtue. He argues that, especially in political life, the psychology of terror tempts us toward anxiety and despair. To help us overcome these temptations, Mathewes looks to Augustine's experience of his own war on terror against the Donatists. Augustine's parallel experience illustrates how our current struggle is ultimately a war over hope. It is a war that entices us to forget that things are not yet as they shall be. Keeping this in our purview does not finally lead to an escapist mentality, but to a hopeful vision that animates our engagement in worldly life.

Next, Mathewes turns to that which challenges our ability to cultivate the virtue of faith—namely, the temptation toward idolatry. Since the fall of the Berlin Wall, and with it the end of the Cold War, the United States has exercised unmatched dominance in the world. Mathewes underscores how this has created faith problems for those at home and abroad. For many in the U.S., it has produced an idolatrous form of nationalism, whereas for many in other nations, it has led to a type of American demonization that is just as idolatrous. Mathewes concludes that both of these tendencies are forms of escapism. They ignore the fact that the United States is a complex nation that generates blessings and curses alike. Considering this complexity, Christians in America can view their country's political make-up as something that deserves our "provisional allegiance."

Finally, Mathewes claims that to "see as Christians" we need to cultivate the virtue of love. In our modern political environment, he avers that the main factor occluding this love is "millennial capitalism." By this, he means that we are currently overwhelmed with the god of choice, so much so that we are increasingly defined by what we choose. For instance, identity is no longer discovered but chosen, and then it is discarded when it no longer suits us. Mathewes asserts that this too is a form of escapism; it avoids any real encounter with ourselves, others, and God. To do better, we need to recognize that at our core, we are individuals defined by what we love. As those characterized first by our love for God, we are then enabled to recognize our responsibility to love others.

After Mathewes counsels us on how to "see" as Christians, in Part II (Chapters 5-7) he asks: If people view the world through the aperture of hope, faith, and love, how will they appear to others? What type of dispositions and practices will characterize their lives? In light of these questions, Mathewes entitles Part II "Looking Like Christians." In this section, he takes a step back from the pressing challenges of the moment to ask how the wider scope of human history challenges our ability to live through the theological virtues. In doing this, he strives to provide a robust Augustinian language to help Christians evince how these virtues bind us more firmly to our faith and our role as citizens.

In this section, Mathewes reverses the order in which he presents the virtues to demonstrate a slightly different dynamic between them. He begins with love, applying this virtue to civic responsibility. He notes that citizens of the United States are co-sovereigns (literally, like kings) insofar as they govern themselves in terms of the laws they elect to live by. This gives American citizens an indelible position of authority in which they are called to make judgments about the order and justice of their society. Mathewes claims that the virtue of love is fundamental to this task, insofar as those who love will inhabit and participate in political life differently than those who do not. As those given the responsibility to judge with authority, citizens who love will be characterized by mercy, fear, and trembling in their pursuit of the common good.

Our responsibility to the common good demonstrates that the Christian faith is neither apolitical nor isolationist. Yet is not accommodationist either. According to Mathewes, it should be "complicatedly ambivalent" about its commitment to liberal-democratic states. Hence, as Christians we should be committed to pursue justice by means of our polities, but not on our polities' own terms. Our "terms" come from our faith, for civic allegiance is ultimately grounded in Christian allegiance. By living into our rival citizenships—as citizens of the "republic of grace" and of our polities—we can actually strengthen our commitments to both.

To "look like Christians," the virtues of love and faith finally culminate with the virtue of hope. Mathewes repeats that in our contemporary political environment, this virtue faces the greatest challenge. Much of this has to do with the temptation toward apocalypticism, which seeks to escape to the end of history now; it desires closure. Yet the reality of our eschatological condition resists this closure. Though it affirms that one day all will be well, it refuses to determine just how this might look. Eschatological hope acknowledges that we cannot obtain finality in this dispensation, but we can experience what is real. Consequently, our call to political engagement is a call to seek the real, trusting in hope that one day it will be transfigured into the final.

Mathewes' purpose in both of these sections, "Seeing Like Christians" and "Looking Like Christians," is to provide counsel (not advice) on how to cultivate and inhabit hope in politics. Like any good counsellor, he succeeds in making his audience feel somewhat uncomfortable, particularly theologically. This lack of comfort, however, is a healthy thing insofar as it challenges common theological weaknesses and oversights. As one who identifies with much in the neocalvinist theological tradition, I find Mathewes' counsel cautions me not to minimize the ubiquitous and pernicious effects of sin when considering theology and public life. This fact easily gets lost when trying to maintain a robust theology of creation that informs political engagement. Moreover, Mathewes' delineation of the theological virtues helpfully reminds me that this world is not all there is. Hoping for my heavenly home is essential. To acknowledge this is not necessarily otherworldly or Platonic. Rather, it can be profoundly pro-creation.

Mathewes' notion of sin as "escape" throughout the book is also indispensable. Whether tempted toward despair, idolatry, millennial capitalism, or apocalypticism, we are in each case tempted to escape what is "really real" about our present circumstances. What is really real is the fact that we live in an era marked by ambiguity, tension, and contradiction. This makes any form of political ethic fraught with complexity. The triumph of The Republic of Grace is that it never diminishes this complexity; it refuses to ignore the intricacies of our dispensation in order to pursue its own theological agenda. Instead, it serves the task of living amidst these intricacies by way of the theological virtues.

There are times when I do not assent fully to Mathewes' positions (such as his sacramental understanding of reality). Yet I admit that I have much to learn from these positions as well. And if we had the chance to discuss them, I imagine that our differences might be minimal. In the end, no matter what theological (or secular) tradition one comes from, Mathewes' insights in The Republic of Grace are manifold. But especially for those who are sympathetic to neocalvinism, this book is a must-read. Neocalvinism and neo-Augustinianism are two contemporary traditions thinking about Christianity and public life with utmost determination. For the benefit and sharpening of both traditions, dialogue is essential. The Republic of Grace is a good starting point for this task. 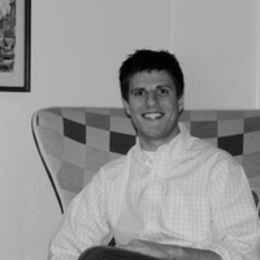 Clay Cooke was born and raised in small town North Carolina, where he received a B.A. in Religious Studies from North Carolina State University in 2004. He completed his Master of Divinity at Fuller Theological Seminary in March 2010, and is currently pursuing a PhD in Ethics and Historical Theology. Clay currently serves on staff at his church, Grace Pasadena.