Bryan T. McGraw is chair and an Associate Professor of Politics and International Relations at Wheaton College in Wheaton, IL. He earned his Ph.D. in political science at Harvard University and has taught at the University of Georgia, Notre Dame University, and Pepperdine University.  His first book, Faith in Politics: Religion and Liberal Democracy, was published in 2010 by Cambridge University Press.  He is the co-editor of Natural Law and Evangelical Political Thought and has published work in Perspectives on Political Science, Critical Review of Social and Political Philosophy, Political Studies, and several other places. His research interests focus on the intersection between religion and liberal political thought, Christian political thought, just war theory, and other topics too many and varied to be healthy.  He teaches regularly classes on classical and medieval political thought, modern political thought, church and state, political ethics, and film and political theory.  His wife, Martha, is a neurologist at Central DuPage Hospital and they have three children. 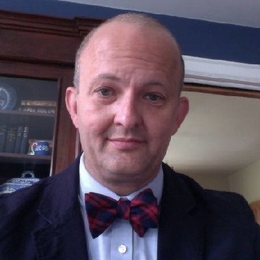