David Henreckson is the Raquet Endowed Director’s Chair for the Institute of Leadership and Service and teaches in the honors program at Valparaiso University. Previously, he served as visiting assistant professor of religion at Gustavus Adolphus College, and assistant professor of theology at Dordt University, where he was also director of the Andreas Center for Reformed Scholarship and Service. He earned his PhD in religion at Princeton University. He previously earned an MTS degree from the University of Notre Dame, specializing in moral theology.

His book, The Immortal Commonwealth: Covenant, Community, and Political Resistance in Early Reformed Thought, was published by Cambridge University Press in 2019 and was a recipient of the Manfred Lautenschlaeger Award for Theological Promise. His scholarly work has appeared in peer-reviewed journals such as the Journal of the Society of Christian Ethics, Studies in Christian Ethics, and the Journal of Reformed Theology, as well as magazines such as Christianity Today, Comment, Fare Forward, and Political Theology Today. 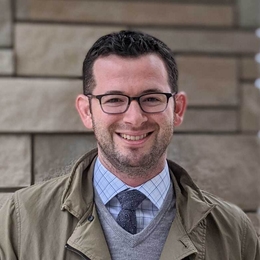