Dick Keyes is the director of L'Abri Fellowship in Southborough, Massachusetts, where he has worked with his wife and family for 30 years. He holds a B.A. in History from Harvard University, and an M. Div. from Westminster Theological Seminary in Philadelphia. He has worked for L'Abri Fellowship in Switzerland and in England, where he served also as a pastor in the International Presbyterian Church in London. He has been an adjunct professor at Gordon Conwell Seminary and Westminster Theological Seminary in Philadelphia.

He is the author of Beyond Identity, True Heroism, Chameleon Christianity, and Seeing Through Cynicism, as well as several chapters in anthologies such as No God But God, ed. Os Guinness, and Finding God at Harvard, ed. Kelly Monroe, and The New Dictionary of Christian Apologetics. He is now working on a book about the questions of Jesus. 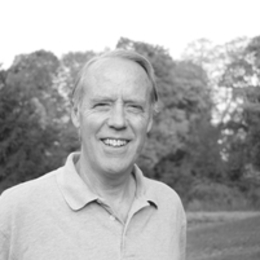