Social psychologist David Myers is a communicator of psychological science to college students and the general public.

His scientific writings, supported by National Science Foundation grants and fellowships and recognized by the Gordon Allport Prize, have appeared in three dozen academic periodicals, including Science, the American Scientist, the American Psychologist, and Psychological Science.

David has digested psychological research for the public through articles in four dozen magazines, from Scientific American to Christian Century, and through seventeen books, including general interest books and textbooks.

He is a Seattle native, an all-weather bicyclist, and an avid noontime basketball player and fan of his college's basketball teams. David and Carol Myers married while undergraduates at Whitworth College and are parents of three adult children, sons Peter and Andrew, and a daughter, Laura. 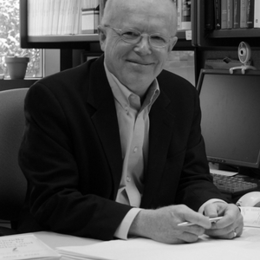