Evan Mann was born in Colorado Springs, Colorado in 1985. Loving parents raised him, but unfortunately they divorced. Eventually his dad moved to Pennsylvania, where Evan attended middle and high school, but all the while his heart remained in Colorado, where he spent summers and vacations with his mom. Evan decided to attend Colorado State University in Fort Collins, where he studied printmaking, made many friends, and explored the outdoors. Evan studied abroad in Greece on the island of Paros for three months in 2007; he thinks fondly upon that experience. Upon returning from Greece, he was chased by a bear while trail running in the woods. Then he met a girl. Shortly thereafter, he was struck by lightning while climbing the 3,000-foot vertical face of Longs Peak in Rocky Mountain National Park. He thought he was going to die, but this was not the case. He became engaged to the aforementioned girl shortly after graduation in 2008 and decided to get married instead of pursuing graduate school. Evan and Deborah became husband and wife in September of 2009. Evan held an aerial photography job, where he frequently became dizzy looking through a camera lens while spinning tight circles in bumpy skies. He decided to attend to graduate school the following year; the wife encouraged it. Around this time, he converted to Eastern Orthodox Christianity with Deborah—a long and difficult process. Evan Mann currently lives in Providence, RI, with his supportive wife, where he attends graduate school at Rhode Island School of Design. Evan's favorite foods are olive oil, oatmeal, fruit, cashews, nutty wholesome breads, and peanut butter; he also has a sweet tooth, but sugar makes him tired. He is captivated by the Numinous and the awe of the Divine Love; his work explores these mysteries. 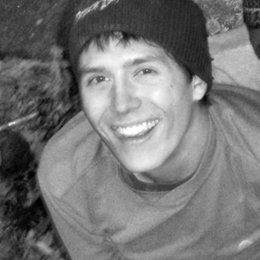