Returning to Canada in the summer of 2000, Geoff accepted responsibility for The Salvation Army operations in Regent Park, an inner-city neighbourhood in Torontoâ€™s downtown eastside. Regent Park is home to the oldest and largest housing project in Canada. Since the opening of 614 Regent Park in the spring of 2001, this faith community has become a model for other inner city missions around the world. The 614 network presently includes over 20 active faith communities in under-resourced urban neighbourhoods in six countries.

Geoff has spoken at numerous international events for the Salvation Army and other events and conferences across Canada, the UK, Australia, New Zealand, the USA, Africa and Europe.

Geoffâ€™s training and background is in graphic design and journalism. He has written extensively for various publications, published five books of essays and edited a book of academic papers. He is the coordinator of the 614 network (www.614network.com), co-founder and publisher of theRubicon, an online journal of thought and opinion (www.therubicon.org) and the convener and event leader of the bi-annual Urban Forum (www.theurbanforum.com).

Geoff is President of the Kiwanis Club of Toronto and works part-time at The Salvation Armyâ€™s national office in Toronto as a field-based consultant for urban ministries.

In addition to playing in a menâ€™s indoor soccer league, Geoff drinks way too much coffee, is fascinated with politics, has two tattoos, is a magazineaholic and enjoys hanging out with his three children. 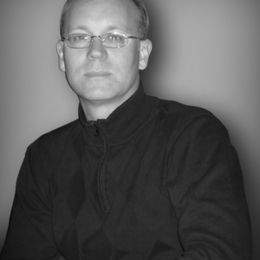